Martin Luther King Jr Day is one of two federal holidays we celebrate in January (the other being New Year’s Day). Here’s the story of how it got started.

A campaign to honor King with a federal holiday began shortly after his assassination in 1968. It began being promoted by labor unions around this time, and U.S. Representative John Conyers (D-Massachusetts) was the first elected representative to put forth a bill proposing such a holiday be established. Though the promotions and the bill both came about in the late 1960’s, Conyers bill was not actually voted on by the U.S. House of Representatives until 1979. At that time, it came in at five votes short of what was needed for passage.

The main arguments the elected representatives who opposed the holiday had been that it would be too expensive to have another paid federal holiday for federal employees and that there had never been a federal holiday to honor a private citizen who had never held a public office.

The campaign for the holiday did not end with this vote, however. The King Center, which was named after Martin Luther King, Jr., and was dedicated to continuing his civil rights work, began promoting the idea of the holiday to the public. Singer Stevie Wonder released a single called “Happy Birthday” to promote the campaign in 1980, and he hosted the Rally for Peace press conference in 1981. Eventually, six million signatures were collected in a petition to present to Congress to establish the holiday. This effort was later determined to be the largest issue petition in the history of the United States.

When the vote came before Congress once more, it was not without opposition, even with the unprecedented success of the petition. Two North Carolina Republican senators, Jesse Helms and John Porter East, wondered whether King was historically important enough to receive a federal holiday in his name. Helms was also particularly concerned about King’s opposition to the Vietnam War and said he believed King supported Marxism. Helms even went so far as to lead a filibuster on the Senate floor with a three-hundred-page document outlining King’s supposed communist connections. In response to this, New York senator Daniel Moynihan said Helms’s document was nothing but filth, and he grabbed it, threw it to the floor of the Senate, and stomped on it in front of the other senators.

Eventually, President Ronald Reagan signed the holiday into law on November 2, 1983. The vote to create the holiday passed Congress by 338 to 90, which was enough to override any possible presidential veto, so Reagan, who had originally been opposed to the holiday because of the cost, went ahead and signed it. The holiday’s first official national celebration was on January 20, 1986. The bill that created the holiday also established the Martin Luther King, Jr. Federal Holiday Commission, to oversee the celebration of the holiday. King’s wife, Coretta, was made a member of this commission by President George H. W. Bush in May of 1989.

The holiday was a federal one, which meant that only the federal government and federal bureaus were required to celebrate it. Federal employees got the day off work for it. The states, however, were not required to observe it at the state level (though the holiday still applied to federal employees in the individual states). New Hampshire was the first state to add the holiday to its state holiday roster when it replaced its “Fast Day” with what it at the time called “Civil Rights Day” on the same day as Martin Luther King, Jr. day in 1991. Gradually, other states adopted the holiday, as well, though it took a while before all of them called it Martin Luther King, Jr. Day. Utah was the last state to adopt the name along with the holiday when it changed its “Human Rights Day” to Martin Luther King, Jr. Day in 2000. That became the first year all of the states celebrated the holiday using the same name for it.

While the states made the day a recognized holiday, not all of them gave state-level employees a paid holiday for it right away, as the federal government did. Arizona actually lost a chance to host the Super Bowl over it, when their state legislature did not make it a paid state holiday in time for Super Bowl arrangements to be made there. South Carolina was the last state to make the holiday a paid day off for state employees, when the governor signed a bill to do so on May 2, 2000. Before that, state employees in South Carolina were given a choice of taking Martin Luther King Jr. Day off as a paid holiday, or choosing one of three Confederate holidays the state still celebrated.

Private employers are not required by any federal or state government to give their employees the day off, but some choose to do so. Each year, there is a little increase over the year before among employers in the private sector who make the day a paid holiday for their employees. Around 33 percent of private employers give their employees a paid day off, currently. It is most popular as a paid day off among non-profits, and least popular among employers in factories and manufacturing. Most schools, including colleges and universities, close for the holidays. Those few that do not typically hold seminars about King, or celebrations of him on the holiday.

Martin Luther King, Jr. Day has had a tumultuous history in the United States. However, it is now an accepted and honored part of our national culture. 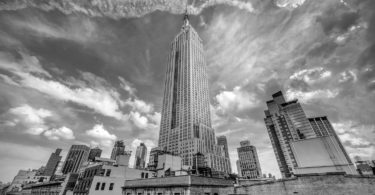 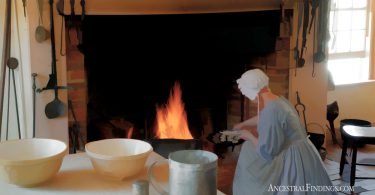