Union Terminal in Cincinnati, Ohio is a famous Art Deco building that has been used as a train station to varying amounts since the 1930’s. It is, perhaps, more famous for the museum that now takes up most of the building, as well as the theater and library that it also houses. Here is what you need to know about the history of this quite remarkable, intriguing building.

Union Terminal in Cincinnati, Ohio is now used as a museum, called The Cincinnati Museum Center at Union Terminal. It went without being a train station for many years but resumed hosting trains in 1991. Today, it is a museum and mixed-use building in the city’s Queensgate neighborhood and includes a theater and a library in addition to the museum (with traveling exhibitions) and train hub.

The building was constructed in 1933 and is a wonderful example of Art Deco architecture, which was popular at the time. Because of its unique architectural style, the building was given designation as a National Historic Landmark in 1977.

Cincinnati was a big hub for railroad traffic beginning in the mid-1800s, and proposals to build a central train hub began in the 1890s, to better accommodate all this traffic. However, an agreement between the seven railroad companies serving Cincinnati and the city for building this station was not reached for nearly three decades. The agreement was reached largely due to strong lobbying and negotiations on behalf of the railroads.

When construction began, the primary architects were Alfred T. Fellheimer and Steward Wagner. Paul Philippe Cret and Roland Wank were design consultants. Cret often gets credited for being the primary architect, as he was the one who came up with the station’s signature Art Deco look. The rotunda of the station is the largest semi-dome in the western hemisphere of the planet.

There is a lot of artwork in the form of sculptures on the building, most of it commissioned by famous artists of the time. There are also murals. Fourteen murals had to be removed in 1972 when the concourse part of the building was torn down. Those murals were moved to the Cincinnati/Northern Kentucky International Airport and displayed there; it cost $1 million to move them, but they were deemed worth preserving for their artistic provenance and nature.

Not all artwork at the terminal has been removed. A famed painter of the days of its construction by the name of Pierre Bourdelle painted a number of murals that are still there, including a jungle-themed one in the women’s lounge, as well as other works in the baggage check area, the men’s lounge, the executive offices, and the building’s meeting spaces. These murals can be seen today on tours of the building.

When it came to building the terminal, a company was created just for that purpose… the Union Terminal Company. Construction began in 1928 with the regrading of the eastern flood plain of Mill Creek. This effort required five and a half million cubic yards of landfill to do. Grade separated viaducts were built over Mill Creek where the railroad approached the building. These viaducts range from incredibly well constructed to hastily put together and shabby.

After a few years of preparing the grounds where the building was to be constructed, work on the actual building began in 1931. Russell Wilson, who was mayor of Cincinnati at the time, laid the mortar for the cornerstone. Construction on the building went very well and was completed ahead of schedule. It was even used before its official opening when the Ohio River flooded in 1933, and the railroad lines going to and from the station were needed to bring in emergency supplies and workers. The official opening of the building for public use was a couple of weeks after this. The entire building project cost $41.5 million… a large sum today, and an even more improbable one for the Great Depression, during which the building was built.

When the building was in its prime as a railroad facility, it served 216 trains a day, with 108 coming in and the same number going out. There are three concentric traffic lanes in the design, which were intended for dropping off and picking people up from the station. One lane was for taxis, one was for buses, and one was for streetcars (though that one was never used). Unfortunately, train travel was already in decline by the time the station was built, and local newspapers were declaring it a waste of money before the decade was over. WWII brought a brief return of large-scale train travel to the station in the 1940s, but it declined in use again in the 1950s and 1960s as people began to prefer traveling by automobile, which was a cheaper form of travel.

By the time Amtrak was established in 1971, train traffic at the station had been reduced to two trains a day. The next year, Amtrak quit using the station altogether and opened their own, smaller station elsewhere in the city. Eventually, train travel stopped at the building, and it was largely neglected until becoming a museum. Amtrak resumed using the station in 1991.

In April 2018, Amtrak announced it would be de-staffing fifteen Amtrak stations across the country, and Union Terminal in Cincinnati was included in the list. The station’s two full-time ticketing agents were replaced with a part-time caretaker whose job was to assist passengers who stopped there overnight. Tickets are no longer able to be purchased at the station, and baggage cannot be checked there. In addition, no unaccompanied minors are allowed to board or get off an Amtrak train at the station. While the station is still used by Amtrak for boarding and disembarking, it is no longer a full-service station.

With renovations being done on the building beginning in 2018, proponents of train travel have expressed hope that Amtrak will make the station a full-service one again when the renovations are done. In the meantime, the museum portion of the building is still as popular as ever, and it is a favorite with fans of architecture. 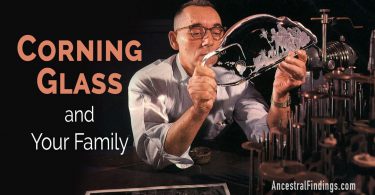 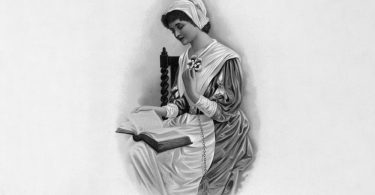