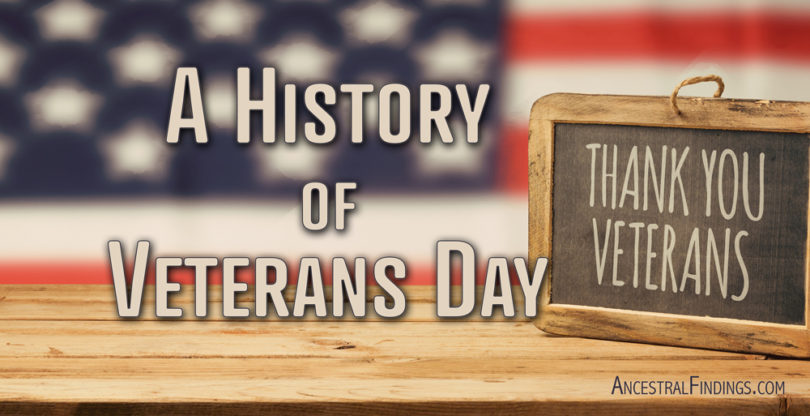 Do you know the history of Veterans Day? Since our nation celebrates it on November 11, we should all know how the holiday originated. Here are the details.

Veterans Day is a federal public holiday in the United States and is celebrated every year on November 11. The holiday is meant to honor veterans of the U.S. military, which includes anyone who has served, whether they were in combat in a war or not. Other countries celebrate similar holidays at or around the same time of year as the United States, such as Remembrance Day and Armistice Day, which were established after the end of WWI. In fact, WWI officially ended at 11 am on November 11, 1918, which is why these holidays are celebrated at this time. The U.S. holiday was referred to as Armistice Day, as it is in certain parts of Europe, until 1954, when it was renamed Veterans Day.

Veterans Day is not the same as Memorial Day, which is celebrated in May and is meant to honor veterans who died while doing military service. Veterans Day celebrates anyone who has served in the United States military, even currently living ones.

On Veterans Day, all federal agencies are closed, the mail is not delivered, and schools are closed, as well. Some state, county, and local government entities also celebrate Veterans Day, but it varies from place to place across the country. There are towns that have parades, memorial presentation, military demonstrations (such as Air Force flying shows), and more, while other areas do nothing except enjoy a day off if they get one. Those who do not work for a government agency or public school do not always get Veterans Day off work; it all depends on the employer.

The Congress of the United States requested the president make annual proclamations of Veterans Day (then called Armistice Day) in 1926. It was observed before then, but made an official, legal holiday on May 13, 1938, with the date of celebration set as the 11th of November each year. Congressional Act 52 Stat. 351; 5 U.S. Code, Sec. 87a stated the newly established holiday was to be, “a day to be dedicated to the cause of world peace and to be thereafter celebrated and known as ‘Armistice Day’.”[1]

Originally, the holiday was to honor only those veterans who had died in battle in any war in which the United States had participated. This changed after WWII in 1945. A living veteran of that are named Raymond Weeks proposed the idea to the federal government to use Armistice Day to celebrate every veteran, not just the ones who died in wars. Bringing a delegation with him to Washington D.C. to meet with President Eisenhower, Weeks was successful in his bid for a change to the scope of the holiday. He even got to lead the first official celebration of the new version of this day in 1947 and continued to lead the celebrations in his home state of Alabama until he died in 1985. Because of Weeks’ campaign, he was recognized by President Ronald Reagan and Elizabeth Dole as the father of Veterans Day and is still known as such today. The next change to Veterans Day came in 1971 when the Uniform Monday Holiday Act was passed by Congress. In accordance with this act, all federal holidays, including Veterans Day, were held on Mondays. Veterans Day was held on the last Monday in October from 1971 to 1977. In 1978, it was moved back to its November 11 celebration date. However, the rules for celebrating it were changed slightly so that if Veterans Day is on a weekend day on any given year, the formal celebrations and days off work will be held on the Friday prior or Monday after (Friday if the actual holiday is on a Saturday, and Monday if it is on a Sunday).

Even though only the federal government, its agencies, and public schools are required to be off on Veterans Day, there are some private employers who give their employees the day off out of courtesy or respect for the holiday. Currently, about 21 percent of private employers in the United States give their employees the day off on Veterans Day. If there is a compelling reason why a federal employee needs to work on that day, they are given holiday pay for doing so.

Because Veterans Day at the birthday of the Marine Corps in the United States are only a day apart (with the Marine Corps celebrating on November 10 harkening back to its 1775 formation), the Marines often celebrate both holidays as one long one, with a four day liberty period.

There have been calls to have Veterans Day and Election Day merged into one holiday to make it more convenient for people to vote. Some see it as ironic that people are required to go to work on Election Day (when other countries make it a holiday), which often makes it difficult for them to vote, and believe merging the day with Veterans Day so everyone could be off work to vote as a good way to honor veterans who have served the country and defended the freedoms of those who live there, such as the freedom to vote.

There is one final part of Veterans Day that may confuse some people. While it is spelled “Veteran’s Day” in most calendars and special holiday sales and event advertisements, the website of the U.S. Department of Veterans Affairs says it is meant to be spelled “Veterans Day,” without the apostrophe, because the apostrophe indicates the possessive, and the holiday is not one that belongs to veterans. Instead, it is a day for honoring all veterans. When spelling the holiday, this is an important thing to remember. 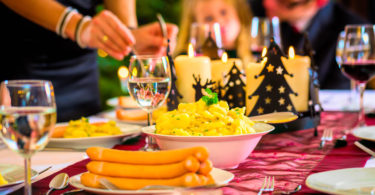