The 1860 US federal census is the last one taken before the Civil War. It is slightly more descriptive than previous censuses, but not as descriptive as post-Civil War ones. Here are some of the interesting findings of this unique census, as well as what information about their ancestors today’s genealogists can probably find there.

There are few genealogical records in the United States that reveal as much information as a US census. A census tells a lot about both individuals and families as they were at that moment in time that the enumerator questioned them. With a census, you get a metaphorical “snapshot” of that individual or family at that time, showing you where they were living, as well as how they were living.

A lot of useful information can be both obtained and gleaned from a US census, and the 1860 US federal census is no exception. This and the other US federal censuses are the building blocks of American genealogical research and are usually among the first records new researchers turn to after exhausting records already within the immediate family (and after interviewing older family members). Experienced researchers return to the census records again and again, showing just how important they are to genealogists doing research into their American ancestors.

The 1860 US federal census was the eighth one conducted in the United States, and it began on June 1, 1860. Enumerators were out in the field taking the answers to the questions they asked until November of that year. The results determined that the population of the United States at the time of the census was about 31.4 million. This was a 35.4 percent increase over the previous 1850 US federal census. The 1860 population count included nearly 4 million slaves.

The nation was already moving toward the Civil War by the time the results of the 1860 US federal census were available to be tabulated. Because of this, the supervisor of the census, Joseph C.G. Kennedy, instructed his office to only produce abbreviated public reports, without any graphics or cartography, as had been customary in previous censuses.

The exception to this was the production of a cartographic display that included maps of the southern states. These maps were given to Union field commanders. The maps had information on them that was important to the Union army, including where predominantly white populations were, where concentrations of slaves were, the locations of primarily agricultural areas, and the locations of postal roads and trains.

This census was a success for the city of Philadelphia, which regained its former position as the second most populous US city (next to New York City), a position it lost to Baltimore in 1820. However, it lost the title again in 1890, this time permanently, to the city of Chicago.

Census enumerators for the 1860 US federal census were given instructions to record the names of every person in a household, not just the heads of households, something that had begun being done in the 1850 census. Relationships between members of a household were not shown, which was something that did not begin being recorded until the 1880 census.

Categories of information that were recorded in the 1860 US federal census include, for each member of a household, regardless of age or marital status:

Two schedules were prepared for this census. One was for citizens of the United States, as well as residents. The other was for slaves, who were not considered citizens or residents, but rather were classified as property.

Other data from 1860 is also quite revealing about what the country looked like at this time in history. As an example, farmers (both those who owned their farms and those who rented them) comprised almost ten percent of listed occupations. Among the farming profession, farm laborers who worked for wages on farms they did not own were the largest group, followed closely by general laborers (who performed non-farming work on farms, such as slave overseers and mechanics).

In the northeast, shoemaking was the most common occupation besides farming. Even the women in the northeast appeared in large numbers in the shoe binding or shoemaking industry. The high demand for shoes can be attributed to the large amounts of farmers in the nation, who needed sturdy shoes to safely and comfortably perform their work on their farms. Shoemaking was a rigorous physical job, and this showed that there was a high demand for such workers in the 1860 US economy.

Only a very small percentage of people enumerated in the 1860 US federal census indicated that they had been enrolled in school the previous year… only 0.02 percent of the population. This was barely any higher than the 1850 census, which shows that the value placed on education and the skills it brought a person that they could bring to the US workforce was still not considered important or a priority in most families. This would change after the Civil War.

Finally, the 1860 US federal census was the last one in which the vast majority of personal and family wealth in the south was held in the form of slaves. Slaves were the most valuable form of personal property in the south prior to the Civil War. After the Civil War, southern families had a huge loss of total personal and family wealth, and many of these people and families never regained it through other means. The economic loss was entirely due to the loss of their slaves, who were now considered citizens of the United States and free people. Many former plantations and large farm owners who had relied on slave labor to generate their wealth had to either work their farms themselves or hire people to work it for them. 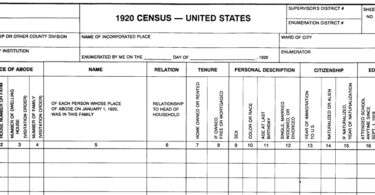 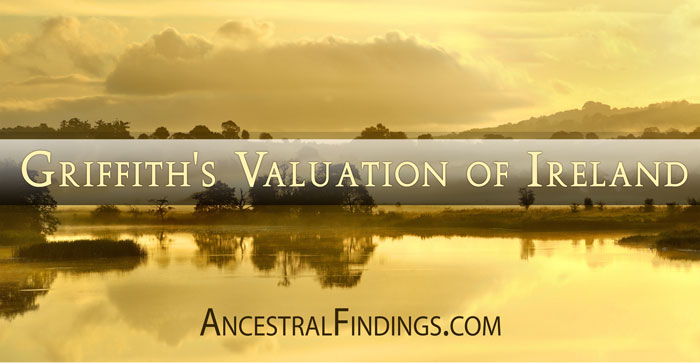