California has a rich history of human civilization going back thousands of years, and some of its folklore originates almost back to the first people to live in the area. There are also European pioneers, gold rush prospectors, Hollywood movie stars and moguls, and more to add to the legends of the 31st state. Here are some of the highlights of the folklore of California.

The 31st state admitted to the union, California has the highest population in the United States, and has the third largest amount of land. It also has a long history behind it, going back to prehistoric times with ancient Native Americans, 16th-century Spanish explorers and missionaries, gold rush prospectors of the mid-1800s, and, of course, Hollywood beginning in the early 20th century. Over the millennia, it has accumulated its fair share of unique state folklore you won’t find anywhere else. Here are some of the highlights of the folklore of California.

The Dark Watchers of the Santa Lucia Mountains

Located between Monterey and Avila Beach, California are the Santa Lucia Mountains, home of the Dark Watchers. No one knows what they are, but there have been reported sightings for generations. They are described as giants with human-like physical characteristics and come out mainly around twilight. They have an eerie presence about them, and when observed, they are always staring off into space from the cliffs and peaks of the mountains.

In fact, the legend of the Dark Watchers is so old that the first mention of them comes from a centuries-old cave painting made by the indigenous Chumash Native American tribe. These creatures appear harmless, as they have not done anything bad to anyone that has been reported. However, they have been known to leave a streak of bad luck on people who have seen them. It is better to not look too high up on the Santa Lucia Mountains, just to be safe, and avoid accidentally seeing one of these mysterious, ancient beings.

The Curse of Turnbull Canyon

Turnbull Canyon is a popular place with hikers, but it is also dangerous. Located between Hacienda Heights and Whittier, California, there are a lot of natural dangers at the canyon, including rattlesnakes and mountain lions. However, the supernatural danger is said to lurk there, as well.

In ancient times, the Gabrielino Native American tribe referred to the canyon as “Hutuknga,” which translates to “Place of the Devil.” The Natives believed that the spirits of other ancient Natives who were killed by early Spanish missionaries for refusing to convert to Catholicism wander here.

Adding to the supernatural reputation of the canyon are reports of Satanic rituals taking place here some decades ago, where children from local orphanages were sacrificed. The cult that performed the sacrifices has disappeared, but the ghosts of hooded figures, fiery creatures, and the spirits of mutilated children are often spotted here. Also, a plane once crashed in the canyon, killing twenty-nine passengers.

The local Navajo Native American tribe claimed to have shamans who used their powers for evil, usually to hurt people. They kept the existence of these beings, who they called “yee naagloshii” (meaning “he who walks on all fours”) secret from the rest of the world until about a century ago. Today, the yee naagloshii, who are also referred to as skinwalkers, take the form of various animals like owls, foxes, wolves, and coyotes to hunt living humans at Joshua Tree National Park.

Even to the present, campers at Joshua Tree have reported hearing the cries of animals or small children just before feeling teeth or claws sink into them. In fact, some people apparently do not survive the attacks of the skinwalkers, as a higher than average number of people are found dead at Joshua Tree every year, and there is a disturbingly large number of people who went there who are now missing, particularly those who went to the part of the park in Riverside County.

The Legend of Char Man

Camp Comfort County Park, located in Ojai, California, has been famous for being haunted for a while. A variety of ghosts are seen there, some on regular occasions. Some of the better-known spirit inhabitants of the park include a headless motorcyclist and a bride donning a bloody wedding dress. However, the spirit (or possible entity) that has been seen there the most often is Char Man.

Reports of it began coming in around the late 1940’s/early 1950s, but no one knows how long Char Man has really been there. All that is known is that he appears with blackened, charred skin. Some believe he was a victim of a fire in the area in 1948, but no one knows for sure.

Char Man continues to interact with people to the present day. Local residents have reported being engulfed in foul fumes shortly before seeing it. If anyone passes out from the fumes, as has happened a few times, they always wake up to find a small fire going nearby, seemingly a gift from the ghostly visitor. Whether it is a benevolent gift or not is not known.

Leave the Town of Bodie Alone

There are a lot of ghost towns out west in the United States. These are towns that were once booming, usually during the gold rush, but sometimes afterward, that are now abandoned. Bodie is one of them, and it is said to be the home of many ghosts. It is also supposedly cursed. This is why you never want to bring a souvenir home from there.

It can be tempting to pick up a small item off the ground or in one of the abandoned buildings in Bodie, California, but don’t. When Bodie was inhabited, the residents were very possessive of everything in the town. The ghosts of those who linger there apparently want to make sure the things they left behind stay there.

If you take anything from Bodie, even so much as a rock, you are said to experience misfortune once you return home, and sometimes even after you return the item.

In fact, this curse is supposedly so real that the park rangers who manage Bodie and the surrounding areas have an album filled with letters from visitors who took items from the town, telling of what they suffered afterward. These letters are usually accompanied by the item the visitor took, which they are returning. 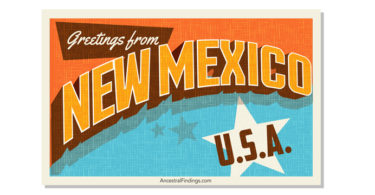 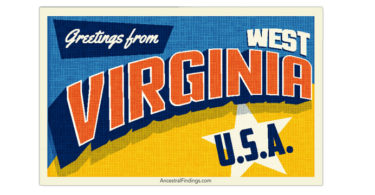