Texas has a long and storied history of human habitation. Native American tribes of too many names to count, some long lost to history, have lived there, as have the Spanish, French, Mexicans, and Americans. It has a lot of land, and a lot of history, plenty of both to have some unique folklore all its own. Here are some of the highlights of it.

Admitted to the union in 1845 as the 28th state, Texas has been inhabited by humans for thousands of years. Before European exploration, the area that would become Texas was home to a variety of Native American tribes over the years, including the Pueblo, Teotihuanac, the Mississippian culture, Apache, Comanche, and various Mesoamerican tribes. No one tribe seems to have been dominant in the area. In fact, the many tribes in Texas were remarkably friendly with one another, unlike in other areas of North and Central America. Actually, the name Texas comes from a Hasinai tribe word — Taysha. It means “friends” or “allies.”

The first documented European exploration of Texas came in 1519 by the Spanish, when an expedition led by Alonso Alvarez de Pineda, drew it in a map they made of the Gulf Coast. Europeans (also Spanish) first set foot on land in Texas nine years later in a shipwreck. That expedition encountered two different Native tribes and made note of their ways of life.

Europe ignored Texas until the French set up a fort there in 1685. After that, the Spanish and the French fought over the area, and even tried to outdo each other in befriending the Native Americans. Eventually, Texas became part of Mexico, then an independent republic, and finally, part of the United States. This storied history has resulted in a lot of uniquely Texan folklore. Here are some of the highlights of it.

In the later 1990s, a journalist called Brian Bethel was working in Abilene, Texas, when he encountered something truly otherworldly and probably evil. Outside a movie theater where he was parked, Brian was approached by two children who knocked on the window of his car. He was freaked out the moment he saw them, though he couldn’t say why. They just inspired it by being there.

Despite his better judgment, he rolled down his car window, and the kids asked him to give them a ride back to their house, so they could get money for a movie. When he hesitated, the kids became more persistent, and even said odd things about how they had no weapons on them. At that point, Brian got a good look at the kids and noticed that their eyes were pitch black.

If he wasn’t already creeped out, he was then. Once they noticed he saw their eyes, the kids began to scream, saying they could only get in his car if he invited them in. In a smart move, Brian drove away. Once he was safely away from the kids, he told other people about it, and even wrote about the encounter in his paper. He was surprised when many other people wrote to him saying they had also experienced creepy black-eyed children like these. Sightings of them continue every now and then in Texas and around the world. No one knows who or what they are, but anyone who encounters them knows to not let them in their car or house.

The Legend of La Llarona

There are a lot of reported hauntings in El Paso, Texas, but one of the best known and most encountered is La Llarona. La Llarona is a Spanish phrase and means The Crier. She is a spirit who is said to be part woman, part banshee, and part horse, and she haunts the banks of the Rio Grande River.

Legend says that she roams there to find the spirits (or possibly bodies) of her two children, who she killed (by stabbing them) and tossed into the river. She did this so that her rich boyfriend would love her and marry her. Like many evil deeds done in a fit of passion, La Llarona immediately regretted this.

She went from the physical world to the spirit world soon after, and began her transformation into the monster she is today, though reports differ as to how she made her crossing. Some say she did it herself, by stabbing herself and jumping in the river. Others say an angry mob threw her in the river when they found out what she did. Either way, those who wander the banks of the Rio Grande at night may encounter her in the form of a woman wearing a bloody nightgown and with the head of a horse.

Located in various parts of Texas, you never know when a Lechuza may show up. In fact, it is better if you stay indoors after dark in that part of the world. A Lechuza is a shape-shifting witch, and the legend goes that they are women who have sold their souls in exchange for magic powers. These powers are said to be far beyond the normal magical powers one might have, which makes the Lechuza pretty powerful, indeed.

At night, the women transform into Lechuzas, which are women with the bodies of birds and the faces of humans. They fly around at night looking for prey. If they find someone (usually a human) they want to eat, they perch nearby and either whistle or make baby noises at their intended victim. If the intended victim goes closer to investigate, the Lechuza pick him or her up in their claws, and fly away with them to eat them in private or with the others of their kind.

The legend of El Chupacabra is so well known that it has appeared on several TV shows, both reality TV and scripted television. More common in Mexico, El Chupacabra occasionally finds its way up to Texas. It is infamous for feeding on livestock, though no humans have reportedly been harmed by it.

A farmer in Cuero, Texas once found what he assumed to be a dead one, after finding some of his livestock slaughtered. He said it looked like a hybrid of a dog and a coyote, but it had no fur, bluish gray skin, and sizable incisors on the lower and upper jaws, which made it clear the creature fed on the blood of the livestock. There have been many encounters over the years, even into modern times. El Chupacabra seems to still be out there. 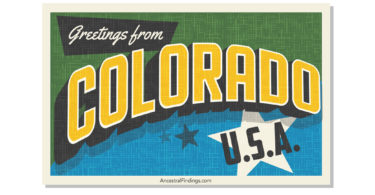 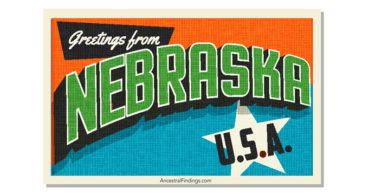