Wisconsin has been inhabited by humans for thousands of years. At that time, it has racked up plenty of folklore tales of its own. Some are ancient tales, and some are more modern, but all are intriguing. Here are some of the highlights of Wisconsin folklore.

Admitted to the union in May 29, 1848 as the 30th state, Wisconsin is the 23rd largest state by area and the 20th largest by population. It has been the home of many Native American cultures going back thousands of years.

The groups of Native Americans came to Wisconsin and were mostly hunter/gatherers. Communities that consisted of farmers, and that stayed in one area year-round to tend the crops. The Effigy Mound Culture people moved in shortly after and created thousands of animal-shaped mounds in the area. The Mississippian and Oneota cultures came along after that and built large, permanent settlements. The Menominee people were living in Wisconsin at the time of the first contact with Europeans.

The first known European to visit Wisconsin was a French explorer named Jean Nicolet. Jean found his way there in 1634 while exploring the Great Lakes, and it is assumed he came ashore in Wisconsin near Green Bay. Twenty years later, two more French explorers came to Wisconsin and began trading furs with the local Native American tribes. There were no permanent European settlements there until after Great Britain won control of the area from France after the French and Indian War; French traders continued to work in Wisconsin, however, even after the war. The first known European settlement there was in 1764, by French traders.

Wisconsin has a lot of interesting and unique folklore all its own. Here are some of the highlights of it.

The Rhinelander hodag is supposed to be a strange creature that is found in the northern part of the state, near the city of Rhinelander (which gives the creature its name). It is said to have a long tail with spears on it, the head of a frog, the face of an elephant, sharp claws, and stumpy legs, with the back of a dinosaur. It eats a diet made up almost entirely of white bulldogs.

The hodag is currently believed to be extinct. The last one reported being seen by humans was captured and killed in the 1890s. Because the hodag is elusive in nature, however, there may be other hodags out in the Wisconsin wilderness to this day.

Aliens appear to have visited Wisconsin. In November of 1974, strange lights were seen in the sky above the town of Antigo. They continued to appear every night for a few nights in a row before a human in the area had an encounter with one. A woman working in a local bar noticed a man of unusually short stature appear, and he seemed to be bouncing as he made his way into the building. He wore a burlap jacket and had creepy looking sharp, white teeth.

The woman believed this man was an alien because he acted oddly and because he insisted that the lights in the sky were merely a meteor. He insisted on this several times, then walked out of the bar and disappeared.

The Bleeding Headstone of Kate Blood at Riverside Cemetery

In Appleton, Wisconsin, there is a headstone that bleeds, and it belongs to the aptly named Kate Blood. Kate was a well known adulteress in her day, and others in the area also believed her to be a witch and a child murderer. She lived in Wisconsin in the 1800s.

Her husband supposedly eventually killed her to stop her evil ways. Rather than haunt him directly, she stayed in the cemetery where they put her remains, to haunt anyone who comes near. Visitors report the land around Kate’s grave is oddly warm, and they have also reported seeing her spirit wearing a dark robe and flying around the area of the headstone. Even creepier, on nights with a full moon, a reddish liquid that looks like blood can be seen seeping out of the stone.

The Will-O’-the-Wisp in Paulding

Paulding is on the border between Michigan and Wisconsin, so the light from this fairy-like creature is seen in both states. It is also known as the Paulding Light. It looks like a flickering light that moves around in the darkness in odd ways that some people find unsettling.

The legend says that the light is the ghost of a railroad brakeman who perished in a tragic train accident in the area. He was attempting to prevent a collision between two trains when one of them hit him. The light is said to be from the lantern he carried with him as part of his job.

The Bloody Bridge of Highway 66

There is a bridge in Stevens Point, Wisconsin that is actually called Bloody Bridge. According to local legend, when cars cross the bridge, the image of a bloody woman in a bridal gown appears in their rearview mirrors. The bridge connects two parts of Highway 66 and is the site where a bride was killed in a car accident in the 1960s, while on the way to her wedding.

Ever since her tragic demise, she has been seen haunting the bridge. One of the creepier encounters involves a police officer who found what he thought was a body on the side of the road by the bridge. When he went to his car to call for an ambulance, he came back to her to find she was gone, having seemingly vanished into the ether.

Wisconsin is a beautiful state, but it has its fair share of interesting and creepy tales. Whether they are true or not, these tales continue to draw curiosity-seekers to the sites where they occur, so people can find out for themselves if they are real, or the stuff of legend and Wisconsin folklore. 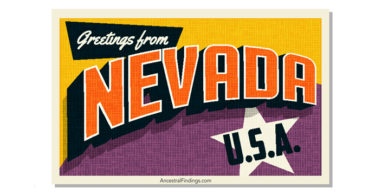 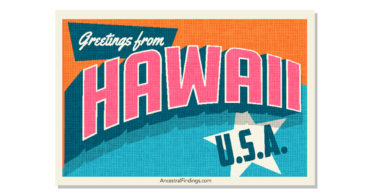