Abigail Adams was the wife of John Adams, the second president of the United States. Much is known about her life because of the extensive correspondence she left behind. Rather than burning it to preserve her privacy, as was common at the time after a prominent woman died, her family preserved it. This is her story.

We continue our series on the First Ladies of the United States by taking a look at the second one… Abigail Adams. Wife of the 2nd US president, John Adams, Abigail’s life is one of the most carefully and closely documented of the early first ladies, thanks in large part to the numerous letters she wrote to John and other friends and family members which her descendants carefully preserved as important historical documents.

Born November 22, 1744, in Weymouth, Massachusetts to the Reverend William Smith and Elizabeth Quincy, Abigail was the second of four children born to her parents. These children included three daughters and one son. The son died of alcoholism at 41 years old, a family affliction that would take its toll on future generations of Abigail’s family, including her own son, Charles Adams, who died of alcoholism at age 30.

On her mother’s side, Abigail was a cousin of Dorothy Quincy, who became the wife of fellow Revolutionary, John Hancock. She was also a great-granddaughter, through her mother’s family of the first Puritan minister of the only 17th-century Puritan meetinghouse still standing in Massachusetts today, the Old Ship Church in Hingham, Massachusetts.

Though she did not receive formal schooling, which was common for girls of the day (and which may also have been attributed to her poor health as a child), Abigail nonetheless was taught to read, write, and do basic math by her mother and maternal grandmother, and was also given free use of her father and uncle’s extensive libraries. She loved to read, and began reading both English and French literature with other women in groups as she grew up. Abigail became intellectually quite open-minded, which was unusual for women from Puritan families in Massachusetts at that time. Her reading in diverse subjects growing up led her to be a strong proponent of women’s rights, and her influence on her husband in these matters had an indirect influence on the founding documents of the United States.

Abigail and John Adams were third cousins and had known each other since they were children. On a visit to her home in 1762, John became enamored of his petite, pretty cousin for the first time, after noticing she always had her face firmly in front of a book. He admired her intellectual capacity and ability to discuss and quote literature, poetry, and philosophy with him. He asked for her hand in marriage, which she accepted and her father approved. However, her mother believed 17-year-old Abigail could do better than a mere country lawyer like John, and so it was another two years before her mother gave into the couple’s obvious love for one another and consented to the marriage. Abigail’s father married them on October 25, 1764.

Moving to a small cottage farm in Braintree that John had inherited, the couple left Abigail’s home on horseback (just one horse) immediately after the ceremony, and she set about the work of becoming a wife and mother, giving birth to her first child, Abigail (who the family called “Nabby”) just nine months after the wedding.

Over the next 12 years, Abigail gave birth to six children, four of whom survived infancy (the sixth, a daughter, was stillborn). Her children were, in order, Abigail, John Quincy, Susanna, Charles, Thomas, and Elizabeth. John Quincy became the sixth president of the United States. Elizabeth was stillborn. Susanna died at two years old. Charles died of alcoholism at 30, and Nabby died of breast cancer (after undergoing a drastic and unusual for the time mastectomy, with no anesthetic other than a drink of strong alcohol) at 48 years old. Only John Quincy and Thomas outlived both John and Abigail.

Abigail and John moved to Boston as his law practice gained in prestige, though they always maintained the Braintree farm. Abigail focused on teaching her children to be good citizens and examples of the Adams heritage. Letters she exchanged with John when he was away on long trips, which he was often on, reveal John genuinely respected and trusted Abigail in every way, leaving their home and finances completely in her charge when he was away. They also reveal his need for her approval. In addition, the very real and lasting love and affection between the pair is evident in just about every letter between them, even in ones in which they are disagreeing. There is no doubt Abigail and John were deeply in love, and real friends, as well, during their entire marriage. It’s something not many people of any age or era can boast.

Abigail spent five years separated from John and John Quincy when John was appointed as ambassador to Great Britain and took John Quincy with him. Abigail and Nabby eventually joined them, leaving Charles and Thomas with her relatives in Massachusetts. She became a temporary guardian to Thomas Jefferson’s youngest surviving daughter, Mary, when she came to join her father in Paris, where he was an ambassador, and the two developed a close friendship that lasted the rest of Mary’s life.

After four years abroad in both Great Britain and France, the Adamses (minus John Quincy, who was in Russia as an assistant to the American ambassador there), returned to Massachusetts. Abigail set about expanding and improving upon the house they bought in Quincy. This became the home of the next three generations of Adamses and was donated to the US government in 1946, where it is open today as a museum to John, Abigail, John Quincy, and their descendants through that line.

Of course, Abigail spent plenty of time in NYC and Philadelphia, too, after John became the nation’s first vice-president, and then its second president. She got used to throwing big parties and hosting large dinners while in Europe, and continued the tradition as First Lady, in contrast to the more quiet and introverted Martha Washington. She was also the 1st First Lady to get to live in the White House when the young nation’s capital was moved to Washington, D.C. While she only lived there for the last four months of John’s presidency, she expressed a liking for the house, and considered the swampy D.C. area beautiful. However, she did not miss it when they went back to Massachusetts, as the hot, humid weather there did nothing good for her already fragile health.

After retiring from politics following his defeat to Thomas Jefferson in his bid for presidential re-election, John and Abigail returned to their home in Quincy, where they focused on farming, following John Quincy’s burgeoning political career, and raising several grandchildren, including the two daughters of her late son, Charles, and John Quincy’s children during his many trips abroad. 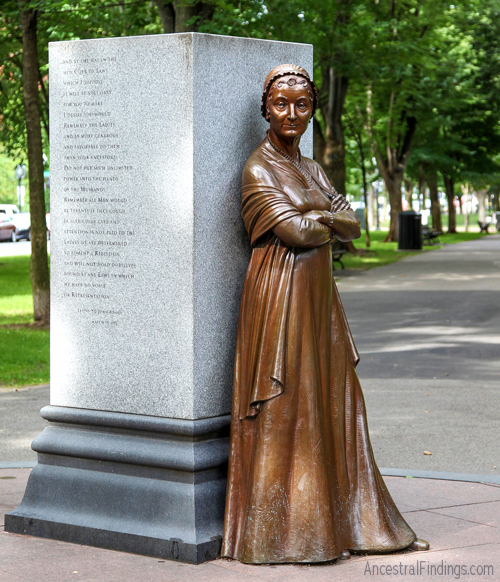 Abigail died of typhoid two weeks before her 74th birthday, on October 28, 1818, and was buried in the crypt inside the United First Parish Church in Quincy. John joined her there, beside her as he always had been in life, almost eight years later.

John, ever her staunchest supporter and lover, as she was to him, recorded her last words as being, “Do not grieve, my friend, my dearest friend. I am ready to go. And John, it will not be long.” 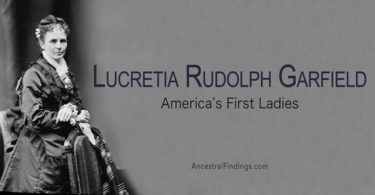 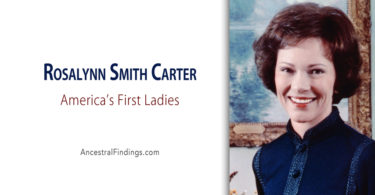