As genealogists, we want our children and grandchildren to be as interested in it as we are, so they will preserve, protect, and continue the work we’ve done. But, how do we instill this interest in them? Here’s how to do it.

Are you concerned about who will care about all of your genealogy work in the generations to come? As genealogists, it is only natural that we want our children, grandchildren, nieces, nephews, and other members of the younger generation to take an interest in what we do. After all, we want at least one other person in the family to preserve the work we’ve done and built on it, as well as take care of the heirlooms we’ve collected when we are no longer able to do so. Yet, it seems like it is so difficult to get most children and teenagers interested in genealogy. If they are anything like us, they may not develop the interest until they are much older, maybe not until all the work we’ve done and heirlooms we’ve collected are gone, if they develop the interest at all.

While we can donate our work and artifacts to local, regional, or national genealogical and historical societies to preserve for future generations, it is only natural to desire someone in our own family to take up the genealogy mantle and appreciate the work we’ve done. We also want them to record stories from actual primary source people while those people are still alive, maybe on branches of the family they have access to but we don’t. If they are anything like us and don’t become interested in genealogy until they are older, they may have the same regrets as we do that we didn’t start sooner, when we had access to certain relatives.

Genealogy is something that relies on successive generations of the family being interested in to continue being researched and recorded on those lines. It is better if we get children interested in genealogy when they are young, so they will always be working on it and will know from the beginning how important it is to research and record things. If we can get them interested in it when they are young, they won’t come up with excuses as to why they can’t-do it later (working too much, raising kids, budget, not having time to learn, etc.).

What, then is the secret to encouraging the development of young genealogists in our families, ones who will appreciate our work, protect it, and continue on their own for a lifetime?

Interesting studies have been done showing that if you start children doing genealogy work as early as Kindergarten, they are more likely to become excellent, and even enthusiastic, history students by fifth grade and beyond. The connection of historical dates and times to real people who lived once and were in their families makes the whole concept and subject of history more relevant and interesting to them. They become model young historians and also maintain the interest in genealogy as they get older. The younger you start teaching children about genealogy and its connection to history, the stronger their interest becomes as they get older, and that interest lasts, often a lifetime.

Don’t be fooled into thinking that children in Kindergarten are too young to understand genealogy. If you make it like a scavenger hunt for them when they are very young, they associate the thrill of finding something you’ve asked them to look for in the records to doing genealogical research. Beginning them with small, easy tasks, and then gradually making them more complex as they get older, is the key to creating a young genealogist. They will learn how to do genealogy as they go, and once they are grown, there will be no learning curve. They will be able to teach complex genealogical research techniques to people much older than them by the time they are in high school or college, and won’t have that common excuse so many adults have of not “having time” in their schedules to learn genealogy. They will already know it and will have always known it, almost as far back as they can remember. You will essentially be encoding the enthusiasm and ability for genealogical research into their DNA. 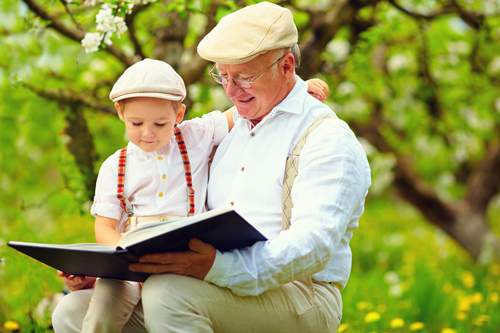 If you are trying to get a child older than Kindergarten age interested in genealogy, try including genealogy in things they already like to do. As an example, if your elementary school child or high schooler likes to do art, have them paint family trees, with branches on them. Encourage them to be creative and artistic about it, and give them the names to include on the branches. It might prompt an interest in them to find out more about the people behind those names, and how they are connected to them going back into the past.

If you know you are related to some famous historical figure, either directly or collaterally, you can show your child how they are related to this person. If it is someone the child is enthusiastic about, or a fan of, they may become interested in learning more about the family tree because of that one relative.

You can also get them to help you do small tasks for you on the computer when you are doing genealogy, such as entering names into a family tree program. Most kids don’t mind being on the computer and actually enjoy it. If you get them back far enough in time on the tree entering names, beyond the people they know, they may become interested in determining just how far back they can go on their own. It may even become a game or a fun challenge for them.

Let them see the work you have already done while they are helping you. It may not mean much to them now, but as they get older and more involved and interested in genealogy, they may ask to see it on their own as they are doing their own research. Then, one day, they may be ready to take it over from you and preserve what you’ve done, while adding to it themselves. In this way, genealogy truly becomes a family and multi-generational endeavor, as it was meant to be. 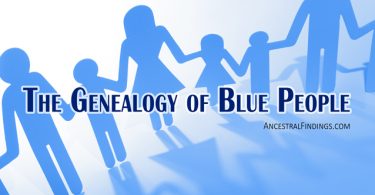