Dolly Parton is one of the best-known country music entertainers of our time. However, she is much more than just a country music singer. From her humble beginnings, she has become a singer, songwriter, actress, and successful businessperson. Here are all the wonderful facts you need to know about this incredible and inspirational woman.

One of the best-known musical artists of our time, Dolly Parton is not only an entertainer but a philanthropist and savvy businessperson who inspires and delights people around the world. She was born as Dolly Rebecca Parton on January 19, 1946, in her family’s home, a one-room cabin in Pittman Center, Tennessee, located in the Great Smoky Mountains. She came from a large family, being the fourth of twelve children. Her parents were Robert Lee Parton and Avie Lee Caroline Owens, and her father worked as a sharecropper when Dolly was young. He later moved into farming his own land, and also worked side gigs as necessary to feed his large family and pay the expenses.

Her father was illiterate but smart, and Dolly credits him with her business savvy. Her mother was a homemaker who was often ill due to all the pregnancies before she was thirty-five years old, and from taking care of so many children. Still, Dolly’s mother entertained her children with mountain songs and tales of local folklore, and Dolly credits her with her musical ability. When Dolly was still very young, her family moved a few miles away to a farm on Locust Ridge, and it is here that she experienced most of the happy childhood she later wrote about in some of her most famous songs. She loved the Locust Ridge home so much that she purchased it back from its new owners in the 1980’s.

While her family was very happy, they were also living in poverty, which Dolly chronicles in some of her other famous songs, such as Coat of Many Colors and In the Good Old Days. Her father paid a bag of cornmeal to the doctor who delivered her, instead of cash. In those days, it was common for country doctors to accept payment in livestock and farm goods like eggs and produce.

Music played an important role in Dolly’s life from an early age. Her mother’s father was a Pentecostal minister, and she grew up attending his church. Her first public music performances were there. She began learning to play a homemade guitar when she was seven, and her uncle bought her a real one for the first time when she was eight. While still a child, she began singing on local radio and TV shows and recorded her first single when she was 13. The song, Puppy Love, was recorded on a small label from Louisiana called Goldband Records. Soon after that, she performed at the Grand Ole Opry and met Johnny Cash. Cash encouraged her to follow her music career and to always let her own instincts guide her in the management and direction of it.

Unlike many kids her age in her area of the country at that time, Dolly graduated from high school. She was an alumnus of the Sevier County High School Class of 1964. The very day after her graduation, she moved from her family’s one-room cabin to Nashville and signed as a songwriter with Combine Publishing soon after arriving in that big city. In that capacity, and often with her uncle Bill Owens as her songwriting partner, Dolly wrote several charting singles, which included two top-ten hits.

She signed as a singer with Monument Records when she was nineteen, and expressed a desire to perform country music. However, Monument did not think her unique voice was suited to this type of music and billed her as a pop singer instead. Only one of her pop songs with Monument charted, but when a country song she wrote hit number six on the country charts in 1966, Monument allowed her to sing country music for them. Dolly quickly found success as a country singer, with a couple of charting singles, followed by her debut album, Hello, I’m Dolly.

The same year Monument allowed her to become a country singer for them, Dolly married her boyfriend, construction worker Carl Thomas Dean. Dean later owned and operated his own asphalt road paving company. The two are still married and have had a long and successful union. Dolly officially took her husband’s last name, which is on her passport but does not use it professionally. Dean is notoriously publicity-shy, which is why the public rarely sees him and Dolly together, and Dolly has stated he has only seen her perform once. In private, though, she has praised her husband for his romantic nature. While the two do not have any children of their own, they raised several of Dolly’s younger siblings (her nieces and nephews call her Aunt Granny because of this), and she is godmother to singer Miley Cyrus.

Dolly’s success continued, and she forayed into pop music on her own in the 1970s and 1980s, before going back to country music, and later, a mix of bluegrass and country music. She also took up acting, appearing in a number of notable acting projects. In addition, she showed off her business acumen, as well as her commitment to economically improving the area where she grew up, by investing most of her early earnings into The Dollywood Company, of which she is a co-owner. The Dollywood Company owns and operates the Dollywood theme park in Pigeon Forge, Tennessee (and which is the nation’s 24th most popular theme park), as well as a dinner theater, Dollywood’s Splash Country water park, Dolly Parton’s Stampede, and the Dream More Resort and Spa. All of these attractions are located in Pigeon Forge.

Dollywood is the best-known of these attractions, and she co-owns it with Herschend Family Entertainment. The park hosts around three million visitors a year and is the largest ticketed attraction in Tennessee. The park features traditional midway-style thrill rides, and also showcase arts and crafts of the Smoky Mountain people. Concerts and other musical events are held at the park every year, as well. Dolly performs, of course, but other nationally known acts also perform there. In addition, the park is the home of the Southern Gospel Museum and Hall of Fame. 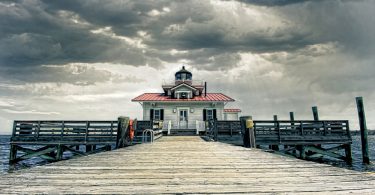