Did you know that there was a change in our calendar in 1752? There was, and it changed the way things were dated. Quaker records make identifying the right dates more confusing. Here’s how to figure it all out, and get the date correct in your research.

What’s the Deal with Double or Odd Dating in Genealogy Research?

If you have done genealogy for any length of time, you have probably come across a date that is listed as two possible dates. You may also stumble upon dating that looks different from your standard day/month/year or month/day/year styles. This can be confusing when you don’t know exactly what you’re looking at. Of course, you want to know what the real dates are, as this is important to the accuracy of your research, as well as your understanding of it. So, let’s take a look at two common dating issues in genealogy research… double dating and odd-looking dating.

As far as double dating goes, you will almost certainly eventually come across this if you go far enough back in time into colonial America or England/Great Britain in the 18th century. In fact, the pivotal year for double dating is 1752. That was the year that England changed its calendar from the Julian to the Gregorian. This calendar change made the first day and first month of the year different from what it had been previously.

With the previously used Julian calendar, the first day of the year was March 25. That was when people celebrated New Year’s Day. The change to the Gregorian calendar moved the first month and day of the year to January 1st. This means people born between January 1st and March 25th, 1752 may have double dating listed for them in genealogical records… one for what their birthday was under the Julian calendar, and one for what it became when England’s dating changed to the Gregorian calendar. This can be confusing, but when you know the reason for it being listed that way, you at least know someone didn’t make a mistake in the records or wasn’t sure when they listed a birth date (or death or marriage date in the same time period).

Quaker records make figuring things out a little bit more challenging because they list dates in an odd way, different from what we are used to in typical dating. When you combine their odd style of writing dates with the change in calendars, you can become really confused as to what the actual, real date is for which you are searching.

Quakers record dates with numbers for months, rather than names. Their records also do not include the names of the days of the week, when other records might use them. They leave these names out because most of them were derived from the names of pagan gods from the Roman Empire, or, sometimes, the ancient Greek civilization. Two months are also named after Roman rulers (Julius Caesar for July, and Caesar Augustus for August). Quakers do not believe this type of naming is appropriate for Christians to use. Therefore, they leave out the names of the days of the week entirely, and use numbers for months, instead of the names of the months.

If you know the numbers of each month, you should be able to figure it out pretty easily. Naturally, 10mo means October, because October is the 10th month of the year. At least, it is with the Gregorian calendar. If you are using dates during the time the Julian calendar was being used, 10mo would be January. These are things you must take into consideration carefully whenever dating something using standard or Quaker dating styles that took place between 1751 and 1753, as some of the dates in parts of these years might be affected by the calendar change that took place in 1752.

Be sure you are translating dates correctly whenever dealing with double dating or Quaker dating. Actually, Quaker dating is something you need to be careful about transcribing and translating correctly regardless of the calendar, as it is done in a way with which most of us are not familiar.

It is also important to verify Quaker dates, even in recorded sources. That is because people who transcribe those dates for published works, such as books about genealogy or history, may have misinterpreted them and transcribed them incorrectly. A good idea, if you are working with a lot of Quaker records in your research, is to read a book on how to use those records. The uniqueness of Quaker records means that there are plenty of genealogy books written about them. You can educate yourself quite well with most of those books, so choose the one you like and read it.

The English changed from the Julian to the Gregorian calendar because the Julian one did not accurately reflect the amount of time it took the Earth to revolve around the sun. When the change was made, there were eleven days skipped in September of 1752, and there was a February 30 that year in England. While England and the American colonies were the first to adopt the new calendar, other countries eventually did, too. It took three hundred years for all the nations on Earth to adopt the Gregorian calendar (which is named after the Pope who ordered and authorized the change, Pope Gregory VIII).

As you can see, dating isn’t as straightforward as you may imagine in genealogy. You must take the change in calendars into consideration both before and after the calendar change in order to get the correct date for any event you are recording. You have to be even more careful to analyze the date and be sure you’re getting it right when you use Quaker records.

Dating events in genealogy is a bit of an art form, but one that is easy to learn. Once you know about different dating styles, and when different countries changed to the Gregorian calendar, you can be pleased in knowing your genealogical research and understanding of it will always be correct. 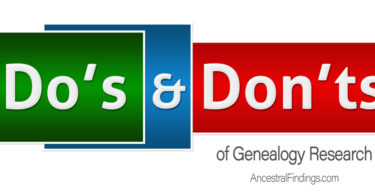 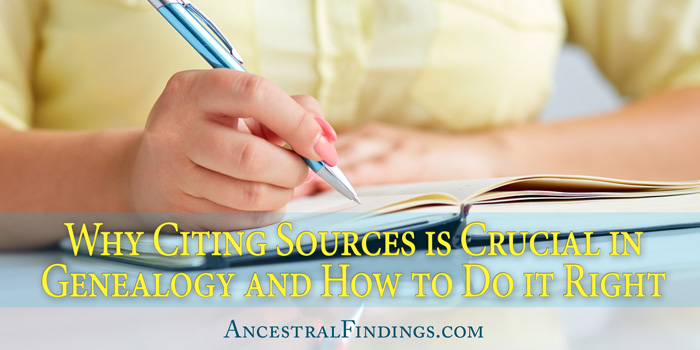