The 1890 census is famous for not being here for genealogists to use. At least, most of it is not available. There are a few fragments that still exist. If you are lucky enough to have ancestors in surviving portions of the 1890 census, here is what you can find in it.

The 1890 US Federal Census was the eleventh census to be taken in the United States. Enumeration began on June 2, 1890, and when it was done, the population of the nation was determined to be over 62 million. This was a twenty-five percent increase in population from the previous census in 1880. It was the first census to have its data tabulated by a machine, rather than by human workers, and the first to show that enough people had migrated west that the storied American frontier had officially disappeared.

This census is probably best known for its unavailability. It would have been released to the public in 1962, but most of it was destroyed by a fire in 1921. A few fragments of it remain for parts of the states of New York, New Jersey, North Carolina, Ohio, Alabama, Georgia, Illinois, Minnesota, South Dakota, Texas, and Washington, D.C. So, this census is not totally unable to be used by genealogists, and the lucky few who have ancestors who lived in the areas recorded in the surviving fragments have a treasure trove of genealogical information available to them that most genealogists highly covet. However, for most people, the 1890 census is gone.

If by chance, you are lucky enough to be able to use any part of the remaining 1890 census fragments for your own genealogy, you will find a wealth of information there. For one, this was the first census in which the majority of states reported populations of more than a million. It was also the first in which a few cities (such as New York, Chicago, and Philadelphia) recorded populations of a million or more. It showed how much the United States was growing in terms of population. At the time of this census, Chicago was the second most populous city in the United States, second only to New York, and it held that distinction until 1990, when Los Angeles took the honors (interestingly, only twenty-nine years later, Los Angeles has moved way down the line in population, to the nation’s fifty-seventh most populous city).

The information included in the 1890 census had the standard things, such as names, ages, genders, relationship to the head of the household, marital status, race, and address. It also included the number of families and individual people living in a house, which showed the rise of multi-family housing in the cities. A person’s Civil War soldier status was recorded, and widows of Civil War veterans were also distinguished.

Each census recorded different types of “races” for respondents. The 1890 census categorized people by races that included:

Other information included in this census was:

Other interesting findings from the 1890 census include a drastic reduction in the number of reported Native Americans, showing that the extermination campaigns of earlier that century had a definite effect on the population. There had been more than four hundred thousand reported on the 1850 census, with only 248,253 on the 1890 census.

Obviously, this census contained valuable information that would have been of much use to family historians. This is why most genealogists are frustrated by the twenty-year gap in available records between 1880 and 1900. A lot can happen in a family in twenty years, after all. There are records that can be used as census substitutes, such as vital records, newspaper records, town directories, and state censuses, but nothing can really take the place of the genealogical gems found in the 1890 census.

The sad thing is that only about a quarter of the census was completely destroyed in the 1921 fire. Another fifty percent was damaged by smoke and water, but still useable if it had been cleaned up. That left a quarter of the census available and undamaged. While the fire did lead to a national outcry to protect these records with a permanent National Archives, which we now have in Washington, D.C., it did not protect the damaged and undamaged parts of the 1890 census.

The majority of the usable parts of the 1890 census were destroyed in 1934.

In December of 1932, the Bureau of the Census followed standard record-keeping procedures and sent the Library of Congress a list of papers to be destroyed that year, and the list included the still-usable parts of the 1890 census. While the Census did ask the Library to look over the list and keep anything on it that might be of historical importance, the head librarian at the time did not consider the 1890 census to be of enough historical importance to keep. So, the majority of the usable parts of the 1890 census were destroyed in 1934 (or possibly 1935, as government records on it are unclear). Thus, the 1890 census joins the 1800 and 1810 census records as being the only ones with parts of it missing, though the 1890 census has more of it missing than the earlier ones do. 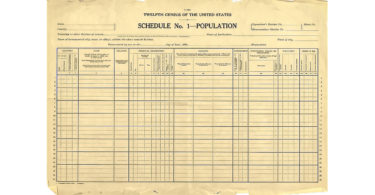 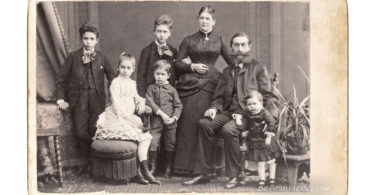