Are you just getting started looking for marriage records in your genealogy research and need some help finding them? Here are the best places to look.

Marriage records are one of the three main types of vital records you need to have in your genealogy collection (birth and death records being the other two). These records tell you the pertinent details of the three most genealogically pertinent events in any given ancestor’s life. Depending on the type of record and the state, county, or town you get it from, these records can tell you not only when and where an event took place, but names of other relatives (such as parents), the age of your ancestor, the name of their spouse, whether they were married more than once, and so much more.

Discovering marriage records can help fill in the blanks in an ancestor’s life. Maybe you didn’t know the name of their spouse. Perhaps they got married somewhere unexpected and romantic (like Las Vegas or Niagara Falls), which tells a complete story of their personality and relationship with their spouse. The marriage record could even let you know if your ancestors were expecting a child before they got married… just count the number of months from the date of their marriage to the birth of their child!

It’s not always a simple process to get marriage records, either. While many of them can be obtained by writing to the department of vital records for the state where the marriage took place, others are too old to be included there. To find these records, you’ll have to get creative. Here are some of the basics for finding marriage records, wherever they may be.

You never know what other relatives may have that may be of genealogical interest to you. If you’ve tried and struck out with the vital records department in the state where the marriage took place (if you know the state), ask around your family. Someone may have that record among their own family history papers and be willing to share it with you via a scan or photocopy. If they don’t have the record or a certificate of the marriage, they might have a family Bible record of the occasion Don’t discount relatives you’ve never met, either. With the Internet helping us make more family connections than ever, your chances of meeting a distant cousin online with just the record you need are vastly increased.

In fact, this was how I got a marriage record I believed didn’t even exist anymore. When I was applying to join a lineage society, I needed to document every generation back to my qualifying ancestor with birth, marriage, and death records. One particular marriage record was too old to exist at the state level, and the county courthouse where it might have been located had burned down long ago. I had to use the 1900 census that stated my ancestors had been married for 30 years as a substitute (which the society accepted).

Years later, I met a cousin from that side of the family online, and we exchanged some emails. She ended up sending me photocopies of photos I’d never seen before (genealogy gold right there!), as well as a photocopy of the marriage certificate of those particular ancestors. It wasn’t the official state record, but the fancy, frame-worthy certificate given to them by the church after they married. It was from 1870 and had obviously been torn and taped together a few times, but there it was. Reach out to distant relatives. You never know who has what, especially after the different branches of families go their own ways over the generations.

Try the County or Even the Town, if You Know It

State vital record offices usually only have the most recent birth, death, and marriage records. Some states go back 100 years or so with the records they keep, while others don’t go back nearly that far. If you believe a record exists or should exist, try discovering the county or town where the marriage took place. Then, either write or visit the county courthouse or town clerk. Counties and towns usually keep records going back to the founding of that place. If the record still exists, you’ll find it there.

I discovered this purely by accident when I was first starting out doing genealogy. I wrote to the Burke County, Georgia county courthouse, asking if they had any records on my 5x great-grandparents, who I knew had lived there early in their marriage. I wasn’t even sure what I was looking for back then. I just wanted any information and asked in my letter how much they would charge for copies.

To my surprise and delight, I soon got a letter back from the courthouse with a photocopy of their marriage record from 1813 in it (and they didn’t even charge me)! That record was too old to be held at the state level. It could only have been found at the county level. Thank goodness that courthouse had never burned and taken its records with it. That happens sometimes, and then you have to get even more creative to find the records you need.

If you’re having trouble finding the official marriage record or a commemorative marriage certificate, looking through old newspapers can help fill in the blanks. Marriages were big local news back in the old days, and details were commonly published in old newspapers. If you can’t find the newspaper you need online, try writing to its offices or visiting it in person if it still exists.

If the newspaper doesn’t exist anymore, the local historical society may have old copies on microfilm. Search through the records of the paper around the date of your ancestor’s marriage, if you know it. You may get not only the confirmation of the marriage but details of the wedding, too.

Finding marriage records can be an adventure. You never know where you’ll discover them, who or what has them, or what details you’ll find in them. They are one more important way to fill in those important blanks on your family tree and add details to the lives of your ancestors. 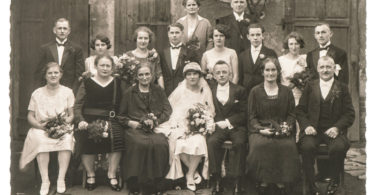 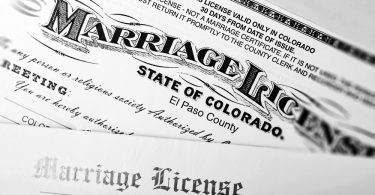