St. Patrick’s Day is an important Irish holiday, and has been for centuries. It is celebrated a little differently in Ireland than in the rest of the world. Here are some common Irish St. Patrick’s Day traditions. You can use them to understand your Irish ancestors and their lives better, as well as to celebrate your own Irish heritage.

St. Patrick was a real man who lived in the 400 A.D.s and is the patron of Ireland. Each year on the supposed date of his death, March 17, Irish and Irish descendants around the world celebrate his life and all he did for Ireland. Born in Roman Britain, Patrick was the son of a church deacon and the grandson of a priest. Despite his Christian family, Patrick was not initially a believer himself, and at the age of sixteen was taken captive by Irish pirates and sold as a slave in Ireland.

He lived in captivity there until he was twenty-two, during which time he converted to Christianity while working as a shepherd and praying, which strengthened his relationship with God. He eventually broke free from his captors, returned home to England and was reunited with his family, and studied Christianity at schools in England and in Europe, before returning to Ireland as a missionary. Legend says that he introduced Christianity to Ireland, banished all snakes from the island, and taught people about the Holy Trinity using a three-leafed shamrock.

If you are of Irish heritage, you probably know some or all of St. Patrick’s story. If you don’t, your ancestors surely did. The Irish have been celebrating St. Patrick’s Day for centuries. Knowing about some of the customs and traditions surrounding the celebration of this holy and venerated Irish holiday will let you know what the lives of your Irish ancestors were like and who they were as people. If you are not already practicing some of these traditions yourself, you might find a few that appeal to you that you can bring into your house to celebrate your Irish heritage and bring you and your family closer to your Irish ancestors.

The Wearing of Green

It is traditional in many places in the world, not just Ireland, to wear green on St. Patrick’s Day. Since Ireland is known for its lush, green scenery, and is called The Emerald Isle because of it, wearing green is viewed as a way to celebrate one’s Irish heritage (or to be Irish for a day, if one has no Irish heritage). However, wearing green clothing is more traditional in other parts of the world than in actual Ireland.

In Ireland, people wear small bunches of shamrocks pinned to their clothing above the right breast on St. Patrick’s Day. This signifies their Irish heritage and celebrates the way St. Patrick taught the ancient Irish about the Holy Trinity using the shamrock. Because St. Patrick’s Day is a holy day in Ireland (at least among the Catholics), the shamrocks people wear are blessed by priests at special holiday church ceremonies called the Blessing of the Shamrock.

The Holy Day of Obligation

Because St. Patrick’s Day is a religious holiday in Ireland since St. Patrick has his own feast day on the Catholic calendar on the day that celebrates him, most practicing Catholics in Ireland attend church on St. Patrick’s Day. It is considered a Holy Day of Obligation by the church. Families dress up in their holiday best, just like they would for Easter, they pin their shamrocks to their clothing, and go to church together. After church, families return home and have a special St. Patrick’s Day dinner. It usually consists of some kind of roasted meat and boiled vegetables, along with mashed potatoes. After dinner, families usually watch St. Patrick’s Day parades from around the world on TV together.

It was not until 1995 that Ireland held its own first St. Patrick’s Day parade, which was done to help boost tourism to the island. Gradually, the parade became the St. Patrick’s Festival, which is a five-day event each year featuring not only the parade, but plays, concerts, art shows, carnival rides, street vendors selling food, and more festivities. The festival is held in Dublin and is now a beloved Irish tradition.

The big cities like Dublin do the large celebrating festivities that get national and worldwide attention, but the rural people in Ireland do their own thing for St. Patrick’s Day. The rural celebrations are much less commercialized and more in tune with the traditional celebrations of long ago. After church, families come home to have their special St. Patrick’s Day dinner (and, yes, corned beef and cabbage is one potential meat-and-vegetable combination they may enjoy). After that, what they do becomes a bit different from the city folk.

The rural Irish, especially the families who still speak Gaelic, usually indulge in some friendly horse racing after dinner, and many of them gather with their extended family or neighbors to enjoy singing traditional St. Patrick’s Day songs and to do traditional dances that go along with them. 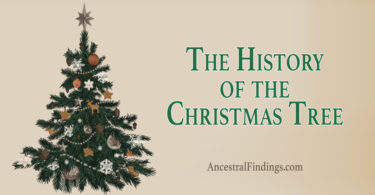