Helen Herron Taft was the First Lady of many firsts. As the wife of twenty-seventh US President William Howard Taft, Helen was born into a family with political connections. As First Lady, she shone. Here is her story.

Helen Louise Herron was born on June 2, 1861, in Cincinnati, Ohio, the fourth of eleven children born to her parents. She was raised in elite circles and traveled in them all her life. Her father was John Williamson Herron, a judge, and he had been a college classmate of future US President Benjamin Harrison, as well as a law partner with future US President Rutherford B. Hayes. Her mother was Harriet Collins, whose father and brother were both US congressmen. Her grandfather and an uncle, both on her mother’s side, were also US congressmen. She even attended the twenty-fifth wedding anniversary of then-US President Rutherford B. Hayes in 1877 with her parents and stayed for a week at the White House for the celebrations. Helen seemed destined for a political life from the start.

She was enrolled in the Miss Nourse School in Cincinnati from 1866 to 1879, a popular private school known locally as The Nursery. Afterward, she attended the University of Cincinnati, then began a career as a teacher. Helen taught at various schools from 1882 until her marriage in 1885.

Helen met her future husband, William Howard Taft, at a bobsledding party in 1879, but he did not ask her for a date until February of 1880. They courted, but not regularly or exclusively, until 1882. William finally proposed to her in April of 1885, but she made him wait until May of 1885 until she gave him her acceptance.

They married a year later on June 19, 1886, at Helen’s parents’ house. They spent a day in New York City and four days in Sea Bright, New Jersey for their honeymoon, before leaving for a three-month tour of Europe to do the honeymoon in style. When they returned, they lived together in Cincinnati, where Helen encouraged William to go into politics, though he stated he preferred the judiciary. William ended up using the judiciary as a jumping off point for a political career.

She supported him through various judicial appointments, such as a state judge, federal circuit judge, and as Solicitor General of the United States (later referred to as Attorney General). William accepted a position as Governor-General (the head of the American civil government) in the Philippines in 1900, and Helen packed up along with the couple’s three children (two sons and a daughter), and they all moved to Manila.

Helen was culturally sensitive and tried to make it up to the people of the Philippines for the United States assuming control of their government by showing them a huge amount of respect. She learned the local language, wore indigenous clothing, and invited the native people to social events.

William was named the US Secretary of War (later known as the Secretary of Defense) in 1904, which involved more travel, and Helen and the children accompanied him for this, as well. In being involved with such extensive travel, Helen gained a wide circle of friends in high places around the world, and also developed a keen interest in world politics.

When William became President of the United States in 1909, Helen assumed the role of First Lady and began a series of “firsts” for First Ladies. She was the 1st First Lady to ride in her husband’s inaugural parade. She attended cabinet meetings with her husband, though she did not speak during them. She began to receive guests in the Red Room of the White House three days a week. And, she began having musical entertainment after state dinners, which became a White House tradition that continues to this day.

Helen introduced other firsts to the role of First Lady and to Washington, D.C. She began having the US Marine Band play for the public in West Potomac Park in the summers. She was the 1st First Lady to own and drive a car, the first to smoke, the first to support women’s suffrage, and the first to support improved safety standards in federal workplaces. And, in another important first for First Ladies, Helen was the first one to publish her memoirs.

Helen is also responsible for the planting of the Japanese cherry trees that are now a beloved and iconic feature of the White House lawn and the grounds of the Capitol building. She planted the first two of more than three thousand, along with the wife of the Japanese ambassador, in a ceremony in March of 1912.

Shortly after her husband assumed office, Helen suffered a stroke, which left her impaired on her right arm and leg, as well as her speech. Her four sisters and her husband assisted her until she fully recovered and was able to resume her First Lady duties.

After William lost the next election to Woodrow Wilson, she and William returned to Cincinnati, where William taught law and Helen wrote her memoirs. During WWI, she supported the Red Cross in their efforts to help and heal the wounded and captured.

In 1921, William was appointed to the Supreme Court as chief justice. Helen became the only woman to be both a First Lady and the wife of a chief justice. Upon his appointment, William and Helen returned to Washington, and Helen resumed the social activities she had enjoyed there.

Prohibition was a big topic during William’s presidency, and Helen was against it, so she served alcohol at White House dinners and receptions. William opposed Prohibition himself, but was also a non-drinker, and agreed with some of the arguments of the Prohibitionists while opposing it as chief justice of the Supreme Court.

Helen stayed on in Washington after William died in 1930, enjoying social activities, and serving as the honorary president of the Colonial Dames and the Girl Scouts of America. She died on May 22, 1943, and was buried next to William in Arlington National Cemetery. This was another first, which set the precedent for Jacqueline Kennedy to do the same later. Helen Taft was a First Lady of many important firsts. 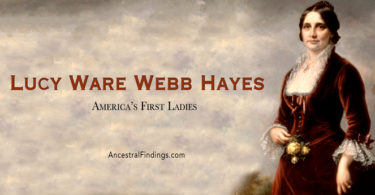 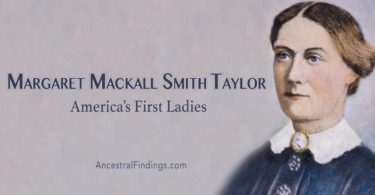