Ireland has some unique Christmas traditions, as well as some holidays that are unique to the island itself. Knowing about these holidays and traditions is helpful when celebrating or learning about your Irish ancestors and what their lives were like. Here are some interesting Irish holidays and holiday traditions you should know.

Most nations around the world have their own, unique Christmas traditions, as well as their own special holidays that no other nations or cultures celebrate. These holiday traditions can tell us a lot about our family backgrounds and give us insight into the lives of our ancestors. There are clues to family heritage in the traditions of our ancestors, holiday and otherwise. If you are of Irish descent, here are some unique Christmas and other holiday traditions that you may or may not know about. Each one offers interesting insights into the lives of ancestors both recent and long ago.

A Candle in the Window: This is one of the most common Irish Christmas traditions. It is exactly what it says it is… placing a candle in a window. It was started back in the penal times when the Irish would put a candle in the window in a position to make sure it was visible to anyone who was passing by. The candle was not simply there to light the path of those out on the streets after dark. It was a code for the Catholics in the neighborhood that this was a Catholic household, and a holiday Mass would be held in that home. It was an important code during a time when people wanted to practice their religion, and Catholicism was being persecuted by the Protestants.

The tradition faded out of fashion for a while, then came back to popularity in the 1970s. While it is less popular now than it was then, it is still used by many families, both Irish and Irish-inspired. Today, those who use it do so as an homage to those seeking shelter, like Mary and Joseph when they were searching for a place to stay so Mary could give birth.

Holly on the Door: This is another incredibly common Irish Christmas tradition. It started after England took over governance of Ireland, bringing over nobility and landed gentry to colonize the island and forcing the native Irish into poverty. This meant the Irish didn’t have much extra money to buy holiday decorations. Because holly was something that grew easily in cold climates, it was something they could acquire for free to decorate their homes and make them more festive.

A Laden Table: This is another tradition that goes back to the pre-Penal times Irish Catholic tradition. The Catholics in Ireland would set out a simple repast for Mary and Joseph on Christmas Eve. The meal usually consisted of some milk, with bread baked with raisins and caraway seeds. Some Irish still do this on Christmas Eve, or they have the meal themselves in honor of the holidays and the religious meaning behind them.

The legend is that there was a group of Irish rebels who gathered and organized to overthrow their English oppressors. A flock of wrens interrupted them as they were about to enact their ambush of the English. For a long time after that, wrens (also known to the Irish as the Devil’s Bird) were sacrificed on St. Stephen’s Day because of the wrens’ betrayal of the English.

That tradition continues today without the bloodshed for the wrens. Instead, the Irish dress up as wrens in outfits made of straw, or simply in old clothing, and they take sprigs of holly from house to house in their neighborhoods dressed this way on St. Stephen’s Day. It is called the Wren Boy Procession and is often used as a reason to stop by and visit friends since Christmas Day is spent with family.

Santa Claus: Santa is a part of Christmas in Ireland, just like in many other parts of the world. However, there are a few differences in how he does his job on the Emerald Isle. The first difference is that he does not leave presents under the Christmas tree. Instead, he leaves them at the foot of the bed of a child in most cases. Sometimes, he leaves them inside a pillowcase, and sometimes he leaves them in a special Christmas bag.

Children leave gifts out for Santa, too, just like in other parts of the world. Although, there is another Irish twist here, too. Instead of leaving milk and cookies out for Santa, children leave a slice of mince pie and a glass of Guinness for Jolly Old Saint Nick as he makes his way across Ireland. A carrot is also often left out for Santa’s reindeer. After all, they need to eat, too.

Mistletoe: Did you know mistletoe on the holidays is a Celtic tradition? It is. As far as anyone knows, it originated with the Celts. It has its beginnings in pagan traditions, as a plant that is pretty hard to find in Ireland, but not non-existent there, and easy to grow in the winter. The ancient Celts revered the hardiness and bravery of the few plants that could not only survive but thrive in the winter, and celebrated them during their Yule holidays (also known as the Winter Solstice). How it became associated with kissing isn’t clear, and may or may not be of Celtic origin. However, the celebration of the plant itself is definitely a Celtic thing.

Other Irish Holidays and Traditions

Of course, Christmas isn’t the only holiday in Ireland. The nation shares some other holidays with other nations, but with their own unique customs. It also has some unique holidays of its own. Here are some of the most important ones to know about if you have Irish ancestry or are an admirer of all things Ireland.

All Hallows Eve: This is the Irish equivalent of Halloween in other countries. It is a smooth blend of Catholic and pagan traditions and is linked to the ancient Celtic celebration of Samhain. Samhain was a celebration to commemorate the end of the harvest (aka life-giving season) and to prepare for what was to come afterward (essentially the death-giving season, also known as winter). The harvest ended on October 31, so the next season began on November 1.

To commemorate this changeover in seasons, people dressed up in costumes and lit huge bonfires to ward off ghosts, as ghosts were believed to travel the earth on October 31. In fact, October 31 was considered a portal day, when the portal between this world and the next opened up.

This celebration was called All Hallows Eve until Christianity arrived in Ireland in the 300 A.D.s with Saint Patrick, and the festivities became a little bit less spooky and more family-friendly. In fact, it was the Irish who brought the holiday, re-named as Halloween, to America when they began immigrating here. The costumes are still worn, but the bonfires are reduced to what can fit inside a jack-o-lantern.

In Ireland today, there are a couple of special dietary traditions that go with Halloween, and they are not anything to do with candy. On Halloween in Ireland, people traditionally eat a dish called Colcannon, which is made with cabbage and potatoes, and another dish called Barmbrack, which is a cake with a bread-like texture that includes raisins in it. Both dishes are served together, and one of them hides a ring or other charm (only the cook knows which dish holds the prize). Whoever finds the ring or charm on their plate is considered blessed with good luck.

Bloomsday: Celebrated on June 16 each year, Bloomsday honors one of the most famous authors from Ireland—James Joyce. The date was chosen because it is the date on which Joyce’s most famous novel, Ulysses, takes place. It was first celebrated in 1954, in Ireland, and is now celebrated by fans of Joyce around the world. The Bloomsday celebrations include performances, reenactments, breakfasts based on meals in Ulysses, and readings of Joyce’s work. The more enthusiastic participants even dress up in Edwardian clothing and go locations in Dublin mentioned in Ulysses.

Easter: Unlike other countries, Easter is celebrated on Sunday and Monday in Ireland. While Easter Sunday is spent going to church, Easter Monday is the time in Ireland for eating brightly colored Easter eggs, doing Easter egg hunts, taking part in egg rolling contests, and pouring holy water over each other at Easter Mass (for Catholics). Easter Monday always takes place on or near the anniversary of the 1916 “Easter Uprising” in Ireland, and commemorates it.

The Irish Easter egg is a unique thing. While many cultures use the Easter egg in their Easter celebrations, the Irish Easter Egg is a bit different. As in other traditions, they represent fertility and the re-birth of the world at the beginning of spring. The re-birth symbolism is also connected to Jesus’s resurrection. Eggs used in Irish Easter egg hunts are usually green and gold in color. They are sometimes decorated with crosses, as well.

Those who have chickens are supposed to mark any laid on Easter Sunday with a cross and eat them. No one knows why, but it is part of the tradition. Some people who don’t have chickens just go to the store before Easter and buy an egg to mark with a cross to eat on the holy day.

Some people put a note under their child’s pillow with a clue to where to find their Easter basket. The clue leads the child to another clue, and another, until the child has completed an Easter scavenger hunt and finally finds his or her Easter basket. Easter baskets are elaborately decorated with shamrocks, green and gold eggs, chocolate, and other prizes the children love.

May Day: May Day is also known as Irish Labor Day. It celebrates the rights of workers and is also an old Celtic traditional celebration to commemorate the beginning of spring. The larger cities in Ireland usually celebrate this holiday by having large and elaborate parades. In the smaller cities and villages, there are local fairs, with dancing around the maypoles (maypoles are an ancient Celtic symbol for fertility).

May Day is also the beginning of the traditional season of Irish courting. To kick off the courting season, large bonfires are lit in the countryside, and people dance around them. The bonfires traditionally were part of the ancient Celts asking their gods for a bountiful harvest. This makes May Day one of the oldest holidays in Ireland. 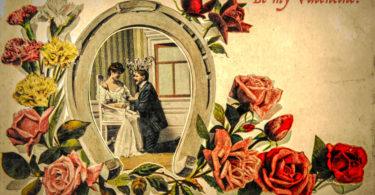