You probably know the name John Hancock, but do you know anything about the man behind the famous name? Here is the story of this American patriot.

The American Revolution was a famous war between the American colonies and their parent country, Great Britain. After establishing their own culture and way of life that was mostly separate and unique from Great Britain and having it that way for more than a century, the people of the colonies felt it was unfair to be taxed and ruled by their mother nation. They wanted to be independent. A war ensued from 1775 to 1783, which finally ended with an American victory with the signing by both countries of the Treaty of Paris. America was now the United States of America, and its own, independent nation, beginning an experiment in deliberately starting a nation from scratch such as history had never witnessed.

During most of the war, a victory for the Americans was far from sure, and those who were leading the revolution faced hanging or worse if they were captured by the British, or if the British won. They all knew the risk they were taking and went forward with the war anyway. It was something everyone participating believed in very much. While hundreds of thousands of people took part in the war on the American side, a handful of majority players pushed it forward, made it happen, and ultimately came up with the strategies that lead the Americans to victory. This is the story of the movers and shakers, the big players, of the American Revolution.

John Hancock was one of those powerful players who was instrumental in the beginning and success of the American Revolution. He was born January 23, 1737, and lived to October 8, 1793. He was a merchant and statesman and served as the president of the Second Continental Congress, where the Declaration of Independence was written and ratified. He also served as first and third governor of Massachusetts. While he is best remembered for his large, elaborate signature with a flourish on the Declaration of Independence, John Hancock was so much more than just a stylishly written name on a page.

Before the Revolution began, Hancock was one of the wealthiest men in the colonies, mostly from inheriting an already profitable mercantile business from his uncle. He began taking an interest in politics when fellow Bostonian and future fellow revolutionary, Samuel Adams, took him under his wing and introduced him to the good that could be done through public service. When tensions began to arise between the colonies and Great Britain in the 1760’s, Hancock gave of his wealth to the cause of the colonists. He became adamantly against Great Britain for good when British officials took his sloop ship Liberty from him in 1768 and charged him with smuggling. Though those charges were eventually dropped, Hancock was firmly a colonialist after that, supporting the idea of American independence almost from the beginning.

Hancock grew up in Braintree, Massachusetts, the son of the Reverend John Hancock and Mary Hawke (Thaxter) Hancock. He was childhood friends with future fellow revolutionary, John Adams (a cousin of Samuel Adams), who his father had baptized. As a child, his family lived a comfortable life on a reverend’s salary and owned one household slave to help with the housework, at a time when most families of Massachusetts were already beginning to view slavery as evil and embrace the burgeoning abolitionist movement. John Adams and his wife, for example, were always firm abolitionists.

After John’s father died when he was seven years old, he was sent to live with an aunt and uncle, Thomas Hancock and Lydia Henchman Hancock. It was this uncle who owned the mercantile business that later made John wealthy. The business called the House of Hancock, imported goods from Great Britain and exported goods like rum, whale oil, and fish. Thomas and his wife were prominent citizens of Boston and lived in Hancock Manor on Beacon Hill. As they had no children of their own, they raised John as their son and to be their heir.

Thomas Hancock died in 1764, and John inherited everything he had, including the business, the manor, thousands of acres of land, and three household slaves. The slaves continued to work for John and his aunt for a while, but the terms of his uncles will eventually free them. John Hancock himself never personally bought or sold any slaves.

John became one of the five Selectmen of Boston in 1765, and office once held by his uncle. When the colonists rioted over the British Stamp Act, John took a moderate position at first, but eventually began to boycott British goods, which made him extremely popular in Boston. He was elected to the Massachusetts House of Representatives in 1766 because of it.

Samuel Adams was the clerk of the House at the time. Fifteen years older than John and very stark and Puritanical in demeanor in comparison to John’s taste for luxury and extravagance, they made unlikely friends. However, Samuel became John’s political mentor and encouraged his support of and participation in the American Revolution when it officially began.

Hancock negotiated with the British after the Boston Massacre and was successful in getting them to remove their troops from the town, an act which got him re-elected to the Massachusetts House quite easily. He was elected moderator of the town meeting that lead to the Boston Tea Party. He eventually told the attendees that every man must do what was right in his own eyes; therefore, while he did not participate in the Boston Tea Party, he gave it his unspoken approval. He gave a speech at the fourth annual remembrance ceremony of the Boston Massacre, which also enhanced his reputation as an American patriot.

When Britain dissolved the Massachusetts House, members formed the Massachusetts Provincial Congress and elected Hancock president of it. The next year, he was elected as a delegate from Massachusetts to the second Continental Congress in Philadelphia, replacing a delegate to the first one who had been unable to attend it. Samuel Adams was also elected, and the two went together, stopping to stay at Hancock’s childhood home in Lexington along the way. They were there when the first shots of the American Revolution were fired, and Paul Revere was sent to warn them that British troops were coming, as the colonists believed the British wanted to arrest them. At the time, there actually was no order to arrest Hancock and Adams, and Hancock actually wanted to take to the field to help the colonial soldiers fight, but Adams convinced him he was more valuable as a political leader.

After Lexington and Concord, though Adams and Hancock had not fought, the British offered a general pardon to anyone who put down their arms and went back to living peaceably as British subjects, with the exceptions of Adams and Hancock. This singling out of them this way solidified their reputations as American patriots and leaders of the Revolution.

Adams and Hancock made their way to the Continental Congress in Philadelphia, where Hancock was quickly and unanimously elected its president. Hancock wed his fiancee, Dorothy “Dolly” Quincy later that year when the Congress was in recess (they had two children together, neither one of whom lived to adulthood… a daughter died as a baby, and a son died at nine years old in an ice skating accident).

When the Declaration of Independence was approved on July 4, 1776, it was sent to a printer to be copied and distributed. At the time, Hancock’s name was the only one on it, and it was printed, not signed. These copies were widely distributed, and George Washington read one to his troops. The document that is on display at the National Archives was handwritten as a copy of the printed version six months later and signed by all the Congressional delegates as a ceremonial copy. This is the one Hancock’s famous large, stylish signature appears on.

Hancock took a leave of absence from the Congress in 1777 and served in local offices back home. He did come back to the Congress briefly but left because he missed his wife and newborn son. He briefly commanded a regiment of 6,000 troops in the war at his own request, which Washington granted, but soon went back home, where he engaged in many charitable pursuits, which continued his popularity with the people of Boston. To no one’s surprise, after the Revolution was over, he was elected the first governor of the new state of Massachusetts, no longer a colony, but part of the United States of America. 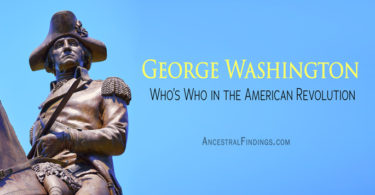 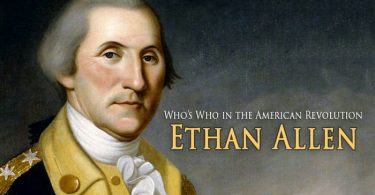