Locating the birthplaces of your ancestors is an important part of genealogy. It can open up whole new lines of research to you. Here’s how to find them.

You need to know where your ancestors were born. This information lets you know a lot about what their early life must have been like, and gives you a place to start looking for their parents, grandparents, and other generations before them. While it is not always possible to locate the place of birth, every attempt should be made, in order to create a more accurate, richer, more detailed, and interesting family history.

If you are looking for the birthplace of an ancestor, here are the top places you should try searching.

Things like scrapbooks, photos, diaries, and family Bibles can all be potential sources of a birthplace. Whether it is written on the back of a photo, in the notes on a scrapbook, the pages of a diary entry, or in a more formal manner in a Bible, these personal family items may be the ONLY places you will find an ancestor’s place of birth mentioned, especially if it is an ancestor from a century or two ago, and they were born in a place that did not keep good vital records, or where those records were destroyed. If you have any of these items, be sure to go through them thoroughly, so you don’t miss anything important, such as a casual mention of where an ancestor was born.

I visited a previously unknown cousin I met online once, and she had an old family Bible as well as a family scrapbook, all full of photos and other interesting things about a branch of the family I had little information on at the time. In the upper left corner of the inside cover of the scrapbook, someone wrote in a particularly mysterious ancestor’s place of birth. Since it was nowhere near where he lived, or where I knew his parents to have lived, I thought it must be a mistake. It was only about four years later when I was going through town vital records in Massachusetts online that I came across the birth record for that ancestor… right in the town the scrapbook indicated. It seems his parents lived there briefly just before and after he was born.

Always look for verification of anything you find in family items. However, if you can’t find verification, the chances of it being right are probably high, especially if it was written by someone with first-hand knowledge.

Birth, death, and marriage records can be good sources of birthplace information. While a birth certificate is a primary record, created at the time of the birth, and most likely of all the vital records to be correct, they aren’t always available. Some places didn’t record births until well into the 20th century. Other places won’t release birth records to anyone but the parent and/or the person named in the record until a certain amount of time has passed, usually 75 to 1001 years.

If you aren’t able to locate a birth certificate, a death record is your next best bet. Modern death certificates usually include the place of birth of the deceased. Some old town vital records from the 18th and 19th centuries also list the birthplace on such things.

You might be able to get a birthplace off of a marriage record in town vital records, too, particularly towns in New England. New England is notorious for being a place for meticulous record keeping on all vital events going back to the 1600s.

Beginning with the 1850 U.S. Federal Census, birthplaces were listed for those who were enumerated. Typically, it was just the state, or the country, if the person was not born in the United States. However, this can be important information that shows you where else you should be looking if you didn’t know the birthplace at all.

Subsequent census records, beginning in 1880, also listed the birth states or nations of the parents of those who were enumerated. This can open up new avenues of research into earlier generations for you. Birthplaces in census records are often incorrect, especially when it pertains to the parents, but it is worth looking into and checking. You never know when you will come across correct census information that will lead you to a birth record elsewhere. – Learn More

Whether it is the actual record of someone’s military service, or their pension application (or the pension application a family member filed on their behalf), there are ample opportunities for birthplaces to be listed. In fact, birthplaces often had to be proven to obtain a pension, so either a record of the birth or one or more sworn affidavits from people who knew the applicant, will be included to give the pension board the proof they needed to grant the request. Because birthplaces are often proven in these records, they are typically trustworthy.

There are reams of compiled church records from around the world held by the Jesus Christ Church of Latter-Day Saints (aka the Mormons). You may find your ancestor’s birth or baptism (the next best thing) record among those records. You can also find church records in compiled books, on websites like Ancestry.com, and at the actual churches themselves. Quakers were particularly good at recording vital records within the church, and there are many books of Quaker church records available. – Learn More 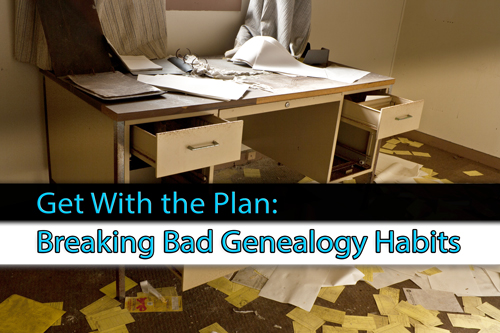