Virginia has a long history of human habitation, going back thousands of years. It was also the location of the first permanent British settlement in North America and was one of the original thirteen American colonies. It has some intriguing folklore of its own. Here are some of the fascinating and quite mysterious highlights of it.

Virginia is one of the original thirteen British colonies, but it has been inhabited by humans for far longer. The people who lived there were nomadic at first, but permanent villages began appearing in the area around five thousand years ago. The local Native Americans in Virginia began farming in about 900 A.D. By 1500 A.D., there were established towns and trade routes between them. The Algonquians and Iroquois were among the established groups to live there.

By the time the first known Europeans arrived in Virginia in 1583, the Algonquians had brought all of their individual tribes under the leadership of Chief Powhatan to defend their trade routes from other Native tribes in the area. Their population at the time of the first European settlement there at Jamestown in 1607 was around 13,000 to 14,000 people.

Virginia was always a British settlement, once the Europeans came, though the Spanish did send some religious missionaries to the Chesapeake region in the late 1500s. The British lived side by side with the Native population, though not always peacefully, and this continued after the American Revolution when Virginia became a part of the new United States of America.

There is a lot of interesting folklore associated with Virginia. Here are some of the highlights of it.

The Ghost of Sarah Henry

Most everyone in the United States today is familiar with the American Revolution patriot Patrick Henry. He lived in Virginia, and his first wife’s name was Sarah. Sarah Henry developed a debilitating mental illness shortly after giving birth to her sixth child. Today, we would probably say it was post-partum depression, and it would be able to be treated. In the 1700s, however, the only thing to do with a person who sometimes had to be restrained with a straight jacket was to put them in a mental institution.

Patrick toured a few of these, but even the nicest ones were too tragic for him to bear the thought of putting his beloved wife in one. They were all known for human rights abuses, even the institutions for the wealthy, like the Henry family. So, Patrick had his basement turned into a sanitarium for Sarah, with her own personal attendant. She had a window that allowed her to look out on her beloved garden, high enough on the wall that she couldn’t escape through it.

Sarah died in the basement a few years later and was buried in an unmarked grave on the Henry property. The property is open to the public today, and people often claim to have odd experiences there that they attribute to the ghost of Sarah Henry. Her spirit sometimes appears in white, and lights candles at night in the windows. Occasionally, she screams, and any visitors who hear it generally leave the place quickly when they do. Even Patrick Henry’s own great-great-great-granddaughter would not stay overnight at the house because she believed it to be haunted.

In 1885, local man James Ward started selling pamphlets called The Beale Papers. He charged a whopping (for the time) fifty cents each for them, and these mysterious pamphlets have been a source of intrigue in Virginia ever since.

The Beale Papers allege that a man named Thomas Beale, along with thirty other men found a prosperous gold and silver mine in Santa Fe, New Mexico. It was filled with a fortune, and the men raided it, taking much of its treasure away to Beale County, Virginia, where they buried it in a secret location for safekeeping. The pamphlets sold by James Ward allege that there are three coded letters that reveal the location of the treasure, a description of what is included in the treasure, as well as the names and contact information of the other thirty men involved in finding it. The papers were put in a box and given to Thomas Beale’s most trusted friend, and eventually made their way to James Ward, who decided to print and sell them.

The papers contain ciphers, and the one that described the treasure was eventually decoded. However, the other two, with the contact info of the other thirty men and the location of the treasure, remain unsolved. Most experts believe the treasure is a well-done hoax, as no evidence of a man named Thomas Beale exists. However, many people still search for the fabled Beale County treasure, and attempts are still being made to decode the other two papers.

The Werewolf of Henrico County

Does Virginia have an actual werewolf? Some people think so. Sightings of it have been going on for years, and those who have seen it say it is about six feet tall with pale gray fur. It has a human body, but a wolf’s face, and can stand and walk like a human. It can also chase away anyone who approaches it. Yet, unlike most werewolves of legend, the one in Henrico County has never been known to hurt anyone. It just chases people away because it seemingly likes its privacy.

The werewolf is also notoriously noisy. Residents of Henrico County often hear a loud howling sound at night that they attribute to the werewolf. They say it sounds like a dog, but more intense, like a dog on steroids. It is a perfect sound for a werewolf to make.

So, is there a werewolf in Henrico County, Virginia? No one knows for sure. However, it is not unusual for strange animals to be seen occasionally in most parts of the world, which is how we get legends such as Big Foot, the Yeti, and the Loch Ness Monster. Virginia simply seems to have its own version of this worldwide phenomenon. 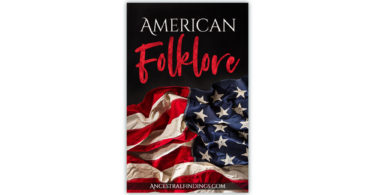 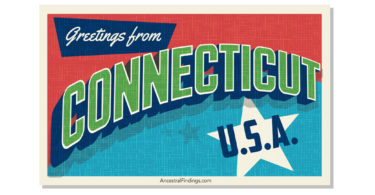