The Founding Fathers really wanted to make sure that the common, everyday people of America would have fair and equal legal rights, no matter their wealth or status in society. They wanted everyone on equal footing in the nation’s criminal and civil courts. The seventh amendment deals with civil lawsuits, and how the Founding Fathers set up the courts to treat everyone equally.

Even in the days of the Founding Fathers, not every case that came before a court was a criminal one. There were civil cases in those times, just like there are today. People would, and did, sue each other, or sue businesses, or sue just about anything else they could in order to get what they viewed as proper compensation to a wrong that was done to them. Just like with criminal trials, the Founding Fathers wanted to make sure that civil suits were conducted fairly. They wanted to make sure that wealthy people would not automatically be ruled in favor of at civil trials just because of their wealth and influence. Therefore, they added civil lawsuit rights and protections into the Constitution with the seventh amendment.

In Suits at common law, where the value in controversy shall exceed twenty dollars, the right of trial by jury shall be preserved, and no fact tried by a jury, shall be otherwise re-examined in any Court of the United States, than according to the rules of the common law.

What Does it Mean?

Well, first of all, the Founding Fathers wanted to make sure that frivolous civil lawsuits did not go to court because this would simply make it more challenging to get on the docket for those with more valid claims. Therefore, they made it law, in the Constitution, that a civil lawsuit had to be worth at least twenty dollars before it could be brought to court. In those days, twenty dollars was quite a lot of money, so it seemed like a reasonable threshold. While twenty dollars is barely pocket change to most people in America today, it still remains the threshold, because it has stayed as it was written in the Constitution since it was written more than two centuries ago.

When the value of a civil suit met the twenty dollars or more threshold of value, the person bringing the lawsuit, as well as the defendants, were entitled to a trial by jury to determine if the suit had merit. Because it was not uncommon in those days for other, higher courts to overturn monetary awards given to common citizens against wealthy or influential ones (or both) in exchange for political favors, the Founding Fathers wrote it into the Seventh Amendment that once a verdict was reached in a civil lawsuit, no other court could take up the issue. Well, except according to the rules of the common law.

The common law usually meant there was always a right of appeal, even up to the highest court in the land (which was the US Supreme Court, if they agreed to hear the case, which they never had to, and still don’t). The plaintiffs and defendants always had the right of appeal as far as they could take their case. What was prohibited was an outside court with nothing to do with the case arbitrarily deciding the verdict of the other court was not fair, and deciding to try it anew, usually in the favor of the wealthier, more influential party.

The Founding Fathers were particularly concerned with protecting the proper legal rights of everyday Americans. They learned from the abuses of this in England. That is why so many amendments in the Bill of Rights have to do with the legal rights of the common people. 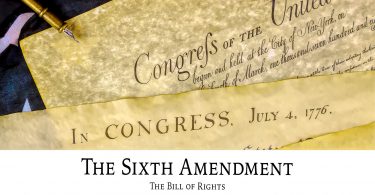 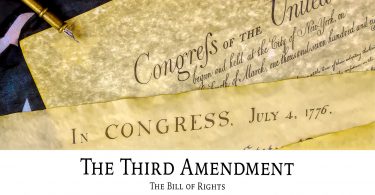