Do you have French ancestors? You don’t have to go all the way to France to research them. Many French genealogy records are online. Here are the best sources.

The French have been coming to North America even before the English. Back in the mid to late 1500s, French fur traders began coming to the North American continent to trap animals and bring back their pelts to sell or trade-in France. These early French visitors spent time getting to know the Native American population, and even lived and worked among them as friends and equals. Their good relations with the Natives led to many intermarriages, much more than among any other nationality that came to North America in subsequent decades.

The French were among the earliest Europeans here, and they established a presence that is still felt strongly today in such places as New Orleans and Quebec. Some places in North America are just quintessentially French. If you have French ancestry, these are the top online resources for beginning your French genealogical journey.

The number one genealogy site on the Internet has numerous records of French immigrants to North America, as well as records for your ancestors who stayed in France. This is a membership site with several levels of membership you can purchase, depending on your needs and budget. To access records from within France, you will need a World or World Deluxe membership. Accessing records for French immigrants to the United States will only require a U.S. or U.S. Deluxe membership. You have the option of paying for your membership monthly, twice-yearly, or annually.

Operated by the Mormons, this free genealogy site is a treasure trove of French genealogical records. It has the French census, which was taken every five years beginning in 1836 (though it is not indexed). It contains the names of every person living in the household, though it is difficult to search unless you have a street address for your ancestor, or have loads of time to browse the millions of pages online looking for a name you recognize.

You will also find civil records for births, deaths, and marriages in France up to the year 1870 on this site (for about half of the provinces in France, though more are being added all the time), and Decennial indexes for every French town. A lot of ancient French genealogical records are still to be found among the parish registers of France. While it’s difficult to get access to these records without visiting France itself or hiring a genealogist in France to search them for you, FamilySearch.org has some of them on microfilm, and the earliest of these parish records date back to 1334. It’s always worth checking this website to see if records of your French family are there. If they are, you will find a treasure trove of important genealogical information.

This is the official repository of information on Canada’s history and genealogy. In fact, genealogists make up about 70 percent of the Library and Archives’s clients. There are literally millions of records here on French immigrants to Canada, as well as their descendants who continued to live in Canada. While an in-person visit is necessary to get access to the entire collection, millions of records are available online at the Library’s website. You will find everything from vital records, census records, military records, immigration records, and even photographs of French ancestors available online for free on this website.

This website contains more than 2 million civil and parish records from France that were contributed by users who found and copied those records for digitization. It is a wonderful resource for researching and discovering your ancient French ancestors. There are also scanned books on French genealogy here, as well as a selection of other French genealogy resources. Some of the records are free to access, while others require the purchase of credits to use on the site to see the full record beyond just the name in the index. If you have any French ancestors at all going back to the 1300s, this is a site you will definitely not want to miss. You could find valuable information here that isn’t available anywhere else outside of France.

You’ll need to know a little French (or run the text through an online translator) to use this site, but its records make it well worth the effort to translate. Here, you will find civil and parish register records that have been made available online, all of which are searchable by name, which makes it so much easier to find our ancestors. Decennial indexes, census records from 1836 to 1975, estate records that are also searchable by name, military records, and old newspaper records and photographs are all available for free on this valuable website maintained by the French government. 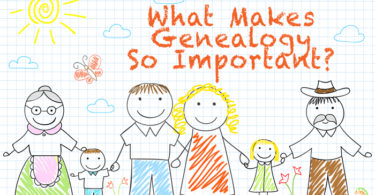