Oral histories are a crucial part of genealogical research. Interviewing older relatives can reveal a wealth of previously unknown information. Here’s why.

Even the federal government recognized the importance of oral histories long ago. Back in the 1930s, when the Civilian Conservation Corps was established to create jobs during the Great Depression and shore up the nation’s infrastructure at the same time, taking oral histories was one of the many jobs performed by people in the Corps.

There were still people alive in the United States than who had personally fought in or lived through the Civil War, and also people who had been born as slaves and spent the early parts of their lives being owned by other people. The U.S. government recognized the importance of getting the stories of these people recorded while they were still here to tell about those long-ago times. They were, after all, an important part of American history. Getting the personal perspective on those times was as important as knowing the book facts about them.

Because of the recognition of the federal government of the importance of oral histories, we now have audio recordings and written transcriptions of the stories of former slaves and Civil War soldiers (and wives and children of soldiers). These stories give personal details about the time of slavery and the Civil War that we would have lost long ago if not for these interviews. Many of the stories were not recorded in any other official documents and existed only in the memories of those who were interviewed.

Getting those stories brought long-lost people and events back into the public memory again and preserved them for future generations. These oral histories are invaluable historical resources today, for both historians and genealogists. If you were lucky enough to have an ancestor who was interviewed, you already know much more about the actual people in your family tree than most genealogists ever will.

Even before official oral histories started to be taken, some people recognized the importance of preserving their memories for future generations. While many people in the 18th and 19th centuries were raised to believe it was improper to talk about themselves, as it showed unattractive vanity, others wanted people to know about them and remember them. That is why diaries were so popular in those centuries. People recorded the mundane details of their lives, believing that someday, someone might want to read about those things, and inherently understanding that these details were important.

There are a few 18th-century diaries by women that have been preserved, though most from that century came from men. In the 19th century, we begin to see much more diary-keeping by women. Some diaries are still in the possession of the descendants of the writers and accessible only by their families. Others have been published for the whole world to benefit from if they choose to read them. These are written oral histories… they came from the thoughts of the people who wrote them, so they are like thoughts being spoken aloud onto paper. As with a more conventional oral history, they give details into people and events that would otherwise have been forgotten by the world, and provide valuable insight into how people lived and what some individual people were like as human beings.

In the days before diaries, letters were the best way of recording the details of a person’s life. If both the letters a person sent and those they received in return were preserved, that painted an even more detailed picture of that person and their times. Some archives have letters that were donated by local families that provide wonderful insights into what a person was like, who they knew, how they lived, and what was important to them. These letters from families that are not well-known are like genealogical gold if you can find them.

There are also famous letter collections that give great insight and detail into the lives of well-known historical figures. The love letters between Henry VIII and Anne Boleyn, for example, tell us in their own words just how Henry and Anne felt about each other before they got married, during the height of Henry’s passion for Anne, when he changed the structure of England so that he could wed her. The letters between John and Abigail Adams begin during their courtship and go through their entire married lives together, providing fascinating detail into their romantic feelings for each other, their partnership as spouses, as well as the historical details of the times in which they lived (which included the American Revolution and Adam’s presidency). Letters between Thomas Jefferson and John Adams reveal a lot about who these two famous men were as people, as well as what made them friends, then enemies, then friends again.

Diaries and letter collections give the kinds of details that you would ask for in an oral history interview. If you are doing research into your ancestors and come across diaries or letters they wrote, you will be thrilled and appreciate that they did it and their works were preserved. These are the next best things to being able to interview them yourself.

So, as you can see, oral histories are crucial to good genealogy research and provide invaluable genealogical information for you and for future generations. Conduct interviews with all of your older relatives while you can, and seek out interviews, diaries, and letters your ancestors wrote to get the old-fashioned version of an oral history to enrich your research. These intimate details of your ancestors’ lives are part of what makes real genealogy so rewarding. Don’t neglect them in your own research. They add so much that is unavailable anywhere else. You’ll be glad you took the time to do it, and so will the future researchers who use your work as their reference.

Why Oral Histories Are So Crucial to Good Genealogy, Part 1 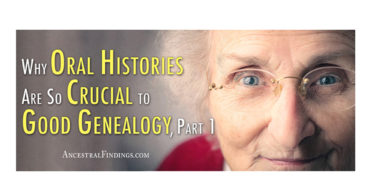 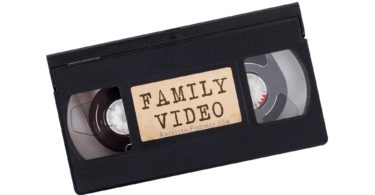