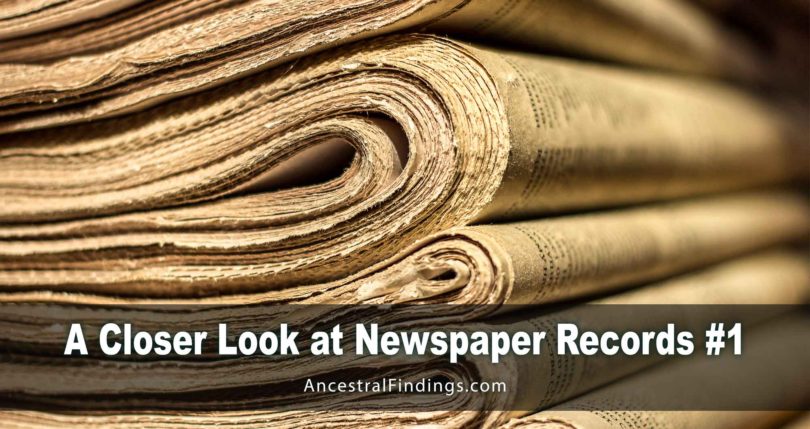 Old newspaper records are a terrific source of genealogical information of all kinds. You can find almost anything about your ancestors in old newspaper records. If you’re not using them in your research, you should be. This is what you may find in these old records.

One of the best tools to use to gain tough-to-find personal information on your ancestors, as well as to fill in stubborn blanks on your family tree, is old newspaper records. Newspapers have been being published around the world for centuries, thanks to the invention of the printing press in the early 1400s A.D. Printing newspapers on a large scale in communities or even countries really took off in the mid to late 1700s.

These early newspapers were usually filled with intimate details of the lives of the local citizens. After all, in the age before television and the Internet, the goings on amongst the locals was the big news of the local and regional newspapers that were published. Sure, some national, and even world news, got in there. It was, however, the news about what the locals were doing that really made the bulk of the content of those newspapers. This was true until at least the early 1900s in most places, and even into the mid-twentieth century in others.

If you are looking for stories about things your ancestors did that you probably won’t find anywhere else, newspaper records are where you want to look. Mentions of your ancestors in local newspapers will give you details of things they did that aren’t in any of your typical family records. In some cases, when entire stories are written about them, you will become privy to intimate details of their lives, their families, and who they were as people. To genealogists, this kind of information is priceless.

If your ancestor was involved in a famous or infamous local event that was ongoing at the time the newspaper was published, you may even find a series of articles over several issues about your ancestor’s involvement. There may be quotes from your ancestor or people who knew him or her. This is genealogical gold, and newspaper records are where you will find it. The only thing better would be if you are lucky enough to have had an ancestor who kept a personal diary, and you inherited it or were allowed to read it and make copies.

You can also sometimes find old photographs of ancestors in newspaper records. This is another terrific benefit of these records. You may never have seen a photo of a particular ancestor, especially one from several generations ago. It is a thrilling find when you locate a photo of him or her in an old newspaper record, which allows you to put a face to the name on your family tree, and turns that name into a real person. You can also use old newspaper records to fill in date and name gaps in your family tree. Marriages, deaths, births, birthdays, anniversary celebrations, and relatives visiting from out of town (and vice versa) are all mentioned in old newspaper records. If you do not have the official vital records, or if they don’t exist, these records will fill in the information for you. 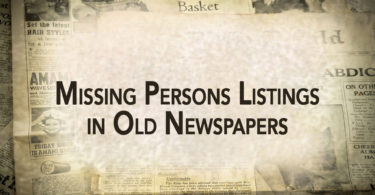 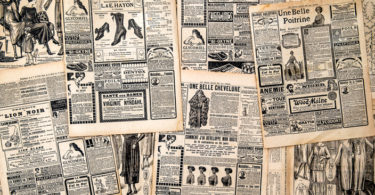