As genealogists, we love to collect all kind of information about our ancestors. Any little scrap of information will do. It satisfies our need to know about the people who came before us, who helped contribute to us being “us.” It does not matter how insignificant the information may seem to others. To us, any little bit of knowledge is another piece in the puzzle that is the picture of our ancestors’ lives.

Some of the most interesting information about our ancestors, and some of the hardest to come by is what their lives were like as children. Also, what they were like as parents to their own children is equally as interesting and equally as challenging to find, unless you happen to be lucky enough to know someone with firsthand knowledge who can tell you.

The fact is, children, and the raising of children, usually left behind very few records, as it was all considered common sense, and matters of the family and not news. There might be a legal record if something extraordinary occurred, such as adoption or outrageous abuse. There is a legal record from the 1650s in my own genealogy, from the Massachusetts Bay Colony, that indicates custody of an infant was awarded to its maternal grandparents due to unusual abuse from its stepfather. In a time when harsh discipline of children was the norm and expected, the abuse the infant suffered at the hands of its stepfather had to be truly unusual for the Puritan government to give the baby to its grandparents for its own safety.

However, in most instances, you will not find much information on the childhoods of your ancestors, or their experiences as parents. You can, however, locate information that will tell you how their lives were probably like as children or as parents. Where is this information? It is in old newspaper advertisements. If you can find old newspapers from the time and place where your ancestor was a child, or where he or she was a parent, you can derive a lot of “probable” information about how they lived their lives based on those advertisements.

How? Read on to find out how to use old newspaper advertisements to piece together the childhoods (and parenthoods) of your ancestors.

In every generation, parents have, by and large, done their best to provide the best for their children. Every parent usually wants their children to have the best of everything, and a better childhood than they themselves had. There are, therefore, advertisements in old newspapers, usually ones dating from the 1800s and early 1900s, that are targeted toward parents and how they should be raising their children. From these advertisements, you can glean a lot of likely information on how your ancestors spent their childhoods, and how they acted as parents toward their own children.

Take school, for example. By 1918, every state in the United States had made an elementary school education mandatory for every child. If a parent wanted to educate their children beyond the elementary school years that the government provided for free, they had to use tutors and private schools, sometimes even boarding schools. These schools and tutors advertised in both local and national newspapers. You can get an idea of what type of educational opportunities beyond elementary school that were available to your ancestors by looking at these advertisements.

There were also advertisements for vocational schools for those parents who wished their children to learn a trade after elementary school. And, those trade schools could cover a variety of interests. For example, there was once an International School of Photo-Play Training in Portland, Oregon that taught acting. This was at a time when movies were a new technology, and people were attracted by the high salaries early stars like Mary Pickford and Charlie Chaplin commanded.

There were also ads for children’s clothing. While most families made their children’s clothing by hand until after WWII, those who had the money could afford to buy pre-made clothes off the rack at department stores, and those stores advertised. What parent wouldn’t want their child to wear the best clothing money could buy, and what parent wouldn’t save up to afford at least one good piece for their child? At a time when just two or three dollars was considered a lot of money, you can learn a lot about children’s fashions and how much your ancestors might have paid for store-bought clothing (or how likely your ancestor was, as a child, to have it).

Of course, the health of children was always and continues to be a primary concern for parents. If you want to know what types of medicine your ancestors were given (or gave their own children) for various ailments, or what health-giving tonics they were given to keep them well, look no farther than the local newspaper advertisements of their times. You may find some truly horrifying things being advertised for children, such as cocaine-syrup to ease a cough, or laudanum to help baby sleep (so the parents could, too). You might also find some amusing things, such as magnetic wave treatments in the early 1900s to help short children get taller.

You might even find advertisements for children’s toys. Manufactured children’s toys weren’t really a “thing” until the industrial revolution of the mid-1800’s, and only the very rich could afford them until the mid-1900’s, but those advertisements are interesting to look at. Maybe your non-wealthy ancestors saved up just to get their children one special manufactured toy for a birthday, Christmas, or other holiday. The ads from the newspapers of your ancestor’s area and time will tell you what that toy might have been.

As you can see, old newspaper advertisements can tell us much about the mysterious childhoods of our ancestors, or what they were like as parents. Have a look around and be amazed at what you discover in them. 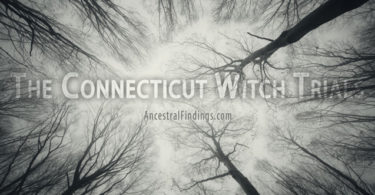 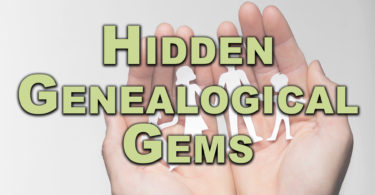