The Alien and Sedition Act cost President John Adams re-election. Here’s why this act made our nation’s 2nd president the first to lose a re-election campaign.

John Adams is known to history for many things–the nation’s first vice-president, the nation’s second president, the most vocal supporter of independence from Great Britain at the Continental Congress, and as the father of our nation’s sixth president, John Quincy Adams. He is also the first president to not win a bid for re-election to a second term in office. That loss was partially due to his imperial attitude and acts of questionable constitutionality while in office. The one that made the biggest negative impact on his presidency was his passage of the Alien and Sedition Act.

The Alien and Sedition Act essentially made any criticism of the government illegal, and seriously impinged upon the First Amendment. Adams received a lot of negative publicity for this act, and it was at least partially responsible for his defeat to Thomas Jefferson in his re-election bid (and the end of their close friendship for the next couple of decades).

Why did Adams enact the Alien and Sedition Act, and why was it so controversial? Signed into law in 1798 with the backing of Adams’s Federalist Party, the act was actually a grouping of four acts passed in the wake of the French Revolution and an undeclared naval standoff with France known as the Quasi-War. It was meant to protect national security, much as similar controversial laws are meant to do today.

Those who were opposed to the act argued that it was not really meant to protect the nation, but to silence any critics of the Federalist Party. The act increased the number of years of residency in the United States required before citizenship would be granted from five to fourteen. It allowed the president to deport any non-citizen age 14 or older who was deemed to be a threat to national security. Not surprisingly, most immigrants who were waiting to become citizens were supporters of Thomas Jefferson and his Democratic-Republican Party. Finally, the act made any written or verbal speech that was critical of the federal government illegal.

This last part was the thing that got most Americans really angry with Adams. The act was so unpopular that it was repealed when Jefferson won office over Adams in the election of 1800. However, the portion of the act that allowed the deportation of people deemed dangerous to the United States was quietly allowed to remain on the books and was used to deport people considered “undesirable” during WWII.

Jefferson pardoned anyone prosecuted under the act when he became president and paid their fines. The Act itself was a big campaign issue between Jefferson and Adams, as the American public saw the act as an affront to the American ideals of free speech and press. Adams, on the other hand, genuinely viewed the act as necessary to protect the nation he loved and helped found from its enemies.

Adams learned the hard way that Americans take their Constitutional freedoms very seriously. Though a father of this country and an outspoken proponent for independence, Adams did not believe the majority of the American public knew the proper way to handle independence and must be guided by those who knew better (including himself, naturally). Adams’s imperial views ultimately cost him the election and left a stain on his otherwise great legacy. Other presidents have learned from his example, and any tampering with First Amendment rights since then has always been done with much more care and courting of favorable public opinion before being activated. 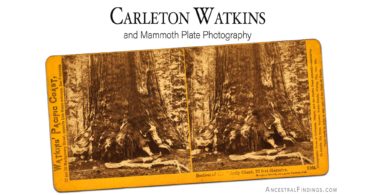