New York has a long and interesting history going back thousands of years to Native American times. It has been a French fur trapping outpost, a Dutch colony, a British colony, and one of the original thirteen American states. It has some genuinely intriguing folklore associated with it. Here are some of the highlights of it.

One of the original thirteen British colonies in North America, New York was the eleventh state to ratify the Constitution, making it officially the 11th state to join the union. Prior to becoming a British colony, the area that was to become New York was the home of various Algonquin and Iroquois Native American tribes. Those tribes lived there for hundreds, and possibly thousands of years before the first Europeans came to the area. French trappers and Jesuit missionaries were the first Europeans to arrive, then the Dutch, who settled the area and called it New Amsterdam. England obtained New Amsterdam from the Dutch in 1664 and re-named it New York. Over the centuries, it became a political and cultural hub for the United States and the world.

Naturally, a place with such a storied history will have some interesting folklore of its own, and New York is no exception. Here are some of the highlights of the unique folklore of New York.

The Legend of Champy

Like most large, deep lakes in the world, Lake Champlain in New York has a lake monster associated with it. This one is affectionately called Champy. There is definitely plenty of room in Lake Champlain for a monster. It is the sixth largest freshwater lake in North America, and some places in it are hundreds of feet deep. It also has a series of smaller lakes and rivers that connect it to the Atlantic Ocean, providing for ample opportunity for large creatures of all kinds to find their way to the idyllic home the lake offers.

Legends of Champy are not new. In fact, they go back way before European exploration of North America, with ancient Abenaki and Iroquois tribes having seen Champy. These Native tribes called the monster Tatoskok. The earliest known sighting by a European was in 1609 by Samuel de Champlain, for whom the lake is named. Champlain described the monster as being twenty feet long, as thick as a barrel, and with a head like a horse.

Sightings of Champy continue in the present, and a clear photograph was even taken by a picnicking tourist in 1977. In the photo, Champy looks a lot like the Loch Ness Monster. However, Champy and/or his or her descendants have been observed for much longer, as Nessie was only first reported in 1933. Champy has been around for centuries longer than his or her more famous relative.

Montauk, New York is home to several truly out of this world goings-on. In fact, some of the things that have happened (and may still be) at Montauk formed the inspiration for the hit Netflix TV show, Stranger Things.

Montauk used to host an old military base called Camp Hero. While the base is now abandoned and has been turned into a state park, there are tales of weird top-secret experiments going on there when it was a military base. The experiments were said to have taken place between the 1960s and the 1980s, and included contact with aliens, experimenting on children who were supposedly psychic, and time travel.

Most of the tales of Montauk come from a man named Preston Nichols, who was an electrical engineer who says he worked there during the experiments. He claims the military base was created to house kidnapped children who were being turned into psychic soldiers (kind of like Eleven from Stranger Things). The military supposedly used alien technology to do these experiments. Nichols claimed to have had contact with three different alien species at the old military base and also said research teams working there in 1983 accidentally ripped a hole in the space-time continuum.

The Ghost Ship of the Hudson

Beginning with the Dutch colonial days of New Amsterdam in the early to mid-1600s, there have been reports of a ghostly ship with no identifiable flags sailing on the Hudson River. The ship brings violent storms with it, and usually moves against the tide. It also usually appears to have no crew. When it appears, powerful storms follow a few hours later.

No one seems to know the origins of the ship, though some believe it to be Henry Hudson’s old ship, the Half-Moon. Others believe it is a ghost ship summoned by evil fairies to menace the humans who live along the river. The ship is still reported as being seen from time to time, even in the modern era, though there were no reports of it before Hurricane Sandy.

New York City is a large place, with more than eight million people living in it, and hundreds of tall buildings. With so many people and abundance of architecture, there are some buildings that are totally haunted and some that are only haunted in certain areas. One of the most famous localized building hauntings is the penthouse at 57 W. 57th St. The rest of the building seems to be fine; it is just the penthouse that is haunted, and it is a popular place for ghost hunters to explore.

The origin of the haunting is said to be because of the unhappy marriage of Albert Champion (who invented spark plugs) and his wife, Edna. Edna had an affair that became public, embarrassing Albert. Edna’s lover then murdered Albert, and Edna convinced the police Albert died of more innocent causes. She was able to collect on his estate as left to her in his will, which was a substantial fortune for the time.

Edna and her lover, Charles Brazelle, bought the penthouse and lived there together. However, Brazelle was insanely jealous and kept Edna locked up in the penthouse as much as he could manage. One day, in a jealous rage, he beat her to death with a telephone, and her bodyguards, responding to her cries, threw Brazelle out the penthouse window, killing him. After this, a wealthy socialite named Carlton Alsop bought the penthouse, and he claimed to hear the ghosts of Edna and Brazelle arguing, as well as Edna’s high heels walking around the place. The ghosts eventually drove him insane, and his wife left him. He committed himself to an asylum, and even his dogs were said to have emotional breakdowns after living in the penthouse.

The sounds of Edna and Brazelle arguing in the penthouse are still heard today, and attract ghost hunters from all over the world. 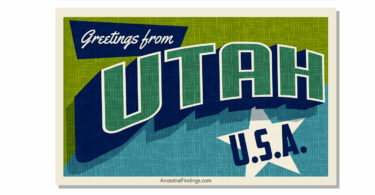 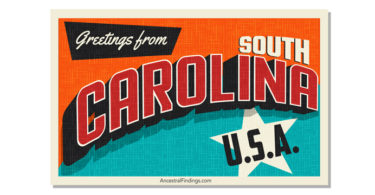