Abigail Powers Fillmore was among the most educated of the early First Ladies, and her influence on working women and education can still be felt in the atmosphere of the White House today. The White House even has a library because of her. Here is her intriguing story.

Born March 13, 1798, in Stillwater, New  York, Abigail Powers would one day become our nation’s 13th First Lady. She was the daughter of Lemuel Powers and Abigail Newland. Her father, Lemuel, was a Baptist minister and died shortly after Abigail was born. Her mother moved the family to Moravia, New York, which was a little west of Stillwater, and not far from the family farm of her future husband’s parents.

Her mother moved her small daughter and son westward because she believed her meager money would go further in a less settled area. She was right. Between the lesser expenses in Moravia, and the benefit of having Lemuel’s impressive library of books with her, Abigail’s mother was able to educate her daughter and son well above what normal frontier children received.

Though her mother educated her and her brother in their early years, Abigail still received an exceptional education. Because of her mother’s teachings, she developed a love of literature. She also became intrigued by math, history, geography, philosophy, and politics. Abigail went from her mother’s teaching to finishing school (which was what high school was called back in those times), and from there to be a teacher herself. She even continued to teach after marrying future U.S. president Millard Fillmore, making her the first First Lady to continue working after marriage.

Abigail actually had quite an impressive teaching career. Beginning in a part-time teaching job with the Sempronius Village School in 1814, she became full-time in 1817 and then took on a second job in 1819 at the New Hope Academy. She taught there until 1824 when she was asked to come to Lisle to be a private tutor to three of her young cousins. While tutoring, she was asked to open a private school in Broome County, New York, which she did in 1825, but only stayed long enough to open it. After the school was opened, Abigail went back to her original teaching job at the Sempronius Village School.

It was while teaching at New Hope Academy that the 20-year-old Abigail met the 19-year-old Millard Fillmore, who was her oldest pupil there. They both shared a love of knowledge, and it drew them together. After a time, their closeness as friends developed into a romantic attachment. In those days, a teacher and student becoming romantically involved was not considered scandalous, especially when they were so close in age to one another.

However, while they did become romantically linked, they did not marry right away. In fact, their engagement was an exceptionally long one for the times. They did not marry until Abigail was 27 and Millard was 26. They married February 25, 1826, at the Moravia home of Abigail’s brother, who was a judge. They did not take a honeymoon and settled in East Aurora, New York, where Abigail continued to teach until the birth of her first child. In those days, a woman could not be a teacher if she was pregnant. However, Abigail retained her lifelong love of learning. She was even instrumental in helping build the large personal library she and Millard shared.

Abigail and Millard had two children. Millard Powers Fillmore was born in 1828, and Mary Abigail Fillmore was born in 1832. As Millard’s career progressed, the Fillmore family gained more prosperity, and Millard eventually bought them a large house in Buffalo, New York. There, Abigail got to live in relative luxury, which was a sharp juxtaposition to the poverty in which she lived her childhood years. She began to learn how to be a society wife, and then a political wife after Millard was elected to Congress.

She enjoyed flower gardening during this time, but as usual, most of her spare time was spent with her first love, which was reading. By 1847, their son was at college and their daughter was at boarding school, and Abigail and Millard moved to the state capital at Albany for a while. By 1849, Millard was the US Vice-President, and Abigail moved to Washington, DC as the Second Lady of the United States.

She only spent a year and a half as Second Lady before President Zachary Taylor’s death made her First Lady. While Abigail tried to plead delicate health in order to turn over most social duties to her young daughter, she was obliged to stand for long periods every Friday night when the White House hosted official receptions; this was hard on her because she had a broken ankle that had never properly healed. 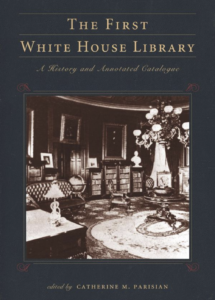 When she first moved into the White House, Abigail was appalled that it lacked a library. With a $2,000 appropriation from Congress, she built one. Because of her, the White House was outfitted with an impressive library, where books were placed that she devoted much time to choosing herself. There was Shakespeare, books on history, geography, and politics, as well as her personal piano, which she taught herself to play.

Abigail invited famous contemporary writers like William Thackeray, Washington Irving, and Charles Dickens to meet with her in the White House’s new library. In doing so, she created somewhat of a literary salon atmosphere there and became known as the most intellectual of the early First Ladies.

It is said that Millard Fillmore valued her opinion so much that he never made a decision without consulting her. Contemporary sources say he asked her whether he should sign the controversial Fugitive Slave Act, and she recommended he not do so, telling him he would lose the nomination to even make a try for a second term if he did so. After much deliberation, he signed the act after all and did lose the nomination in the next election, just as Abigail predicted.

After leaving the White House, Abigail and Millard were excited about the things they were now free to do and discussed traveling Europe. However, after attending incoming president Franklin Pierce’s inauguration, which was outdoors, she became ill, mildly at first. But, it progressed to bronchitis, and then pneumonia, and she died at age 55, not quite a month after leaving the White House, giving her the shortest post-White House career of any First Lady.

Millard Fillmore re-married five years later to a wealthy widow and remained married to her until he died in 1874. 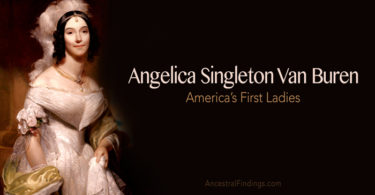