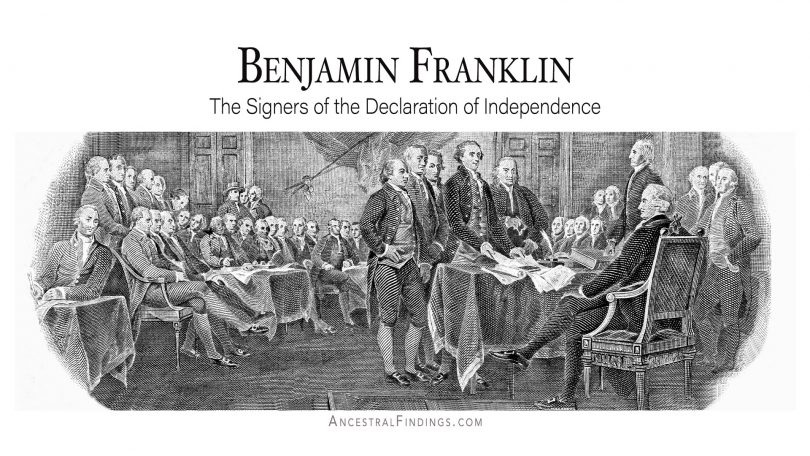 Benjamin Franklin is one of the best known of the signers of the Declaration of Independence, and one of our most celebrated Founding Fathers. Most of his life is well-documented, and there is much to tell, as it was one of achievement and adventure. These are some of the lesser-known facts about this most famous of founders.

Benjamin Franklin is one of the best known of the signers of the Declaration of Independence, and one of the best known of the Founding Fathers overall. Contrary to what many may believe, thanks to his presence on the American $100 bill, Benjamin was not an American president. Yet, he was undoubtedly one of the most important and influential architects of the nation we know today. These are some of the highlights of Benjamin Franklin’s well-documented life.

Born in 1706, Benjamin Franklin was one of seventeen children born to his father, Josiah Franklin, and one of ten of those seventeen born to his mother, Josiah’s second wife, Abigail Folger. Benjamin attended the Boston Latin School but didn’t graduate. His father wanted him to attend the local clergy school, but with so many children to support, Josiah did not have the funds to send him for the full two-year program there. After dropping out of the Latin school, Benjamin continued his education on his own with a lot of reading and became a lifelong scholar and learner.

Both of his parents talked about a career in the clergy for Benjamin when he was young, but he did not attend formal school after he was ten years old. After leaving school, he worked for his dad for a while and was apprenticed to his older brother James as a printer when he was twelve. James taught his younger brother Benjamin the printing trade and founded The New England Courant, the first truly independent newspaper in the American colonies when Benjamin was fifteen.

Benjamin wanted to write a letter to his brother’s newspaper to be published in it, and James refused him. So, Benjamin wrote a letter under the pseudonym “Silence Dogood,” who was supposed to be a middle-aged widow. Under this pseudonym and alternate personality, the teenage Benjamin wrote a number of letters to his brother’s paper that were published and were so popular that people around town often made them the subjects of conversation. When James later found out that Silence Dogood was his younger brother, he was displeased about it.

Benjamin was not to be deterred, though. He was a believer in freedom of speech from a young age. After James Franklin was jailed for three weeks in 1722 on a charge of publishing material that was unflattering to Pennsylvania’s governor, Benjamin took charge of the newspaper. While in charge, Benjamin published Silence Dogood materials with relish, even having her proclaim in print that” Without freedom of thought, there can be no such thing as wisdom, and no such thing as public liberty without freedom of speech.”

Benjamin left his apprenticeship with his brother early, being dissatisfied with working for him. Because he left without permission from his brother, he was considered a fugitive, as, at that time, apprentices were legally bound to their employers for the duration of their apprenticeship contract.

Benjamin went on to have many adventures on his own, traveling around Pennsylvania and other nearby colonies as a young teenager. He even met the fifteen-year-old Deborah Read while boarding at her mother’s house as a seventeen-year-old himself, and proposed to her. Deborah’s mother did not approve of the match, considering Benjamin’s uncertain business prospects. When Benjamin went to England on business, Deborah’s mother pushed her into marrying someone else. That man had many debts, and he soon left the colonies—and Deborah—for Barbados. Since no one knew what happened to him after that, Deborah could not be considered a widow and was not free to marry again.

To get around this, Benjamin and Deborah set up housekeeping together in September of 1730 as common-law husband and wife and were acknowledged by their friends and neighbors as such. They had two children together, a son and a daughter, plus took in and raised Benjamin’s illegitimate son William, who had been born earlier that year. While William’s birth mother is not known to history, many believe that it was Deborah herself, who was not able to publicly acknowledge the child as hers due to social conventions. She certainly treated William as if he were her own child, so it is possible she was his mother, as she and Benjamin were once again a romantic couple when he was born.

Benjamin became a successful entrepreneur and dabbled in a number of businesses, including printing, philosophy, writing, investing, science, politician, statesman, and diplomat. He invented the lightning rod, the Franklin stove, and bifocal eyeglasses, and developed some important theories on electricity. He founded the Library Company, the first Philadelphia fire department, and the University of Pennsylvania.

Benjamin was one of the earliest and most passionate supporters of colonial unity in the cause of independence. Because of this, he is often referred to as the First American. Benjamin’s outspokenness on the subject of independence, and his work in the cause of it brought him from his printing career into one as a politician, and in that capacity was appointed as a Pennsylvania delegate to the Continental Congress, where he not only signed the Declaration of Independence, he was on the committee that was assigned to get it written (along with John Adams and others, though Thomas Jefferson wrote most of the resulting document).

During the American Revolution, Benjamin was asked to be a colonial spokesperson in England. After the war, he was appointed as the first American ambassador to France. During and after the Revolution, Benjamin was coming and going across the Atlantic quite a lot, but his wife Deborah had a fear of sailing that kept her from accompanying him. This meant that they often spent years apart in their later decades together. Deborah became depressed at their long stretches of time apart and wrote to Benjamin about how sad she was, but he would not come home until his work overseas was done. She died in 1774, and their daughter Sarah said that one of Deborah’s last voiced wishes was to see her beloved Benjamin one more time. Benjamin did not come home until his business in Europe was concluded the following year after losing his wife.

He became estranged from his son William, who was a royalist during the Revolution and lost his son Francis as a child to smallpox. His daughter Sarah took care of him in his old age. He died in 1790 and was buried in Christ Church Burial Ground in Philadelphia next to his wife, Deborah, who had hoped for so long that her husband would come home. 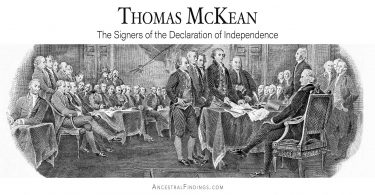 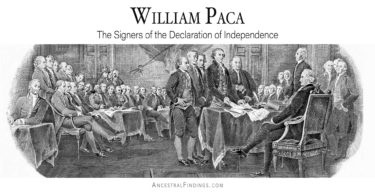