Today’s modern telecommunications have origins reaching back almost 200 years. We can than the telegraph and Morse code. Here’s the story of their invention.

Our modern telecommunications infrastructure, which relies on mobile phones and wi-fi connections, actually has roots that go much further back into history than you may imagine. Instant communication with people who are far away began in 1836, when Samuel F. Morse (an artist), Joseph Henry (a physicist), and Alfred (a machinist) invented the electric telegraph machine. The telegraph revolutionized communications. It sent electrical pulses along wires that were controlled by an electromagnet on the receiving end, where the message would go. The electrical pulses were sent in a series of dashes and dots, with different timing between them, to form messages that could be received and translated into words.

With cables being erected across hundreds, and even thousands of miles, it soon became easy to send an instant message to someone across the continent. Someone in Boston could send a telegraph message to someone in California, and the person in California would get it immediately, in real-time. All they needed to do was to go down to the telegraph office and pick it up or have it delivered to them. There was no longer any need to send letters that could take weeks, months, or longer to reach their recipient. Communication could be sent and received at the very time it was actually still important. With the technological marvel that was the laying of a trans-Atlantic telegraph cable on the ocean floor, this type of communication became possible around the world. This was long before the invention of the telephone. It was the earliest known version of instant messaging or texting.

The code that was invented to transform electrical impulses into words was named after Morse, though there were a variety of telegraph codes used in different eras, different countries, and by different agencies. Morse’s code was the original prototype, though, and its name has stuck to this method of communication (which is still used today).

When electrical impulses were sent via the telegraph, they were received at the other end on a machine that had a stylus on it. The stylus tapped indentations into paper that was fed through the machine. The indentations were the dashes and dots associated with Morse code. Telegraph operators at the receiving end would then translate the code into letters and numbers to form a message. All telegraph operators were trained to learn the code so they could translate it.

Morse’s original code only used numbers. It had a codebook that had words that corresponded to numbers, and the book would be used to translate messages. His telegraph co-inventor, Alfred Vail, adjusted the numerical code to include letters and special characters. This made the code more easy to send and read by all people. Basically, it was a more user-friendly form of Morse’s numerical code.

Eventually, feeding paper through the machine became unnecessary. Telegraph operators were trained to interpret the dashes and dots being tapped out by the stylus on their end and could transcribe them as the message came in. It was also discovered that people learned to interpret Morse code more easily when it was taught as a language that was heard, rather than one that was read from a page.

It seems strange that the origins of today’s mobile telecommunications were invented so long ago. Yet, the telegraph is what started it all. When it comes to modern communications, we can thank Samuel Morse, his co-inventors, the telegraph, and Morse code.

Historic first message: “What Hath God Wrought!” is from the KJV, Numbers 23:23 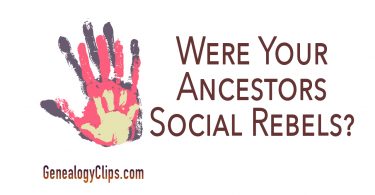