Did your ancestor homestead land a century ago? You may be able to find genealogical gold in his or her homestead record. Here’s how.

Did your ancestors homestead land in the United States? Millions of people did, so the chances of your ancestors being among them are quite high. Homesteading was the federal government’s way of encouraging people to move onto unused government land. It was mostly used for encouraging people to move west, though some land in the south was also available for homesteading.

The homesteading movement was strong from the mid-1800s through the early 1900s. You can still actually homestead land in some remote places, like Alaska, but it is a largely abandoned practice today, except for a hardy few. Still, if your ancestors were homesteaders back a few generations ago, you can potentially find out a lot about them through homestead records.

What Were the Requirements for Homesteading?

Homesteading requirements were simple but lengthy. They went like this:

Where Do You Get Homestead Records?

The United States Bureau of Land Management has a database on its website of people who have claimed homestead land since the mid-1800s. It is arranged alphabetically by the last name and cross-referenced by state. If you find your ancestor’s name in the index, you can order their homestead file from the Bureau of Land Management. If you’re very lucky, you may get a thick file with all kinds of genealogical information in it.

What Kinds of Information Might Be in Homestead Records?

It depends on the proof requirements your ancestor had to give to get ownership of the land. Sometimes, the homestead record is very thin. It may only have the person’s initial claim to the land, and the subsequent certificate of ownership. This will show you the dates they claimed and were awarded the land (though the claim dates are also on the Bureau of Land Management’s database), and possibly your ancestor’s signature. It will also give the geographic coordinates of the land, and sometimes a description of it (which is nice if you want to go find the land to see where your ancestor lived and if there are any structures left standing there that may have belonged to them). Otherwise, there is little other information in the thin files.

If you are very lucky, though, your ancestor’s homestead file might be a treasure trove of genealogical information. This is particularly true if your ancestor had to submit a lot of proof of his or her residency and use of the land in order to get the deed to ownership of it. These files are usually pretty thick, and often include a statement from your ancestor, and sometimes one or more of your ancestor’s neighbors (who may or may not have been relatives).

These affidavits will tell when your ancestor began homesteading, where they originated from before they came to the homestead land, how long they have been on the land, whether they have lived continuously on it, and what they have been doing with the land. If neighbors are interviewed, they will provide this same information, as well as telling in what way they knew your ancestor (relative or not), how well they knew each other (close, daily contact, or just in passing every now and then), and for how long. This can be invaluable genealogical information.

For example, I have homestead records that are just the basic claim and deed. However, I have another one that includes affidavits from my ancestor and two neighbors. One neighbor was related by marriage, having first married my ancestor’s step-sister, then after her death, married my ancestor’s first cousin. They had actually moved to adjoining homestead land together and had known each other for decades. The affidavits explained what crops my ancestor grew on his land and that he fed most of his crops to his hogs, as he was a hog farmer. The affidavits were all written by hand by the people who filled them out, so I have examples of my ancestor’s neighbors’ handwriting, as well as my ancestor’s handwriting. It’s a very genealogically valuable file. 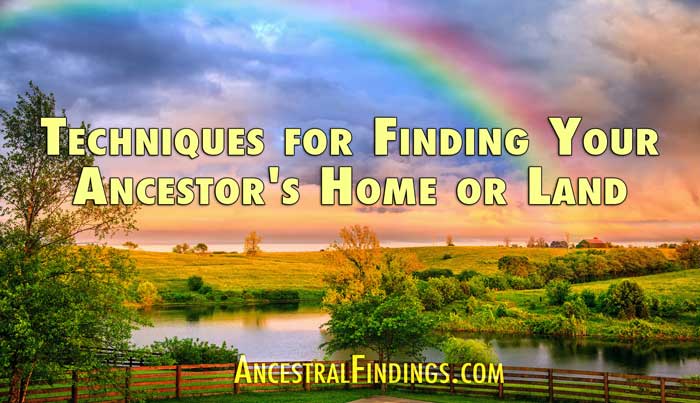 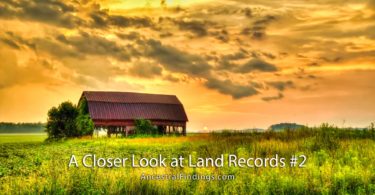