Before trains and automobiles, it was riverboats that connected America. You can learn more about the rich American tradition of steamships here.

Throughout American history, there have been many modes of transport that forever changed the face of this country. Everything from the development of automobiles to the railroad, canal boats, and even the covered wagon—they’ve all played a big role in bringing us to where we are today.

The steamboat is part of this rich history. While there are lots of different types of steamboats, some of which are ocean going, we’ll focus on the riverboat variety here. Prior to automobiles and railways, it was rivers that connected one part of the U.S. to another. Steamboats were responsible for ferrying people and goods all over the country and to the coasts where shipments could then be transported overseas. Let’s jump in and start with the earliest known steamboat history.

Though these boats were responsible for reshaping America, they were originally developed in Europe. You see, it was in the late 1600s when early experiments on the steam engine began. These were led by the French inventor Denis Papin, and Thomas Newcomen of England. It started with a device known as the steam digester, which was an early kind of pressure cooker. From there, these two men experimented with pistons, and Papin eventually suggested that this technology could be used to operate a paddlewheel boat.

Both men made designs attempting to power a boat, though neither of their designs worked that well. Still, innovation is part of the human spirit, so soon, other inventors followed suit. English scientist John Allen patented the first steamboat in 1729. Over the next thirty-some years, other inventors attempted to improve on steam engines and steamboats, one of whom was William Henry from Lancaster, Pennsylvania. He produced his own steam engine in 1763, which he put on a boat. The boat sank—but it’s thought perhaps Henry’s work inspired others to keep innovating.

The Rise of Steamboats in America

From there, it was a race to develop working steam engines—and working steamboats. Several people made working steamboats in the 1780s. In the United States, John Fitch of Philadelphia launched a steamboat in 1787, and it proved such a success that by 1788, he was operating a commercial steamboat service that followed the Delaware River between Philadelphia and Burlington, New Jersey. This was a passenger boat that could carry up to 30 people, traveling between seven and eight miles per hour.

Unfortunately for Fitch, while his boat was a success, his business was not. The route on which his boat traveled was one already well covered by roads and wagons, so there wasn’t much need for a passenger boat.

But later, Robert Fulton, an American inventor who found himself intrigued by the possibilities of steamboats, ended up creating his own vessel in 1807. This was the North River Steamboat, which later became known as the Clermont—and it could be considered the boat that started the steamship revolution in the U.S.

The Clermont was pretty incredible for the time. It traveled the Hudson River between New York City and Albany, making the 150-mile trip in as little as 32 hours. Because of its capabilities, it became the first commercially successful steamboat in the U.S.

In the wake of the Clermont’s success, steamboats began to proliferate around the United States—especially along the Ohio, Mississippi and Missouri Rivers, where they were instrumental in not only ferrying passengers up and down long stretches but also hauling grain, lumber, supplies or anything else that needed to be moved long distances. These riverboats also grew in prominence in the western United States during the California Gold Rush, usually pressed into service to carry miners and mining supplies closer to the gold fields.

Riverboats During the Civil War

When you hear about Civil War boats, the two that most people are familiar with are the Monitor and the Merrimack, which were ocean-faring steamships called “ironclads.” They receive most of the historical attention because truly, these two ships were a revolution of their times. But there’s a whole other side to Civil War naval history that you don’t often hear about—and that was the battles waged by Union and Confederate riverboats.

Away from the East Coast, the naval war was fought for control of the major rivers, most especially the Tennessee and Mississippi rivers—and this involved paddlewheel boats that had been converted into warships. These river battles were waged by monitors, which were heavily armed but lightly armored smaller rivercraft, and ironclads, which were boats that had been heavily armored with iron plates. Some of the war’s most famous battles, like the Battle of Vicksburg, involved the use of riverboats. Between the Vicksburg battle and the seizure of New Orleans, this secured the Mississippi River for the Union Army, enabling them to transport men and supplies up and down the river.

The Heyday of America’s Greatest Riverboats

To this day, the Mississippi River is still a major shipping lane within the United States, though nowadays, you’ll find a variety of craft going up and down its waters. Through the 19th century to the early parts of the 20th century, however, it was the paddlewheel steamer that dominated the Mississippi—and other major rivers, too. Some of these boats were so famous that they became state symbols, like the Iowa, which was an 1838 steamer that is part of Iowa’s state seal. The Anson Northup is another famous steamer that in 1859, became the first to cross over from the U.S. to Canada on the Red River.

During this time, steamers were a major part of what drove American expansion. Their speed and power meant that people could transport more goods and passengers than ever before, which is a big part of the reason why port towns flourished so well—because steamers were bringing in the goods from the heartlands that would be transported for trade overseas. These rivercraft became iconic, something that people all over the United States took great pride in as symbols of progress and prosperity.

Eventually, though, riverboats began to wane in popularity. There were a couple of reasons behind this. For one thing, the big steamers were incredibly dangerous. Ultimately, most of these boats would either burn down or they’d be destroyed when the powerful boilers that powered them exploded. They were wooden ships, after all, powered largely by wood fires since wood was so easy to procure along the rivers on which they ran. Accidents were quite frequent, and many who traveled on them took their lives into their own hands. In places like Alton, Illinois, homes along the river even featured platforms called “widow’s walks,” which were rooftop platforms where women would watch for their husbands to come home on the riverboats they crewed. To put into perspective how dangerous these crafts were, the Scientific American reported in December 1860 that 487 people had died that year in steamboat accidents.

Even though steamers were dangerous, the danger wasn’t the primary factor behind their decline. Actually, it was the development of the railroad. As more and more rail lines began to spread across the United States, riverboat popularity waned. Railroads had too many advantages—they were faster, capable of hauling more, they were safer, and they could reach landlocked places that didn’t have river access.

Even so, riverboats never did go out of service entirely. Today, you’ll still find them all over America’s largest rivers. Some of those old paddle steamers that were once so iconic are still around, though these days, most are replica pleasure craft designed with modern engines that are infinitely safer than the old wood-fired boilers that used to run them.

Riverboats are still a rich American tradition, and they truly were a formative part of American history. If you ever have the opportunity, schedule a cruise or even an afternoon tour on one of America’s replica paddleboats. It’s an experience that will take you back in time. 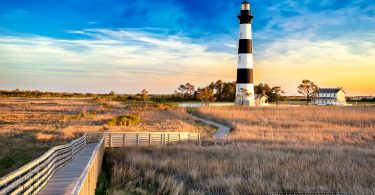 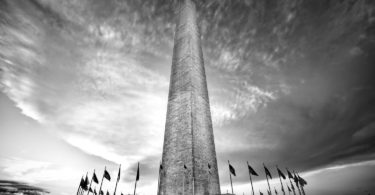