The General Society of Mayflower Descendants is open to anyone who can prove they are the direct descendant of someone who traveled to America on the Mayflower. There are lineage societies for all kinds of things, such as societies for people who are descended from Civil War soldiers, War of 1812 soldiers, colonial immigrants, people involved in the Salem witch trials, people who were among the first colonists of Jamestown, and societies for people with royal ancestry. The list of potential lineage societies you could join is very long, indeed.

Why Would You Want to Join a Lineage Society?

Most people who join lineage societies do so for the prestige of being able to prove their pedigree. A lot of research goes into lineage society applications, so you know when you are accepted into one, you really are descended from a prestigious, prominent, or famous person. It gives you bragging rights on your family tree, and that’s a very enticing thing for a lot of genealogists. Many of them even get other family members to join lineage societies based off of their own applications.

It’s not just prestige that gets people to become interested in joining lineage societies, however. Some societies have genealogical libraries that are only open to members (or only open for free to members). The opportunity to network with other people who have similar ancestry to you is also nice. There is also a very strong possibility of you meeting a genetic relative in a lineage society (someone who is descended from the same person as you), which gives you the opportunity to exchange family information, and maybe even discover new family artifacts, documents, records, and photos that you never knew still existed.

Other reasons for joining a lineage society include bringing awareness to the particular group or time in history that the society celebrates, participating in the society’s charitable endeavors (some engage in charity and public service, while some do not), getting that coveted membership certificate for your wall, being able to contribute your own genealogy research to the society, the thrill of accomplishment when you are accepted as a member, and the opportunity to get out and socialize with people of similar interests to yours at meetings.

How Do You Join a Lineage Society?

Do a Google search for “lineage societies.” You will find a long list of individual society websites, and probably a site or two that lists all of the ones that are active (which is convenient for choosing which ones you’re interested in joining and/or qualified to join.

Most lineage societies have similar requirements for joining. You must prove your descent from a person who was involved in the particular thing the society celebrates. You do the proving through careful documentation that definitively connects each generation from you back to your qualifying ancestor. Depending on how long ago the event the society celebrates took place, you could be looking at a lot of documentation, some of it harder to find than others.

While there are a few exceptions, nearly every lineage society will ask you to prove the birth date, death date, marriage date and spouse, and parents for each generation starting with you and going back to your qualifying ancestor. Most societies accept both primary and secondary sources. The difference is that with primary sources, you usually only have to provide one piece of evidence. Secondary sources typically require at least two and sometimes more pieces of evidence to prove the relationship.

Primary sources are documents or artifacts that were created at the time the event occurred.

Examples of primary sources include:

Secondary sources were created after the event in question.

The good news is that once you get back far enough with your research to join a lineage society, you will likely run into someone who has already joined the society using your ancestor. Most lineage societies maintain records of applications that new applicants can use. If you find an old application that was approved decades ago from someone who joined using your ancestor, you can use their research to complete your application. All you have to do is connect your family line through appropriate documentation to the generation on their application where you both begin to share ancestors. After that, you just submit the previously done research of the accepted applicant to complete your own application.

It is very rewarding to join a lineage society. Your relatives will be impressed that you did it, and even more impressed with knowledge of their own ancestry, even if they are not normally into genealogy. The pride of accomplishment when you’ve proven your ancestry and the certainty of your line are also terrific reasons for joining as many lineage societies as you can. It took me nearly a year to complete the application for my first lineage society, but it was definitely worth it when I got that membership certificate. Now, I’m a member of two lineage societies, and will probably join more. You should, too. You’ll be really glad that you did. It’s an amazing genealogical journey to take, with many definite rewards at the end of it. Try it and see! 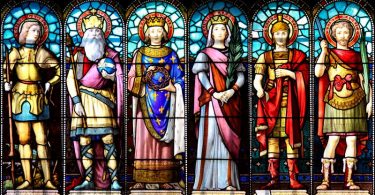