In instances where you can’t find a death certificate for a particular ancestor, there are other options to get the information you need. One of these options, that is a truly excellent one, is in obituaries in old newspapers. These can sometimes give you just as much, if not more, information than a death certificate. While each obituary is different, this article lets you know some of the most common information you may find in them.

If a death certificate is not available to you, either because you don’t know what state in which to look for one, or because the ancestor crossed to the other side before death certificates were required to be filed with the county or state, then one usually reliable place you can look for a record of someone’s crossing over is in the obituaries in old newspapers. There were obituaries recorded in old newspapers going back centuries, long before official certificates were required to be filed with the state or local government.

People have always wanted to pay tribute to the ones they love who have crossed to the other side, and obituaries have long been a way to do this in a public way. They are a way of letting the community know a person has crossed over, as well as a little bit (or sometimes a lot) about who they were as a person and who and what was important to them. Obituaries were also a way for newspapers to let people know what was going on in their community, and it gave people who knew the person who crossed over a chance to pay their respects to them if they hadn’t previously heard about the crossing, or when or where a memorial to them might be taking place.

While most old newspapers did not include a photo of the person who crossed over, either because photos had not been invented yet or because they were too expensive to print (or maybe the family was not able to afford to have a photo taken when the person was alive on this plane of existence), you will occasionally find one that does. This can be a genealogical treasure if you have no other photos of this particular ancestor. Be on the lookout for those old photos in obituaries. They are wonderful additions to your family tree.

The amount of information available in old obituaries varies. Sometimes, they are very simple, with just a mention of the person’s name and date of crossing. Usually, the immediate survivors are mentioned, but not always. Typically, the names of the spouse, children, and siblings are mentioned (parents and grandparents may be mentioned if the person was young, even if they were already married). If you are quite fortunate, the names of grandchildren and great-grandchildren will be mentioned. More often than not, though, these subsequent generations are either not mentioned or are only mentioned in terms of the number of them the subject of the obituary had.

Other information that you may discover in an obituary can be things like the name of the minister conducting the service (which can tell you what church your ancestor attended), who served as pallbearers (which can tell you who their family and close friends were), and, most importantly, where the person was buried. This will let you know where to look for a headstone, or at least allow you to know where your ancestor is buried if there is no headstone. Knowing the location can also help you locate other ancestors who may have been placed in the same cemetery as that person, such as a family one. 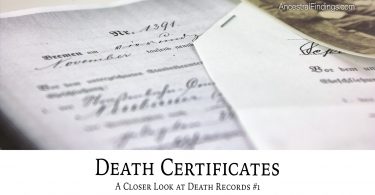 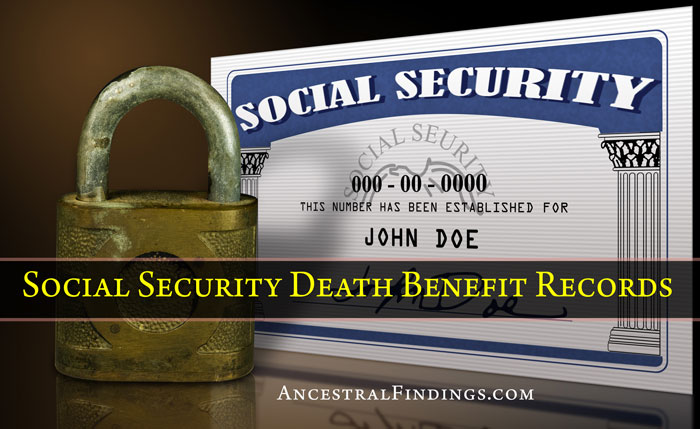