Passenger and immigration records contain a wealth of information on your immigrant ancestors. Here’s how to find those records and what you might discover in them.

Most Americans have immigrant ancestors at some point in their family history. The only exceptions are Native American families who never married or had children with people from other societies. This means that you more than likely have numerous immigrant ancestors. Trace almost any branch of your family, and you will eventually find one.

Researching passenger and immigration records can tell you a lot about your immigrant ancestor, and give you information to use to study the family further back in that ancestor’s country of origin. Ship’s passenger records were kept for ships going to America all the way back to the earliest days of colonization. More recently, immigration records of people entering the United States from other countries have been kept in America. Depending on which record source you use, you may discover a variety of things, such as:

Passenger records are the oldest type of record and are usually kept in the country where your ancestor departed for America. Ship manifests that record the names of everyone traveling on a ship were required even in colonial days. While a good number of ship manifests have disappeared or been destroyed over the centuries, there are still lots of them left to research. You don’t always have to go overseas to get access to them, either (though in rare cases, this will be necessary).

The Church of Latter-Day Saints has put a huge number of passenger records on microfilm. You can get access to these records at local Latter-Day Saints family history centers, as well as on the church’s website (FamilySearch.org). You can also find ship manifests on other genealogy-based websites, such as Ancestry.com and the various websites of the US GenWeb project.

If you’re not sure what ship your ancestor came on, but you have a general idea of when your ancestor came, you can go through the ship manifests within a certain time period, looking for your ancestor’s name. If you find it, you may find lots of other interesting information about your ancestor, and you will be able to enter the name of the ship they came on into your family history.

These are the records kept in the United States of people who entered the country as immigrants. Most people automatically think of Ellis Island as the repository for immigration records, and there are a lot of records there. Yet, the time period of immigration records at Ellis Island is relatively short. You can find records there from 1892 to 1924. The Ellis Island website has an excellent record search feature that you can use to search for your more recent immigrant ancestors. The records here are far more detailed than those on most ancient ship manifests, as well.

In addition, any state that has a coastline or a border with Canada or Mexico also has immigration or border crossing records that may lead you to your ancestor. Not everyone came to the United States through New York, after all. To discover these records, a Google search of your ancestor’s state (or suspected state) of entry will reveal what immigration records are available for that state and where you can access them. If you’re not sure which state your ancestor used to come into the United States, you can search the most likely states based on your ancestor’s country of origin (or just search all potential states if you don’t know the country of origin).

Searching for your immigrant ancestors through passenger and immigration records can be very rewarding. Learning where your ancestors came from, discovering something of their ship’s history (such as if any dramatic things happened on the journey), and learning where they entered the United States and where they planned to go when they got here all help paint a complete picture of your ancestor’s life for your family history. The information can also lead you to a whole new chapter of your family history overseas, and help you uncover your cultural and ethnic roots. It’s an exciting journey, and one you should definitely take with your genealogy research. 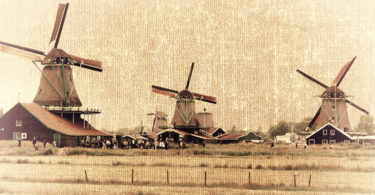 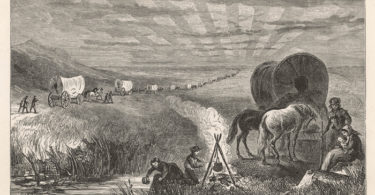