Do you want to know if you have a Revolutionary War ancestor, or discover more about one you already know is part of your family tree? This is how you do it.

Discovering Whether You Have a Revolutionary War Ancestor

This is the easiest part. Discovering whether or not you have a Revolutionary War ancestor involves basic genealogy work. You start with yourself, then gradually move down whatever family line you are researching until you get to the Revolutionary War period and find ancestors who would have been old enough to serve at the time. You may have to go down more than one family line in this quest. If you know some of your family lines have recent immigrant ancestors and don’t go back as far as the Revolution in this country, you can leave those lines out of your Revolutionary research.

Once you find one or more likely candidates for a Revolutionary War ancestor, start looking at muster rolls for the Revolution for that ancestor’s state. If you find their name, you may have discovered a Revolutionary ancestor, provided they don’t share a name with another soldier from the same area.

If the name is very unusual, and no one else on the muster rolls in the area has that name, you can be reasonably sure you’ve found a Revolutionary War ancestor. If the name is common, you will need to do a little more work to confirm that this soldier is related to you. This is where your Revolutionary research ties in to finding out more about your ancestor’s life in general.

Learning About Your Revolutionary War Ancestor’s Life and War Service

Once you have a name for a likely Revolutionary War ancestor, confirm that this person is actually a part of your family by going into the Revolutionary War pension and widow’s pension applications. These applications were often quite extensive, as a soldier or his widow had to provide proof of their marriage as well as the soldier’s service. This often involved them answering detailed questionnaires about themselves and getting people who knew them to vouch for the accuracy of their statements. You can find genealogical gold in these pension applications.

If there is more than one Revolutionary War soldier with the same name in the area in which you are looking, the pension and widow’s pension records will help you determine which person was your ancestor. Look through all of the applications for people with that name. As you read through them, you will likely come across family information that you previously discovered in your search to this person, such as the names, ages and/or birth dates of spouses, children, and parents, and the marriage dates of spouses. Once you’ve found the pension application with the information that corresponds to your family, you will have found your Revolutionary War ancestor.

The soldier or his widow will explain not only the details of the soldier’s service and the marriage to his spouse, they will explain why they need a pension. Pensions were awarded on a need basis (and ancestors who deserted the service were not eligible to receive pensions, regardless of need… these denied applications can be very interesting and full of good genealogical information, too). The explanation for why the pension is needed can be lengthy.

The soldier or his widow may explain their current state of health, any disability keeping them from their regular work, their family circumstances (including anyone living with them who they have to support and how those people are related to them), and other important details of their lives before, during, and after the war. This is genealogical gold as far as finding out how your Revolutionary ancestor and his family lived and what kind of people they were.

Once you find your Revolutionary War ancestor, you can use him as a source of patriotic pride in your family history, or you can join a lineage society (or both). Discovering and adding the details of your ancestor’s life is the genealogical icing on the cake. You can get Revolutionary War muster rolls and pension records from the National Archives. However, a much easier way to get them is to get a membership to Fold3.com, which works with the National Archives to put military records from all U.S. wars from the Revolution onward online, to make them more accessible to people.

They have an extensive collection of muster rolls and pension applications from the Revolutionary War that are digitized and searchable by name and state. It’s the best way to research your Revolutionary War ancestor without waiting weeks or months to get information in the mail from the National Archives, or making an in-person trip to Washington, D.C. to browse the stacks there. 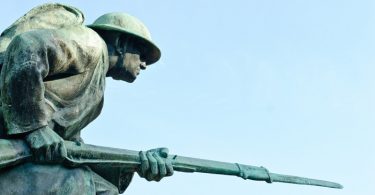