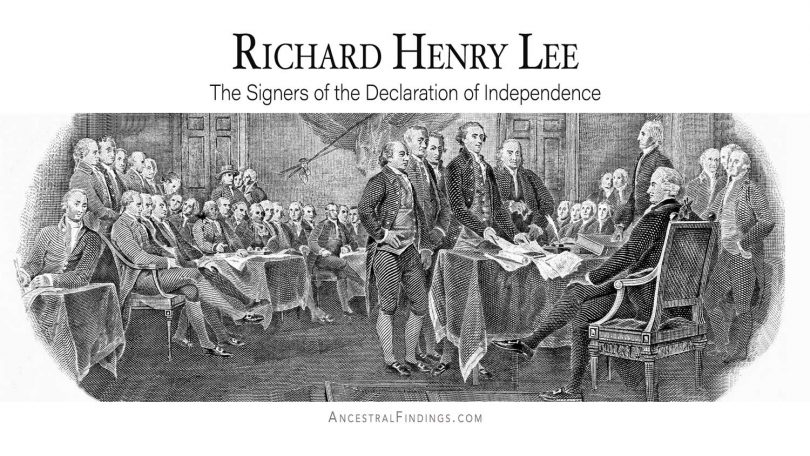 Richard Henry Lee is one of the better known Founding Fathers of the United States. He is the one who first put forth the motion to official declare independence from Great Britain at the Second Continental Congress. He also played important political roles before and after the American Revolution. This is what you need to know about this quite interesting American patriot and politician.

Richard Henry Lee is a well-known signer of the Declaration of Independence. This is partly thanks to his family being a famous one in Virginia even at the time of the signing. It is also partly because he is portrayed as a comedic character in the musical 1776 (despite him not being comedic in real life), and given a solo song called “The Lees of Old Virginia.”

Richard was born in January of 1732 in Westmoreland County, Virginia. His parents were Colonel Thomas Lee and Hannah Harrison Ludwell. His family was one of the First Families of Virginia, which included a long line of military leaders and public servants. His father served as a colonial governor of Virginia, before the Revolution.

Richard was raised at the family home of Stratford Hall in Stratford, Virginia, and was tutored there. His tutoring included a variety of topics to make him a well-rounded man, and he even had the beginning of his political career as a young man when his father sent him to visit all of the neighboring planters of influence. The idea behind these visits was for the influential planters to become acquainted with Richard, so they would be more inclined to help him in a future political career.

Richard went to England in 1748 when he was sixteen years old. He went there to complete his formal education at Queen Elizabeth Grammar School, Wakefield, in Yorkshire, England. While in England, his parents died in 1750 and 1753. Richard finished his tour of Europe, and came home to Virginia to help his brothers settle their parents’ estate.

Richard began his political career in the colonies in earnest in 1757, when he was appointed as a Justice of the Peace in Westmoreland County. He was elected to the Virginia House of Burgesses the next year and met a future fellow patriot there named Patrick Henry. Richard was an early proponent of liberty and was one of the first people to form Committees of Correspondence among like-minded colonists.

He continued to serve on the House of Burgesses and was selected as a delegate from Virginia to the First Continental Congress in Philadelphia in August of 1774. He stayed on into the Second Continental Congress. On June 7, 1776, Richard introduced the motion to the Congress that the colonies should declare independence from Great Britain. He is historically famous for this act.

“Resolved: That these united colonies are, and of right ought to be, free and independent States, that they are absolved from all allegiance to the British crown, and that all political connection between them and the state of great Britain is, and ought to be, totally dissolved.”

Richard left the Congress and returned to Virginia while the Continental Congress was voting on whether to adopt the Declaration of Independence. He came back in time to sign the document after the Congress adopted it.

Richard was elected the sixth president of the US Congress under the Articles of Confederation in 1784. Congress met at the old New York City Hall at that time, and Richard was sworn into the presidential role at the French Arms Tavern in Trenton, New Jersey. He served as Congress’s president until November of 1785. He wasn’t paid a salary for this position, but Congress did pay his household expenses while he was president, which amounted to $12,203.13, which was a lot of money for the time.

Yet, putting the Ordinance into practice was not as easy as adopting it by Congress. The federal government did not have the resources to manage newly surveyed federal lands. The Native Americans also refused to give up their claims to platted territories, and the remaining land that was not platted was occupied by American and European squatters, who also refused to give up their occupation of it. Congress was not equipped to muster enough government officials or military troops to deal with it, and the centerpiece of the plan, to charge a dollar per acre for a title fee to raise money for the federal government, simply did not work. Still, the adjustments to Thomas Jefferson’s surveying technique that the Ordinance put into practice under Richard’s leadership are still used today.

Richard married twice. His first marriage was in 1757 to Anne Aylett. She died in December of 1768 in Chantille, Westmoreland County, Virginia. She and Richard had six children together, four of whom survived childhood. Richard’s second marriage was in 1769 to Anne Gaskins Pinckard, a widow. They had seven children together, five of whom survived childhood. One of Richard’s sons (his fourth one) was named after his brother and fellow Declaration of Independence signer, Francis Lightfoot Lee, as Francis did not have any children of his own.

Richard’s home, the Chantilly Archaeological Site, was placed on the National Register of Historic Places in 1971. 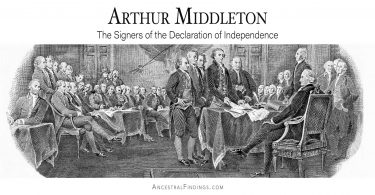 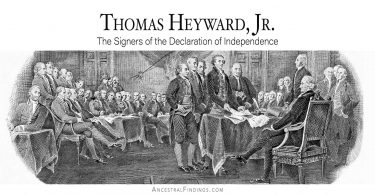