Do you know much about Patrick Henry beyond his name? Who was he, and what was his role in the American Revolution? Here is his fascinating story.

Patrick Henry is a name you often hear associated with the American Revolution, but how much do you really know about who he was and what role he played in the conflict? You may know he is the one associated with the famous quote, “Give me liberty or give me death.” However, he surely must have contributed more to the Revolutionary cause than just a quote we can put on calendars, mugs, and t-shirts today. In fact, Henry was a big player in the American Revolution, and in the forming of the new government of the United States after it. Here’s what you need to know about this interesting historical man.

Born May 29, 1736, in Hanover County, Virginia, Henry was the son of John Henry and Sarah Winston. John was an immigrant from Aberdeenshire, Scotland, who came to the colonies in the 1720s. Upon his arrival in Virginia, John married Sarah Winston, a wealthy widow whose first husband had been a Syme. Sarah’s family descended from a prominent line of English ancestors. With Sarah’s wealth from her family and her first marriage, she and John were able to provide a solidly middle-class upbringing for Patrick among the Virginia land gentry.

Patrick Henry was not as well educated as some of his revolutionary peers, but only because he does not seem to have had a proclivity for academics as many of them did. He went to local schools until he grew bored with them, then was tutored by his university-educated father. Once his schooling was done, he tried to start a business, but it was not successful.

With nothing more to recommend him than a moderate amount of wealth and prominent family connections, Patrick Henry married Sarah Shelton in 1754 in the parlor of her family’s house. Sarah’s father gave her and Patrick six slaves as a wedding gift, along with one of his properties, the 300 acre Pine Slash Farm just outside Mechanicsville. By virtue of his marriage, Patrick Henry moved up the ranks of Virginia society by becoming a slave owner and a landowner, thanks to his father-in-law. However, even given this substantial boost in starting their married life together, things did not go smoothly for Patrick and Sarah Henry.

The farm was small, and so Patrick worked in the fields alongside the slaves. The land had already been ruined for tobacco planting by over-planting it there when Patrick was given it, so he could never get the land to yield profitable crops. Then, their main house burned, forcing them to move into a 20×60 foot cabin with an attic on the property. When that proved to be too small for their growing family, Patrick and Sarah moved into a tavern owned by Sarah’s father, and eventually sold the land he gave them in 1764. After this, Patrick Henry began practicing as a lawyer.

He and Sarah had six children together and were able to buy another plantation in 1771. However, Sarah became insane and died in 1775. Patrick remarried in 1777 to 22-year-old Dorothea Dandridge (Patrick was 41 at the time of their marriage). They had eleven children together, and he was elected as governor of Virginia for two terms during their marriage.

It was during his tenure as governor that he began his political and revolutionary career, though he first made a revolutionary statement more than a decade prior. Just after becoming a lawyer, he argued a case for the state of Virginia, debating the merits of a colony law the Crown had overturned. In his speech, he declared the king a tyrant who did not deserve the obedience of the people of the colonies.

In 1773, Massachusetts asked the other colonies to set up committees of correspondence, so all of the colonies could easily inform each other of actions the Crown took that were detrimental to the colonies, and what those colonies were doing about it. Henry teamed up with other prominent Virginians, Thomas Jefferson, and Richard Henry Lee, to form the committee for Virginia.

Because of his involvement in this project, Henry was elected from Virginia to the first Continental Congress in 1774. It was during a speech to the Virginia House of Burgesses in 1775, while serving as a representative to the Congress, that he gave his most famous speech, where he said, “Give me liberty or give me death.” However, his involvement in the Revolution wasn’t limited to mere Congressional voting and oratory. He also served in the military during the war.

Patrick Henry was appointed as Colonel of the 1st Virginia Regiment in August of 1775. He led this militia against the Royal Governor Lord Dunmore to defend a store of gunpowder whose ownership between the colonials and the British was disputed. This campaign became known as the Gunpowder Incident.

After the war, Henry served in the new state legislature of Virginia, in its new status as a state and not a colony. He was also elected as governor of Virginia again, only this time as a state governor instead of a colonial one. He was also a vocal opponent of the newly written and proposed (but not yet ratified) U.S. Constitution, arguing that it gave too much power to the federal government. When the Constitution came to Virginia’s state legislature for approval, Patrick Henry argued passionately against it.

His main reason for opposing the Constitution, other than the power it gave to the federal government, was the fact that it did not include a Bill of Rights for citizens. As he was a passionate supporter of the right to a trial by a jury of one’s peers, he argued the Constitution must not be ratified until such protection was included in it. As a result of Patrick Henry’s arguments, James Madison wrote the first ten amendments to the Constitution, which became known as the Bill of Rights, and included a right to a trial by jury. Therefore, not only was Patrick Henry a passionate and effective revolutionary, he is the reason our Constitution has the Bill of Rights we all enjoy to this day. 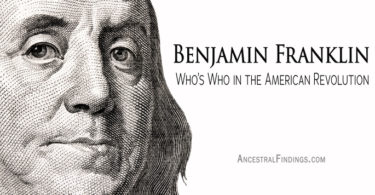