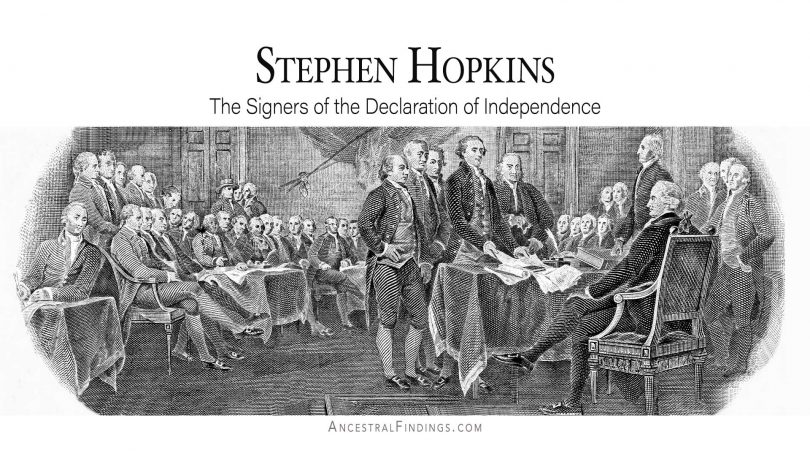 Stephen Hopkins is considered the greatest statesman in the history of Rhode Island. By the time he went to the Second Continental Congress and signed the Declaration of Independence, he was already becoming elderly, and had a long and impressive career in both business and politics behind him. This is his story.

Stephen Hopkins was born in March of 1707 in Providence, Rhode Island. He was the second of nine children who were born to William Hopkins and Ruth Wilkinson. His paternal grandfather, William Hopkins, was prominent in the colonial affairs of Rhode Island, and served for more than four decades in a variety of top political positions in the colony. His paternal grandmother, Abigail Whipple, was the daughter of a prominent Providence settler, a sister to a wealthy Providence merchant, and the aunt to a Deputy Colonial Governor of Rhode Island. His paternal great-grandfather, Thomas Hopkins, was a first-generation immigrant from England, having come over in 1635 as an orphaned child with his uncle, William Arnold (of the Arnold family that the Benedict Arnold of Revolutionary War fame eventually came).

As a child, Stephen lived in a wooded area of Providence that was called Chopmist Hill. This area later became Scituate, Rhode Island. This place had no schools, but education was important to Stephen’s family. They owned a large collection of books, which was a luxury and a sign of wealth at the time, and Stephen became an accomplished self-taught scholar by reading those. There was also a small circulating local collection of books that Stephen made use of in his self-education. In fact, he was so conscientious at studying, that even at a young age, people remarked on his dedication to filling up his spare time with reading and studying the ways of the grown men around him.

In addition to his self-taught scholarly education, Stephen learned how to survey land from his maternal grandfather, Samuel Wilkinson. Stephen used this skill to create a map of Scituate, and later for Providence. Also, because of his responsibility and reliability from childhood, his father gifted him with seventy acres of land when he was only nineteen years old, and his paternal grandfather gave him an additional ninety acres to start him out in life.

Stephen was interested in science, particularly astronomy. When the planet Venus crossed the face of the sun on June 3, 1769, Stephen was involved in tracking it. A local man named Joseph Brown had a complete set of instruments for observing the transit of the planet, and an observatory was built on a local hill (that was later named Transit Street). Brown was assisted in tracking the transit of Venus by a small group of men and boys in the area who were interested in science, and that group included Stephen.

After a robust self-education, Stephen began a life of public service at twenty-three years old. His first position of public service was as a justice of the peace in the new town of Scituate, Rhode Island. He later became a justice of the Inferior Court of Common Pleas. Other positions he held early on include Speaker of the House of Deputies, and President of the Scituate Town Council. In addition to these public responsibilities he took on, Stephen also owned part of an iron foundry and was a successful merchant. In fact, Stephen’s professional activities inspired a painter named John Greenwood to feature Stephen in his satirical painting, Sea Captains Carousing in Surinam.

Stephen was appointed as the justice of the Rhode Island Supreme Court in May of 1747, and served there until May of 1749. He served as chief justice again from May of 1751 to May of 1755. After this, he was elected as governor of the colony of Rhode Island. This was his first election to that role, and he continued to serve as the colonial governor on and off for nine of the next fifteen years.

Stephen, like most politicians, had a political rival. His rival was named Samuel Ward. The rivalry between the two was to do with currency. There were two camps in those days—those who believed gold and silver coins (hard currency) should be the only type used, and those who believed paper currency was a good alternative option. Stephen was on the side of paper currency, and Samuel supported hard currency. The rivalry between them got so contentious that it distracted from the work of the colonial government. As a compromise, realizing the distraction, both men agreed to not run for governor in 1768, and Josiah Lyndon was elected to that office.

Stephen was chief justice of the Rhode Island Supreme Court again in 1770, during which time he became involved in the Gaspee Affair of 1772. This was when a group of angry citizens from Rhode Island boarded a British revenue ship and burned it down while it was in the water. By this time, Stephen was so well-known and well-respected by the citizens of Rhode Island that he was elected to the First Continental Congress in 1774. Rhode Island was allotted two delegates to the Congress and Stephen’s rival, Samuel Ward, was the other one.

Interestingly, Stephen was one of the older delegates to the Congress by this time, and his hands shook with palsy when it was his turn to sign the Declaration. The historical record states that when he went to sign the document, he said, “My hand trembles, but my heart does not.”

Stephen resigned from the Continental Congress in September of 1776, because of his tenuous health at the time. After leaving the Congress, he became a backer, and later the first chancellor, of the College of the English Colony of Rhode Island and Providence Plantations—which was later renamed Brown University.

Stephen died in 1785 in Providence, Rhode Island at seventy-eight years old, and was buried in the North Burial Ground there. Many have called him—and still call him—the greatest statesman in the history of Rhode Island.

As for his personal life, Stephen married a woman named Sarah Scott in 1726. Sarah was from a Quaker family, and Stephen converted to that faith because of his marriage to her. Together, they had seven children, five of whom survived childhood. Sarah died in September of 1753 at forty-six years old. Stephen remarried to Anne Smith, with whom he had no children. 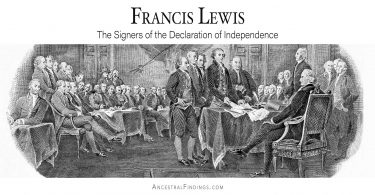 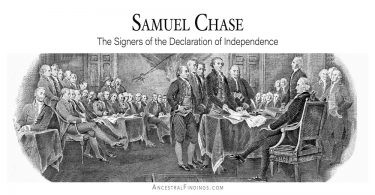