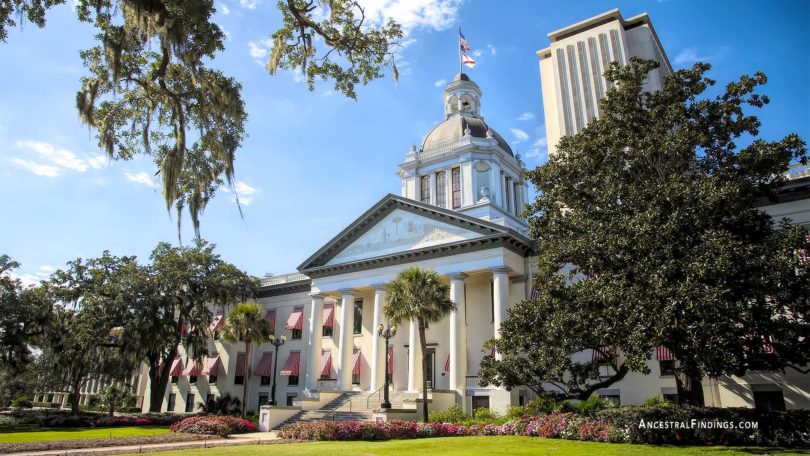 Tallahassee is the state capital of Florida, and it has a rich and interesting history. As a Native American settlement for thousands of years, it eventually became part of a Spanish colony, and then a United States territory, before becoming a state, a Confederate state, and then a state once more. Here is what you need to know about Tallahassee.

The state capital of Florida is the city of Tallahassee. It is also the county seat of Leon County and the only incorporated city or town in that county. It has a population of a little over one hundred ninety-three thousand five hundred, which makes it the seventh-largest city in Florida, and the one hundred twenty-sixth largest in the United States. It is also the largest city in the Panhandle area of Florida, and the primary city for trade in the Panhandle and the southwest area of Georgia.

Tallahassee is also known for being the home of Florida State University and Florida A&M University. Tallahassee Community College also calls the area home, with many of its students going on to attend the city’s two universities. The population of students in Tallahassee is approximately seventy thousand, making it an important and rather large college town.

The state capitol building of Florida is located in Tallahassee, as is the Florida Supreme Court building and the Florida Governor’s Mansion. Approximately thirty state agencies are headquartered in Tallahassee, as are a number of important law firms, lobbying firms, and trade and professional associations. The city won the All-American City Award from the National Civic League in 2015 for the second time.

Before Europeans first arrived in the area that is now Tallahassee, it was occupied by Native American groups for thousands of years. While archaeological evidence is there for habitation going back millennia, the first known and named culture to live there was present around 1200 A.D and was known as the Mississippian Culture. This Native American culture was present in almost all of the area that is now the United States at one point or another. They are known for building large earthwork mounds, and some of them that these people built around Lake Jackson are still there and visible, being preserved by the Lake Jackson Archaeological State Park.

The Spanish were the first known Europeans to come to Tallahassee, shortly after establishing their colony at St. Augustine in the 1500 A.D.s. During the winter of 1538-1539, the expedition lead by Hernando de Soto camped at the Apalachee village of Anhaica, which is now the site of Tallahassee. In fact, the archaeological evidence suggests that de Soto’s camp was located only about half a mile from where the Florida state capitol building now stands. The first Christmas celebration held in what is now the United States is believed to have taken place in de Soto’s camp at Tallahassee.

The word Tallahassee is from the language of the Muskogean Native American people, and means “old fields” or “old town.” It is believed that the word first started being used for this area by Creek Native Americans in the 18th and early 19th centuries, as they were forced from their territories in Georgia and Alabama into Tallahassee. When they arrived, they found the vast swaths of cleared land once occupied by the Apalachee Native Americans.

The First Seminole War included two skirmishes in the Tallahassee area in which Andrew Jackson participated, while the territory was still owned by the Spanish. During the first skirmish, which took place in November of 1817, Jackson burned the Native village of Fowltown to the ground after its chief, Neamathla, refused Jackson’s order for the tribe to relocate. In retaliation, the Native Americans killed fifty of Jackson’s soldiers and civilians who lived nearby. Jackson came back to Tallahassee in March of 1818, and entered the city itself, taking two Native Americans prisoner there.

The Spanish ceded Florida to the United States in September of 1821 with the Adams-Onis Treaty, which had been negotiated two years previously. Tallahassee came with it. Florida was not a state yet, but a territorial government was set up, and the first session of it was held in Pensacola the year after it became a United States territory. Pensacola had been the capital of West Florida, during a time when the Spanish Florida colony was actually two separate colonies. St. Augustine had been the capital of East Florida, and the second session of the territorial legislature was held there.

Because Pensacola and St. Augustine were far apart by the travel standards of the day, the legislative delegates decided to have their next meeting at a place halfway between the two cities. Tallahassee was chosen as the new location of territorial legislative meetings. At the time Tallahassee was selected as the new territorial capital, it was still technically an Apalachee village, but it was almost completely abandoned since Andrew Jackson burned it during the First Seminole War. The third territorial legislature met there in a crude log cabin set up for the purpose.

Florida was a United States territory from 1821 to 1845, and during this time, the rough Tallahassee frontier became a town. The Marquis de Lafayette, a French Revolutionary War hero, was given United States citizenship during his 1824 tour of the new country, and that citizenship included $200,000 (the same amount he donated to the colonies during the war), and a 36 square mile grant of land in Tallahassee. The Lafayette Land Grant includes large parts of the modern city.

When Florida was being prepped for statehood, a large Greek revival building made of masonry was constructed as the new Capitol building and was ready in time for Florida to receive its statehood. It is now known as the “old Capitol,” as a new Capitol building was built in the 1970s. The Old Capitol still stands in front of the new one.

After statehood, Tallahassee was the center of cotton production for the whole state, as well as the center of Florida’s slave trade. It was the only Confederate state capital east of the Mississippi River to not be captured by the Union army, and the only one to not be burned by Union soldiers. Only one Civil War battle was fought there, the Battle of Natural Bridge, in March of 1865, only a month before the end of the war. Today, Tallahassee is a modern city of commerce, politics, education, and tourism, with a rich history. 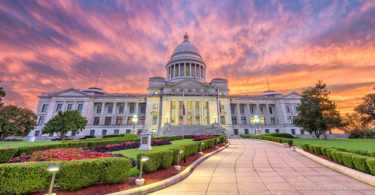 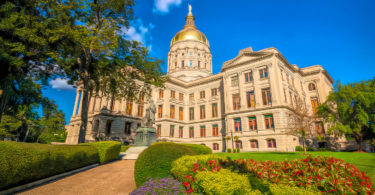