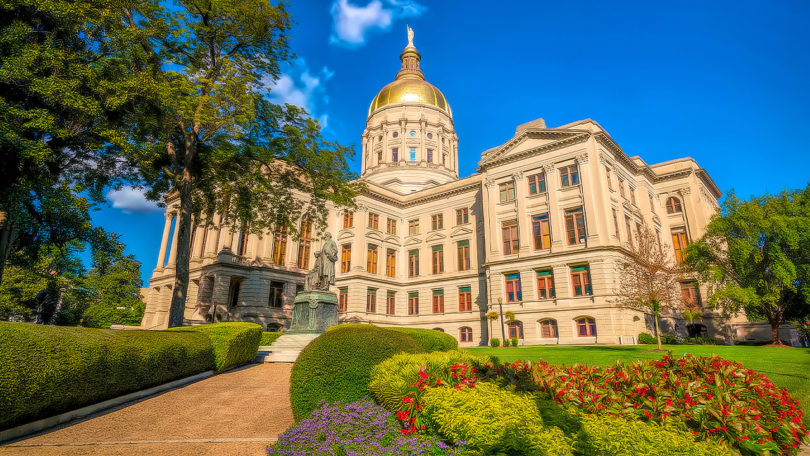 Atlanta is a large, metropolitan state capital with a long history of human habitation. It was just a small settlement on the American frontier until the railroad came. After that, it was just a short jump to major city. It is still a large and important city today. Here is what you need to know about Atlanta, Georgia.

The capital of the state of Georgia is Atlanta. It is a large city today, with a current population of almost half a million. This makes it the thirty-seventh most populous state in the nation, and the ninth-largest metropolitan area in the country (the greater Atlanta metro area is home to nearly six million people). It is also the county seat of Fulton County, with parts of the city extending into neighboring DeKalb County. It’s not too shabby for a town that started out as a railroad hub.

The city of Atlanta was founded as the last stop on a large, state-sponsored railroad. With the railroad came people, as they always did back in those days, and Atlanta soon grew to become a major city. The name of the city comes from the Western and Atlantic Railroad’s local depot there and shows how great the city’s reputation was as a hub for transportation.

Native Americans lived in the area for thousands of years before the coming of Europeans. The most recent were the Creek, who lived in a village where Peachtree Creek flows into the Chattahoochee River. The village was called Standing Peachtree and was the closest Native American settlement to modern-day Atlanta.

The U.S. government undertook a program of removal of Native Americans from areas Europeans wanted to settle, and this program went on between 1802 and 1825. During this time, the Creek were forced from their village, and European settlers moved in soon after. However, the area that would become Atlanta did not become anything more than a small pioneer settlement until several years later, when the railroad was built there.

The General Assembly of Georgia voted in 1836 to build the Western and Atlantic Railroad in Georgia to establish a transportation link between Savannah and the American Midwest. The original planned route did not go to Atlanta, but to Chattanooga, Tennessee. When the engineers surveyed the area for the railroad, they put a “zero milepost” marker in the ground at a place that is now called Five Points. People began flocking to the marker, thinking a town was going to be set up there. The next year, there was a working settlement there called Terminus, which later changed its name to Thrasherville (the Thrasherville name was after a local merchant who built houses and a general store in the settlement). By the time 1842 rolled around, Thrasherville had six buildings and thirty full-time residents and had been re-named Marthasville after the then-governor’s daughter, Martha Lumpkin. In 1847, the Chief Engineer of the Georgia Railroad, J. Edgar Thomson, suggested Marthasville be re-named Atlanta, after the railroad. The residents of the town approved of the name change, and the town was incorporated that year as Atlanta.

Atlanta had nearly ten thousand residents by 1860. It entered the Civil War soon after, and its position as the nexus of several different railroad hubs made it a perfect location for distributing military supplies to the Confederate army. During the war, in 1864, the Union army captured nearby Chattanooga and marched toward Atlanta after that victory. Atlanta was big enough to put up significant resistance to the Union army, and several major Civil War battles were fought on the outskirts of town. These culminated with the Battle of Atlanta, which was followed by a four-month-long siege of the city by the Union; the siege was commanded by General William T. Sherman.

On September 1, 1864, Confederate General John B. Hood ordered Confederate soldiers to retreat from Atlanta. Before the Confederate army left town, however, Hood ordered his men to burn or otherwise destroy all of the city’s public buildings and any other assets that might be of use to the Union. The mayor of Atlanta surrendered the city to the Union the next day, and General Sherman ordered the civilians of the city to leave. Sherman then destroyed the rest of the city’s military assets and used Atlanta as his hub for the march of the Union army to the Atlantic Ocean.

After the Civil War ended, the citizens of Atlanta came home and gradually re-built the city. It already had a superior railway network in place, which made it a great location for a state capital. So, the state capital was moved from Milledgeville in 1868. By the time of the 1880 census, Atlanta had surpassed Savannah as the largest city in Georgia. Around the same time as that census, the Atlanta Constitution newspaper advertised Atlanta to potential investors as the premier city of the “new south.” This city would be based primarily on commerce rather than agriculture, as it was in the past.

Investors came, and in 1885, the Georgia School of Technology (which is now known as Georgia Tech) opened, as well as the Atlanta University Center. These schools established Atlanta as a center for higher education as well as for superior transportation and commerce. When Atlanta hosted the Cotton States and International Exposition in 1895, which had about eight hundred thousand attendees, Atlanta’s reputation as the center of the new south was solidified to the rest of the country.

In the 1950s and 1960s, Atlanta was one of the major organizing cities for the new Civil Rights movement, attracting such movement leaders as Dr. Martin Luther King, Jr. and Ralph David Abernathy. As a modern city in the twenty-first century, Atlanta still retains its reputation as a superior city in nearly every way, including transportation, with the Hartsfield-Jackson Atlanta International Airport being located there; it is the busiest airport in the world by passenger traffic and has been since 1998.

Atlanta has been many things to many people over the centuries. From Native American village to tiny American frontier settlement, and from small town to large city, Atlanta has changed and thrived with the times. It is still a major influence on both southern and American culture today. Atlanta can safely be said to be one of the most famous of the state capitals in the United States. 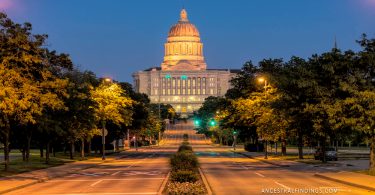 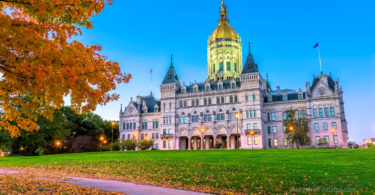