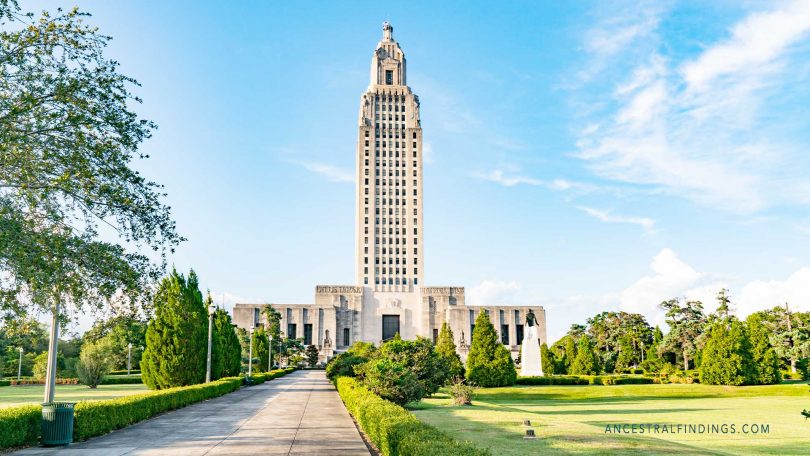 Baton Rouge is the capital of Louisiana. It has a long history of human habitation, as well as a rich and multi-layered history of European and African settlement. This makes it unique among the American state capitals. Here is what you need to know about the intriguing Baton Rouge.

Baton Rouge has a population of about 221,000 people and is part of the Greater Baton Rouge area, which is the second-largest metro area in the state. It is a major hub of industry, with some primary ones being petrochemicals, motion pictures, technology, and medical research. It is, in fact, considered the technology capital of the American South. Louisiana State University is located there, which is the largest university in the state. The port of the city is the 10th largest in the country, handling a huge quantity of shipped tonnage. The Baton Rouge port is also the farthest port upstream on the Mississippi River that is able to handle Panamax ships.

Baton Rouge became a historically important site thanks to its good location on the Istrouma Bluff. This is the first natural bluff that is located upriver from the Mississippi River Delta, which opens into the Gulf of Mexico. These important geographical features allowed Baton Rouge to become a business quarter in an otherwise swampy region that was protected from seasonal flooding. The city further protected itself by building a set of levees that go from the bluff southward to protect the riverfront and agricultural areas that are below sea level.

As far as culture, Baton Rouge is a center for it in Louisiana. It was settled by a multicultural, diverse population of people, from various nations in Europe, as well as from Africa. Most of the early African residents were either slaves or indentured servants, but soon became a free and unique culture of their own in Louisiana. At one time, Baton Rouge has actually been ruled by groups from seven different places across its history since colonial times—Great Britain, France, Spain, the Republic of West Florida, a US territory, a US state, a Confederate state, and a United States state again after the end of the Civil War.

The first known Europeans to encounter the Mississippian culture that had replaced the Muskogean one in Baton Rouge were the Spanish. According to their accounts, many of the political centers of the Mississippian culture were already in decline when they arrived. Some cities and settlements were abandoned altogether, leaving the Spanish to find their remnants and wonder about the people who once lived there. At the time of the first Spanish exploration, the area that is now Baton Rouge was inhabited by moderately sized chiefdoms, with independent villages and small, autonomous tribal groups in between them. Later Spanish explorations found that areas that had been inhabited on the first contact were abandoned, or greatly reduced in population, mostly due to diseases the Spanish unknowingly brought with them on the first trip there that the native tribes had no immunity to yet.

The name Baton Rouge means “red stick” in French. The area was given this name in 1698 when a French expedition arrived on the scene and found a red pole that indicated the boundary between the hunting grounds of the Houma and Bavagoula native people. The French translated a native word meaning “red stick” (istrouma) into their own language. The name is also a slight deviation from the Choctaw words for “red pole”, which were “iti humma.”

Europeans began to settle Baton Rouge in 1721, with French colonists being the first to establish a presence there with a military and trading post. Among the Europeans and Africans who lived there among the native tribes, the French-speaking settlers of Acadia in Canada were sent there by British forces who conquered Acadia from the French. The descendants of the Acadians kept their own culture separate from the many other ones around them and became the ancestors of today’s modern Cajuns.

Baton Rouge incorporated as a city in 1817. A large military barracks was built there that has been used by all the governments that have controlled the area over the centuries since European settlement. The barracks is now on the National Register of Historic Places.

Baton Rouge was permanently acquired by the United States in 1803, with the Louisiana Purchase. This purchase prompted additional settlement there by those of Anglo-American descent. Baton Rouge was deemed the capital of the new state of Louisiana in 1846. Construction on the capitol building began in 1847 and was unique among state capitol buildings in that it was Neo-Gothic in design, rather than a mimic of the United States capitol building in Washington, D.C. It, too, has been deemed a National Historic Landmark building. It is distinguished, just like Baton Rouge. 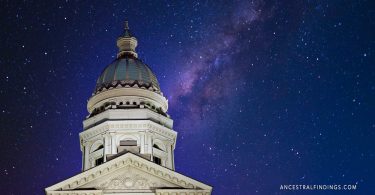 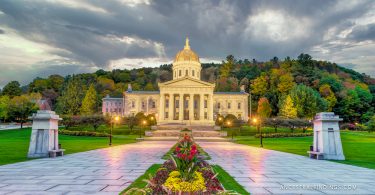