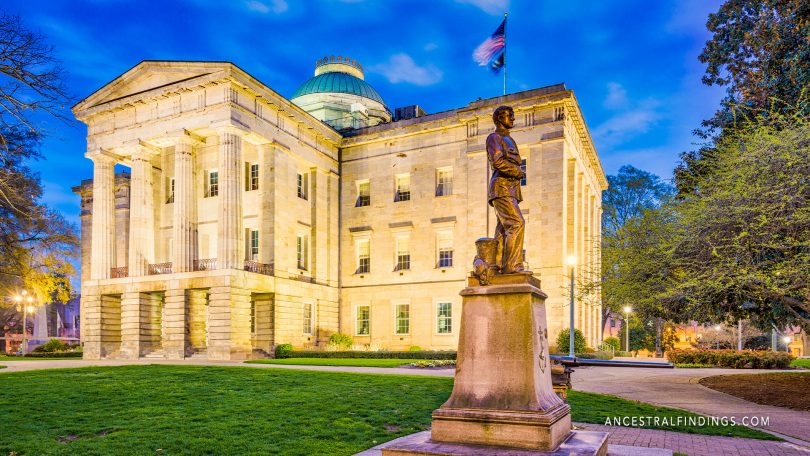 Raleigh is the capital of North Carolina, and it is also the county seat of Wake County. It is the second largest city in the state of North Carolina, with Charlotte being the largest. Because of the abundance of oak trees that line the streets in downtown Raleigh, it is known affectionately as the City of Oak. It has a population of about 475,000 and is named after the English explorer, Sir Walter Raleigh, who established the lost colony of Roanoke in what is today Dare County.

The city of Raleigh is the home of the North Carolina State University, which is part of the Research Triangle Park that includes Durham and Chapel Hill (home to Duke University and University of North Carolina at Chapel Hill, respectively). It is part of the Raleigh-Durham-Chapel Hill Combined Statistical Area, which has a population of just over two million people. The smaller Raleigh Metropolitan Area has a population of about 1.2 million people.

The majority of the city of Raleigh is located in Wake County, but bits of it go into Durham County. The city itself is an example of an early planned city in the United States. After the American Revolution, the city of Raleigh was selected as the capital of the state and was professionally laid out in a grid pattern. The North Carolina State Capitol Building, which is in Union Square, was located at the center of the grid.

The city was luck during the Revolution in that there were no major battles that were fought there, which left the city and its people relatively intact from before the war to after it. It did, however, struggle along with most of the rest of the new country after the war, as labor markets that the war had disrupted were re-established. It also relied too much on the agriculture industry for its economy, and only began to bounce back in a healthy way once other industries were established in the city. When the Research Triangle was established in 1959, it brought tens of thousands of new jobs to the area, which made Raleigh one of the most up and coming cities in the United States by the beginning of the 21st century.

While Native Americans, of course, lived in the Raleigh area for thousands of years before European settlers came, the first known venture by Europeans to the area came in 1587 when Sir Walter Raleigh sponsored a settlement expedition. Headed by John White, a group of colonists came with the intent to found a city called Raleigh and to live there. The site they landed at on Roanoke Island was about 190 miles from where Raleigh is actually located today. After landing, White left the settlers there and went back to England to get supplies they discovered upon arrival that they would need. When White left, one of the colonists he left behind was his newborn granddaughter named Virginia Dare, who was the first known English child to be born in North America.

White intended to sail back to Roanoke right away, but was delayed for three years by the threats to England being made by the Spanish Armada. When he was finally able to go back to the colonists in Roanoke in 1590, White discovered the colonists, including his granddaughter, were all gone. No one knew where they went and still don’t to this day. The only clue was the word Croatoan that was carved on a tree in the area where the colonists set up camp before White left them. These missing settlers are today known as the Lost Colony.

It was much later before another European is known to have come close to present day Raleigh. In 1701, an English explorer named John Lawson explored six hundred miles of land from Charleston, South Carolina to the mouth of the Pamlico River. This expedition ventured very near to the location of present day Raleigh. Later, in 1770, a planter who had moved to the area named Joel Lane petitioned the North Carolina General Assembly to create Wake County, where Raleigh is located. The petition was successful.

The North Carolina state legislature, after the Revolutionary War, authorized 1,000 acres of Joel Lane’s land to be purchased in 1792. This land was officially established as the long-desired city of Raleigh and was made the state capital. The Capitol building was built in 1794, and the State General Assembly met there for the first time in December of that year.

The selection of Raleigh as the state capital was a strategic one. Its central location in the state meant it was protected from raids off the coast. Pirates and British ships looking to make trouble in the new country were still real threats in those days. It was officially incorporated as the capital city in 1792 and received its official city carter in 1795.

The location was also desirable because it was only about eleven miles from a popular tavern called Isaac Hunter’s Tavern, which the state legislators enjoyed patronizing. Unlike most other state capitals, no other city or town (at least one that was known) had ever existed on the site of Raleigh before it was decided that the state capital should be there. It was planned and built with the sole purpose of it being a city that would serve as the state’s capital. The original boundaries for the city were the downtown streets called, creatively, North, South, East, and West. There were two main axes in the grid plan for the city, which met at a central square for the capitol building, and an additional square at each corner of the city. This grid plan was based on the plan Thomas Holme made in 1682  for the city of Philadelphia in Pennsylvania.

Raleigh may have started out as being intended only as a capital city, but it is so much more than that today. It is a leader in government and technology. 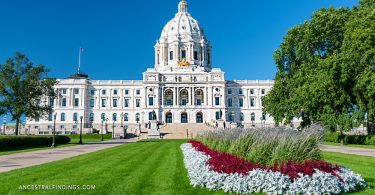 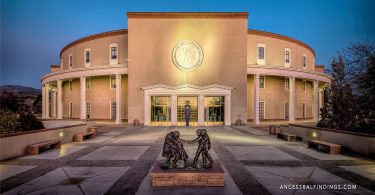