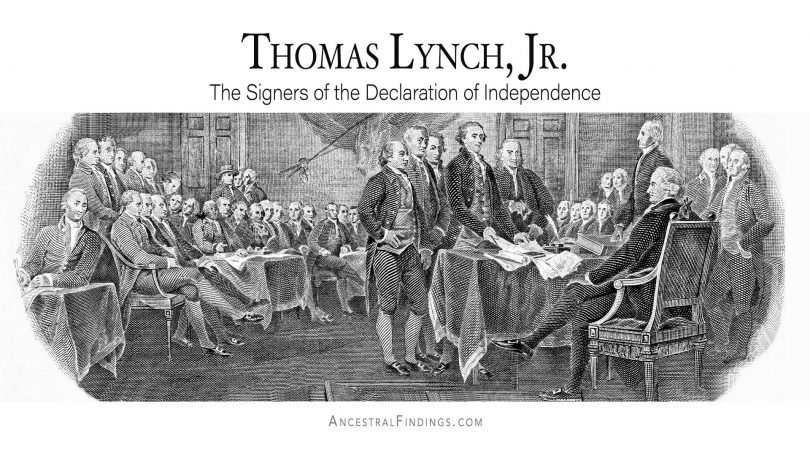 Thomas Lynch, Jr is one of the signers of the Declaration of Independence. While not a famous one, he nonetheless played an important role in American history, and his story is unique in many ways. This is what you need to know about this man.

Thomas Lynch, Jr was a signer of the Declaration of Independence, though not one of the famous ones. Still, his contribution to American history was no less important than the other Founding Fathers. He was born in Georgetown, South Carolina in August of 1749, to Thomas Lynch and Beverly Allston. He had two older sisters named Sabina and Esther.

Thomas’s mother died in 1755, and his father remarried to Annabella Josephine De’Illiard. Annabella was the sister of George William De’Illiard, who is credited with changing the family name to what it is known as today—Dillard. Thomas’s father and step-mother had a daughter together named Aimee Constance Lynch.

On his father’s side of the family, Thomas’s grandfather was Jonas Lynch of County Galway, Ireland. The Lynch family was expelled from Ireland during the wars with William of Orange. The family went to Kent, England, and that is from where Thomas’s father later immigrated to the American colonies and settled in South Carolina. Thomas’s father became a prominent man in politics in South Carolina, which allowed his wives and children to have a high level of access to education and wealth, as well as to influential personal connections in South Carolina society.

Thomas attended the Indigo Society School in Georgetown when he was young. This was part of his primary education. When his father felt he was ready for higher education, he sent him to Eton College in England, where young Thomas received academic honors. He later attended Gonville & Caius College in Cambridge, and Middle Temple in London, where he studied law and political philosophy. Thomas’s father was pleased with the education his son was receiving in England, and encouraged him to stay there after graduation to study law some more, as well as the principles of British law in particular.

Thomas stayed in England for eight years, completing his education and learning about the law. Once he was done, he returned to South Carolina in 1772. Though his father dreamed that his son would become a lawyer, Thomas, after all of that education in the law, decided against pursuing that career path after he returned to the colonies. Instead, he decided to get married and become a farmer.

Thomas married Paige Shubrick, a girl he had courted when he was younger, before he went away to England. They married shortly after he returned to South Carolina, becoming wed that same year. After they married, they lived at Peach Tree Plantation, which was located close to his father’s plantation. Thomas enjoyed being a farmer, though as a plantation owner “farmer,” his life was far more luxurious and easier than the typical subsistence farmer. He was, in actuality, a wealthy planter, and that wealth came by virtue of his father’s wealth supporting him as he started out in life.

While living a life of relative leisure, Thomas enjoyed engaging in political conversations with his neighbors and in his community.

Not long after his marriage, Thomas’s father died from a stroke, and his step-mother remarried to an influential political figure in South Carolina, the colony’s governor, William Moultrie. Thomas’s sister Sabina married James Hamilton, and one of their sons, James Hamilton, Jr, became governor of South Carolina in 1830.

Because of the political connections of his family, and his interest in political conversation, Thomas was elected to be a member of the Provincial Congress in February of 1775. This congress was put together to create a plan of government for South Carolina, with the assumption that it would become independent of Great Britain at some point, as revolutionary sentiment in all of the colonies was pretty high at this time. The congress put together the South Carolina constitution, which many people in South Carolina objected to at the time. In fact, the Continental Congress, which was meeting in Philadelphia at that time, also objected to it. It stayed in place as a temporary constitution, just in case there was a reconciliation with Great Britain at some point.

Thomas became a company commander of the First South Carolina regiment in June of 1775. This commission was given to him by the Provincial Congress. Thomas marched his men into Charlestown, but he became quite ill with a bilious fever during the march, and could not continue it. After he recovered, he was unable to serve as a military commander in the way he believed he should. As he recovered, he also learned of the declining health of his father, and asked the commanding officer if he could be given leave to go to Philadelphia, where his father was serving on the Continental Congress. Thomas’s request was denied at first. Soon after this, Thomas received word that he, too, had been appointed to the Continental Congress, and so he was allowed to go to Philadelphia.

Thomas and his father were the only father and son to serve on the Continental Congress together. Yet, only Thomas signed the Declaration of Independence, as his father was too ill to do so when it came time to do the signing. Thomas was also the second youngest delegate to the Continental Congress, and basically took over his father’s place there once he arrived. The only person younger than Thomas at the Congress was also from South Carolina (the signer Edward Rutledge), who was only younger than Thomas by a few months.

After signing the Declaration of Independence, Thomas and his father set out to go home to South Carolina together. On the way, his father suffered a stroke, his second, and died in Annapolis, Maryland in December of 1776. Thomas himself retired from public life early, at the beginning of 1777.

Thomas continued to be ill on and off once he returned to South Carolina, never quite bouncing fully back from the illness he had while leading his regiment. After a couple of years with not much improvement, many of Thomas’s friends and colleagues suggested he go to Europe, as perhaps a different environment would help him improve. Thomas and his wife decided to do this, and set sail for St. Eustatius in the West Indies in late 1779, intending to stay there briefly and then go on to Europe. Sadly, the ship never made it to St. Eustatius. It disappeared at sea shortly after disembarking from the colonies. Thomas and his wife were gone, leaving no children behind them. At only thirty years old, Thomas was not only the second youngest member of the Continental Congress, but also the first member of it to passed away.

As he had no children, Thomas made a will before getting on the ship, where he made the heirs of his sisters change their surnames to Lynch if they wanted to inherit his estate, which, after his father passed away, was the family estate. Thomas’s sister Sabina duly changed her surname back to Lynch, as did her husband. They owned and managed the estate until their son, John Bowman Lynch, was of age, when he took over its ownership. John and his wife had three sons, who became the next generation of heirs to the Lynch estate, and the Lynch surname went on through them.

Because Thomas passed away so young, and because he only served on the Continental Congress for less than a year, his signature is rare and highly sought after among collectors of American Revolutionary War memorabilia. A genuine Thomas Lynch, Jr autograph today sells for between $200,000 and $250,000. 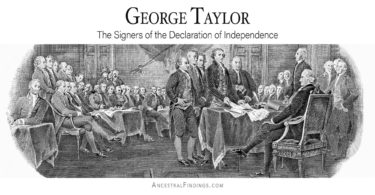 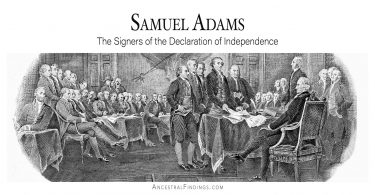