The 1930s were a decade defined by the Great Depression in America, and around the world. Yet, this was not the only thing that was going on in America at the time. Here are some events of the 1930s that would have had an important impact on your ancestors.

The 1930s in America are best known as the decade of the Great Depression. Yet, it wasn’t the only thing that was going on in the country at that time. There was an entire cultural scene of the 1930s in America that most people who weren’t there aren’t even aware existed. What were your ancestors doing in the 1930s? These pop culture facts about this infamous decade may help you to understand the lives of your ancestors better, which will help you to feel closer to them as people.

The Wizard of Oz Movie
The beloved classic movie, The Wizard of Oz, premiered in movie theaters in 1939. It won six Academy Awards, and is still beloved by people today, even the youngest generation. Interestingly, it was not as popular at its premiere as it became later. The movie did not make a profit for the studio that made it until it was re-released a decade after premiering.

Less Extravagant Styles
The clothing styles of the Roaring Twenties were super decadent and flashy. Because of the Great Depression, fashions of the 1930s were less so. Companies were looking for cheaper materials with which to make their clothes, which would allow them to sell them cheaply and still turn a profit.

The Invention of Scotch Tape
Initially called Scotch Brand Cellulose Tape, the iconic Scotch Tape was invented in this decade. This totally revolutionized how people were able to secure photos in albums and clippings in scrapbooks.

The Birth of Superman
The iconic man of steel superhero premiered in an April 1938 comic book written by Jerry Siegel and drawn by Joe Shuster. Superman went on to become one of the most financially prosperous and successful comic book characters of all time, so far.

The Hindenburg
“Oh, the humanity.” We’ve all probably heard those infamous words at some point before. They came from a radio announcer who was talking about the Hindenburg airship as it crashed. It is one of the most infamous air accidents of all time, and definitely of the 1930s. The Zeppelin ship (now called a blimp) erupted in flames as it attempted to dock in Manchester Township, New Jersey in May of 1937. Blimps were filled with highly combustible hydrogen at the time. There were thirty-five passengers killed in the crash, of the ninety-seven on board. Blimps were not used for commercial passenger air travel in this country after that. Prior to this event, your 1930s ancestors may have had the opportunity to ride in one.

Interesting Inventions
Despite the Great Depression, the 1930s were a decade of innovation. This decade saw the invention of the ballpoint pen, which is something that we all rely on today. The electric razor was also invented in this decade, as was the Polaroid photograph, nylon fabric, and the photocopy machine. Our 1930s-era ancestors would have had the chance to be among the first to enjoy the innovation and convenience offered by these new things. 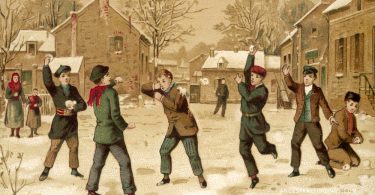 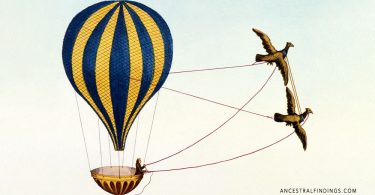