If you have French ancestry, you will want to know a little more about French surnames and their history. This information will let you know more about your French ancestors than you imagined.

If you have French ancestry, you are in good company. Hundreds of millions of people around the world can claim descent from this ancient nation. Like most countries in Europe, the French people did not start using surnames until the Middle Ages. Before that, the villages were small, and most everyone in one knew everyone else. There was not much mobility, either. People tended to live in the same village for their entire lives, and it was that way for generations.

Surnames only began to be used when some villages grew into cities, and people started moving from the village of their ancestors in search of more farmland, more fertile soil, or new job opportunities. Then, they needed something other than a first name that they may have shared with several other local people to distinguish themselves. Thus, surnames were born. Here are the four most common categories of French surnames, and what they mean. This information can help you a lot in your genealogical quest for your French ancestors.

This was the first type of surname used in most European countries, and France was no exception. The first use of surnames was recorded in France in about the 1000 A.D.’s, though it was still a few centuries before their use in France became common. When they first began to be used, people started with the patronymic/matronymic surname.

When it was necessary to distinguish two or more people with the same first name, it was usually done by referencing the name of their father or mother. Charles, son of Louis, or Anne, daughter of Charlotte, would be common ways of referring to people. Over time, the names of the parents became the surnames of individuals.

In French, both “de” and “Fitz” mean “son of,” and are used at the start of a surname. The patronymic surname was by far the most common type, with the matronymic surname (the first name of the mother) only being used if a person’s father was not known.

Every now and then, a suffix would be added to the end of a parent’s name to use as a surname for someone. Suffixes like “eau,” “elot,” “elle,” “elin,” and “elet” all mean “little son of.” This was often given as a term of affection for a child, usually one who had a parent with the same first name as them, and it usually followed them into adulthood, becoming their permanent surname.

The second most common type of surname was one based on the occupation of an individual. If a person did not want to be associated with their parent or family if they were in hiding or establishing a new identity, or if they just wanted to bring more business to their doors by being intimately associated with their profession, then using their profession as a surname made sense.

Telling someone to go see Jacques the baker for the best bread in town eventually became Jacques Fournier (the French word for baker). Since professions were commonly handed down through generations of families in the Middle Ages, the occupational surname had a good chance of gradually becoming the permanent surname of a family.

Common occupational surnames in France include such names as:

There were times when a family surname or occupational surname did not do a person justice. There were people in villages, and later, cities, who had such distinguishing features that those features were the way other people usually referred to them. Telling someone they should go visit Pierre the Blond (LeBlanc in French) would be what a person in the Middle Ages would say when referring to the person with the brightest, blondest hair in the village. Over time, the family took on these descriptive surnames, even if those family members no longer fit the description of the original individual whose looks inspired the surname.

Some common French surnames include:

These surnames came later in the history of surnames. When people began to move from the villages of their birth and ancestors, they required a way to describe themselves to people in their new residence that would let those new neighbors know who they were. Knowing where a person came from inspired trust and was used as a surname in a new place, even if that person had a different surname in their original village. Like other surnames, the geographical one eventually came to be used not just by one new person in town, but by their children, grandchildren, and descendants down through the generations.

Some common French geographical surnames include:

When you know a little about the history of French surnames, you can easily use them to trace your family tree back farther in France and learn a little about your ancient French ancestors as you do so. 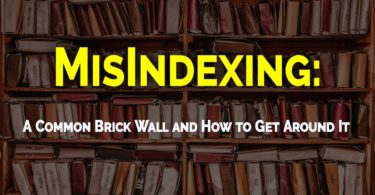 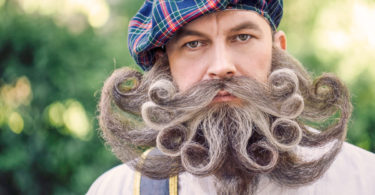