Every German surname is a piece of German history. It tells you about the person or people who originally bore it in a way the history books and archives will not. In fact, the surname will often give you information about your German ancestors that is not recorded anywhere, but is present in the surname, offering you tantalizing glimpses into your ancient German ancestors of the Middle Ages, such as their parentage, their occupation, their appearance, their place of birth, their personality, and more. If you have German ancestry, here is what you need to know about German surnames, their meanings, and what they can tell you about your German ancestors of long ago.

Like most of the rest of modern-day Europe, surnames did not come into use in the city-states, duchies, and mini-kingdoms that would one day comprise the nation of Germany until the Middle Ages. Before that, they were not necessary, as people lived in feudal societies where there was not much mobility, meaning everyone in town knew everyone in town for generations back and were probably all related to each other at least peripherally.

However, when feudalism ended and people received the ability to become upwardly mobile, many of them began moving to places where they and their family were not known. They needed a way to distinguish themselves from other people in their new town or city with the same first name. Thus, surnames came into use. In the area that is now Germany, the first surnames appear on paper records in the 1100’s A.D., though they may have been used earlier and just not written down anywhere.

The most common type of early surname in Germany was an occupational surname, which is a bit different from other European countries that went with the patronymic surname first. When people moved to a new place in Germany, the easiest thing to do to distinguish themselves was to attach their occupation to their first name. Because occupations were usually handed down from father to son, the son used the occupational surname his father used, and it eventually passed down enough generations to become the accepted family name.

There are about 850,000 different surnames in today’s Germany. The most common surname in the country is Muller and is used by 700,000+ people. It is the English equivalent of Miller, which means there were an awful lot of people in the Middle Ages in the German region who took up milling as their occupation. The second most common surname in modern Germany is Schmidt, which is the German version of Smith, meaning being a smith of any kind (blacksmith, silversmith, goldsmith, coppersmith, etc.) was also a popular Middle Ages German occupation.

Interestingly, the third most popular surname in modern Germany is Meier, which means Mayor. In the Middle Ages in Germany, this title was held by a peasant of high rank who was entrusted with supervising the property of his local nobleman.

There are even occupational surnames for jobs that only existed in the Middle Ages, but are still in use as surnames in the modern era. Wagner (also Wegner and Wegener) meant someone built wagons. Schulz and Schultz was the occupational name of the administrator of a manor or estate, who was responsible for collecting rent from the tenant farmers.

Like other places in the Middle Ages, a person’s surname might be bestowed upon them by other people if they had a physical or personality trait that was so pronounced or unusual that it distinguished them from everyone else. Schiller is an example, and it wasn’t necessarily a compliment; it meant someone who cheated other people. Someone with the surname Krause or Kraushaar meant that person had unusually and often wildly curly hair.

Then, there are the place name surnames. People sometimes just referred to themselves by the town or region from which they came, if they had moved to a new place. Adenauer is a popular German surname meaning that someone was from the town of Adenau; interestingly, that surname is not common in Adenau, probably because people only took it up as a name after they moved away from there. It is more common in the neighboring Rhineland area and in the city of Aachen.

There is a special interest in Germany right now in cataloging all the surnames in the country and researching their history. The website Digital Dictionary of Surnames in Germany has been up since 2015 and allows the general public to research their own German surnames. This project was begun by the Academy of Sciences and Literature in Mainz, Germany, and its eventual goal is to include all surnames in Germany, even those originating outside of Germany, in the database.

If you are interested in the deep history of your German surname, the Atlas of German Family Names website is a good one for you to use. It traces, with documentation when possible, the historical development and distribution of surnames in Germany. The distribution has thus far proven to be astonishingly stable for names going back several centuries. Both of these surname project websites can be found on Namenforschung.net.

The interest in studying surnames in Germany is there because these names are like living fossils, and provide a strong oral record of the family and linguistic history in Germany. People are naturally interested in the origin of their surname, as well, because they use it their whole lives in most cases, but its meaning often remains a mystery. When the mystery is solved, people can gain so much more of a sense of self, and of belonging, and even of their place in the history of Germany.

Of course, in modern day Germany, the laws have changed so that women are not automatically given the surname of their husband at marriage. Instead, they can choose to keep their maiden name, and men can even adopt the surname of their wives. The times may change, but so far, German surnames have remained the same as they were in the Middle Ages. 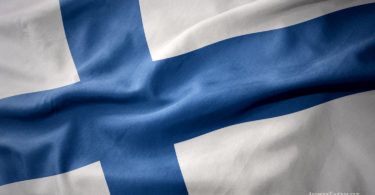 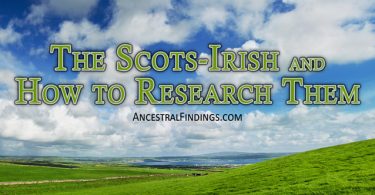