Andrew Johnson was the first American president to be impeached. Why was he impeached and why did he get to keep his office? It’s an interesting story.

President Andrew Johnson has two important distinctions in American history. One is that he was Abraham Lincoln‘s vice-president and became the nation’s 17th president after Lincoln’s assassination. The second is that he was the first president to be impeached (and the second, with Bill Clinton). Impeachment is a formal hearing in the House of Representatives that is done to decide if formal charges of wrongdoing are warranted. If the impeachment is successful, a full trial will be held by the Senate to determine if the president or other high-level government official will be removed from office.

In both Johnson’s and Clinton’s cases, the House of Representatives voted to send them to the Senate for trial to be removed from office. In both cases, the Senate acquitted them, and they were allowed to remain in their presidential positions.

So, why was Andrew Johnson impeached, and why did the Senate ultimately decide to allow him to remain president? It’s an interesting story and one that is not a well known historical tale today. However, it tells a lot about the political climate in the United States immediately following Lincoln’s assassination and the end of the Civil War, and how one president’s actions impacted it all.

When Lincoln was assassinated, he was working on putting together a plan for reconstruction in the south that was pretty lenient toward the seceded states. No one was to be prosecuted for fighting for the Confederacy as long as they signed an oath to be loyal to the United States and follow all federal laws, including the ones abolishing slavery (high-level military leaders and Confederate government officials were exempt from this amnesty). When 10 percent of voters in the 1860 election had signed the oath, a state could be re-admitted to the union. When Johnson took over as president, he was committed to following through on Lincoln’s reconstruction plan.

Johnson, like Lincoln before him, was having trouble with Secretary of War Edwin Stanton, who favored a more strict reconstruction plan for the south. So, Johnson removed him from office. This was a violation of the Tenure of Office Act, which Johnson vetoed, but which Congress overrode in another vote. The Act prohibited the president from removing any appointed official from office without the approval of Congress.

Johnson believed the Act was unconstitutional and wanted the courts to decide on its legality. However, Congress, which was controlled by people like Stanton who wanted a tougher reconstruction policy than Johnson was willing to implement, impeached Johnson for violating the Act instead.

When the House of Representatives sent the case on to the Senate for trial in March of 1868, Johnson received 35 “guilty” votes and 19 “not guilty” votes. This was only one vote short of the 2/3 majority vote needed in the Senate to remove him from office. So, despite most of the Senate finding him guilty, Johnson got to remain president. He was not, however, re-elected to office in the next presidential campaign.

It wasn’t until 1926 that the U.S. Supreme Court finally made a decision about the Tenure of Office Act. They found it unconstitutional, just as Johnson believed it to be. 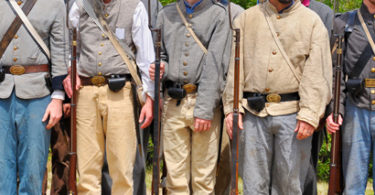 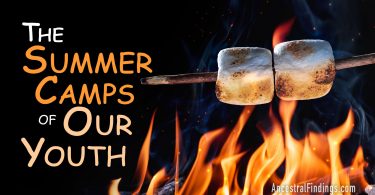