Did Richard III have a real, genetic claim to the throne of England? Testing on his Y-DNA calls it into question. Researchers are still studying it.

It is now well known in the genealogical world that the long-missing remains of Richard III, king of England from 1483-1485, were discovered underneath a parking lot in the United Kingdom a few years ago. While the appearance and condition of the skeleton would have provided enough anecdotal evidence consistent with contemporary accounts of his appearance and the battle that killed him to identify it as Richard, it was the mtDNA that gave researchers a definitive identification of this infamous king.

The mtDNA used to identify Richard comes from the mother’s side of the family and is passed down to daughters and sons. However, only daughters can pass it on to their children; sons cannot. Researchers who unearthed the skeleton and did the tests necessary to identify it included genealogy in their methods; to identify Richard based on his mtDNA, they needed a direct-line female descendant of his mother, Cecily Neville. Cecily had many children… thirteen or even fourteen by some accounts. Only two of them outlived her.

Genealogical researchers looked at the lines of descent of all of Cecily’s daughters who were known to have had their own children and kept looking for daughters who had daughters. All of these daughters would have the same mtDNA as Richard, as they would have inherited it from Cecily, just as Richard did. Eventually, one of Richard’s sisters, Anne of York, was discovered to have a direct female line of descent extending into the present day. Members of two different lines of Anne’s descendants gave DNA samples, and their mtDNA matched the mtDNA in the skeleton presumed to be Richard. It was even an uncommon mtDNA type, making the identification that much more sure.

While the mtDNA provided the definitive identification of Richard, there was still another type of DNA to explore. That was Richard’s Y-DNA. Y-DNA is a paternal DNA. It is only passed down from fathers to sons. Daughters do not inherit Y-DNA at all. Using Y-DNA, you can trace a line of men far into the past, and right up into the present. While researchers did not need Richard’s Y-DNA to identify him, they had a curiosity about his male line DNA and where it would lead them. What would it tell them about his male ancestry, and descendants on the male side of his family?

While Richard left no known male descendants himself… his only legitimate male heir died at around 10 or 11 years old, and his known illegitimate sons did not leave any known children… there was still Y-DNA to be had that should match Richard’s. It wouldn’t come from his brothers, either. His brother Edmund was killed at 17 before he could have children of his own. His brother George left a son and daughter, but only the daughter left descendants. His brother Edward, who was king of England before Richard as Edward IV, had three sons, but none left descendants, either (in fact, two of Edward’s sons were the infamous Princes in the Tower, who disappeared shortly after Edward died, giving Richard the opportunity to become king).

So, where did the Y-DNA used to compare to Richard come from? It came from his father’s uncles. They had the same male line heritage as Richard, and the Y-DNA of their male descendants should match Richard’s perfectly.

Researchers discovered two breaks in the Y-DNA of Richard’s male line. While they were able to get a sample of Y-DNA directly from Richard’s skeleton, it did not match up where it should on the DNA samples they tested, using five living male descendants of King Edward III, who was Richard’s direct male line 3rd great-grandfather. The Y-DNA of one of the living men did not match those of the others. When a sixth man came forward with a solid family tree linking him to Richard’s male line, his Y-DNA was different from both Richard’s, as well as the man in the first group whose Y-DNA, didn’t match the others. This means the male line was broken by affairs twice.

This was an interesting development. Other studies of historical rates of illegitimacy showed that the father was actually the real father far more often than was usually assumed. Women in the past had to be very careful if they had an affair. They and/or their lover could be killed for it sometimes and cultures. Even if they were allowed to live, the man would often suffer some kind of mutilation as penance (or at least pay a heavy fine), and the woman would be sent to a nunnery. If the errant lovers were of the noble class, and especially if the woman was, it was an even more severe matter. Men needed to know their heirs were really their heirs, and the question of paternity had to be secure.

Women did not have much opportunity to actually get out and mess around for much of human history.

However, human nature being what it is, and much the same over the centuries, there were times when love did conquer all, and women and their lovers found ways of being together, not getting caught, and actually successfully passing any resulting children off as that of the husband. These secrets were so successfully kept that we would never know the truth were it not for Y-DNA.

What researchers do not yet know is whether these breaks occurred before Richard’s birth, or after (or one of each). The implications of this are intriguing. If one or both of the Y-DNA breaks happened before Richard was born, it might put his royal status into question. Richard’s entire family based their claim to the throne of England… the claim that would lead to the Wars of the Roses… on their supposed descendancy from an elder son of Edward III (whereas, the king at the time the war started was a descendant of a younger son of Edward III). What if Richard, his brother, and his father had no biological claim to the throne at all? The Wars of the Roses would have been for naught, and even the Tudors and the Stuarts who came after them would have had no biological claim to the throne.

There is also the possibility, being that he was Richard’s cousin, that the King Henry VI he and his brothers overthrew might not have been a legitimate heir, either.

Furthermore, would it call the claim of the current royal family into question? They are direct descendants of Richard’s niece, Elizabeth of York (his brother Edward IV’s daughter). If Elizabeth had no claim to the throne, would that mean the current Elizabeth II doesn’t, either? Much genealogical work would have to be done to determine it, as the current royal family claims descent from more than one royal family line. It would involve testing other royal skeletons from times past, which is something Elizabeth II has been unwilling to allow to be done just for historical curiosity’s sake. Maybe future kings and queens of England will allow it.

If the break in the Y-DNA came after Richard, then his legitimacy for the throne and that of the current royal family is safe. However, it does call into question the legitimacy of the current.

Learn More from the University of Leicester. 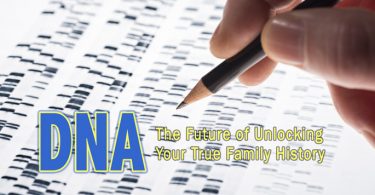 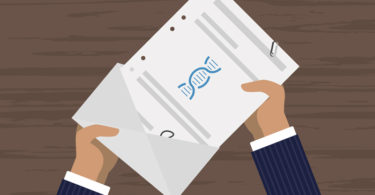