Do you have Spanish ancestry? If you do, then knowing about Spanish surnames, including how they were formed and their meaning, can help you not only trace your family but learn more about your ancestors in ancient times.

If you have Spanish ancestry, you will almost certainly come across one or more Spanish surnames during the course of your genealogy research. These surnames are very common in Europe, North America, Central America, and South America, and have a varied and storied history behind them. Knowing how they were formed, and their meanings, can give you clues to your Spanish ancestry that may help you further your research, and take those lines back farther in time. Since most Spanish surnames can be traced back to Ancient Rome and the Visigoth invasions of it, this may mean being able to trace your family back pretty far, as long as you can find the written records.

Here are some common Spanish surnames, their origins, and their meanings.

Two Surnames in the Spanish-Speaking World

Therefore, if someone had a mother named Maria Diaz Hernandez and a father named Julio Martinez Rodriguez, that individual’s surname would be Diaz Martinez.

The tradition of using two surnames in this way goes back centuries and was introduced into fashion by the Castilian kings in Madrid. Royal and noble families used this way of creating a surname for most of the Middle Ages, but it did not make its way to the common people until the 1800s. It is the most typical way of forming a Spanish surname now, and it is unique among Western cultures in that it honors both the family name of the father and the mother.

Like most other places in Europe, Spanish surnames originally developed to either tell who someone’s father or mother was, what their trade was where they were born or a distinctive personality trait of theirs. Also, like other European nations, the patronymic surname (one that tells who a person’s father was) is the most common of these types of surnames.

An astonishing number of Spanish surnames end with suffixes like: ez, az, iz, and oz. All of these suffixes mean “son of.” It identifies the name of the father of a person. So, Fernando Perez is the son of Pero or Pedro (which translates to Peter in English). This way of naming is found in the most common Spanish surnames today, and, like the dual surname, is useful for learning the names of the parents and grandparents of a Spanish ancestor.

While there is a variety among Spanish surnames, an astonishing twenty percent of modern Spaniards and those of Spanish descent use the same ten surnames. These are the most common surnames in the Spanish culture today, so they are significant in genealogy research. Their commonality means you are likely to come across them in your research. Therefore, it is helpful to know what these surnames are, as well as their meaning, to help you learn more about your more ancient ancestors.

Rodriguez — This surname is a patronymic one, and it means “son of Rodrigo.” Rodrigo is the Spanish form of the German surname Roderick, which means “famous power.” Rodriguez is likely such a common surname in Spanish cultures because one of the last Visigoth kings in Christian Spain was named Roderic. The name Roderic was viewed as a symbol of resistance among the Spanish people during the time of Caliphate rule, and became quite popular as a first name, and, subsequently, a surname.

Fernandez — Another patronymic surname, meaning “son of Fernando.” Fernando is the Spanish form of Ferdinand, which means “brave traveler.”

Gonzalez — This is the second most popular Spanish surname in the world today. It comes from the German name, Gundisalv. “Gund” is German for “war,” while the meaning of “salv” remains a mystery.

Garcia — This is the most common surname in Spain, and the second most common in Mexico today. It has its origins in the Basque name, Gaztea, which means “young warrior.”

Martin — This originates from the Latin word, Martinus, which is a form of the name of the Roman god of war, Mars. It is quite common in Spain and Latin America. Interestingly, it is also the most popular surname in France, though this is usually attributed to missionary work done there by St. Martin of Tours.

Lopez — This means “son of the wolf.” It also comes from the Latin word for wolf, Lupus. In ancient Roman history, Romulus, the founder of Rome, was the son of a female wolf. Though Lopez is a patronymic surname, it also reflects back to the days of ancient Roman occupation in modern-day Spain.

Sanchez — This word is from the Latin word, Sanctius, which means “sanctified” or “blessed.” It means “son of Sancho,” or “son of the blessed.”

Perez — This patronymic surname has Hebrew origins, meaning “son of Pedro” or “son of Peter.” Some scholars believe the name originated with the son of Judah from the Bible. Judah’s son was named Perez, which means “to burst forth” in Hebrew. It was common for Sephardic Jews in Spain during the Spanish Inquisition to adopt the surname Perez to fit in to that society and escape persecution, because it sounded like a Spanish surname, while still maintaining a Jewish origin.

Martinez — A patronymic surname that is a variation of the other common Spanish surname, Martin.

Gomez — This is a Spanish surname that has origins in the German language. The German Visigoths used the words “goma” and “gomo” as the words for “man.” This is remarkably similar to the Latin word for man, “homo.” Therefore, Gomez literally means “son of man.”

Once you know the meaning and origins of Spanish surnames, it becomes easier to use them to trace your own Spanish family farther back in time and to learn more about the lives and personalities of your ancient Spanish ancestors. 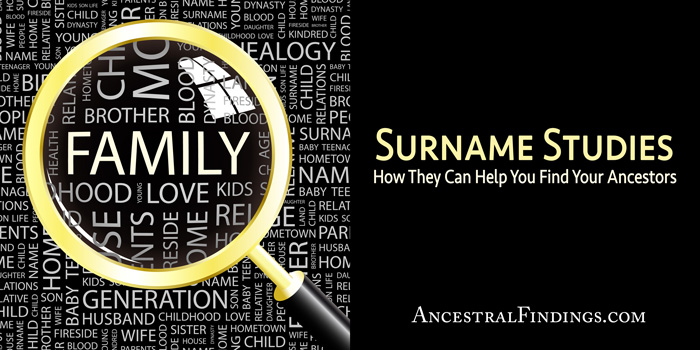