The 1830 US federal census is a unique snapshot in time, showing us what the country and our relatives looked like at that one moment in time. Despite not recording the names of every family member—only heads of households—it still provides some truly valuable genealogical information. Here’s what you should know about the 1830 US federal census.

The 1830 US federal census was the fifth one conducted by the US government. It began being enumerated on June 1, 1830. Unlike earlier censuses, which experienced a significant loss of records over the centuries, the 1830 US federal census is only missing records from a few counties. These missing counties are all in Massachusetts, Maryland, and Mississippi. This means that this census will be of great genealogical value to most researchers who are doing American genealogy.

Like the four censuses that came before it, the 1830 US federal census only records the names of the heads of households. Beginning genealogists should not take this to mean that the census is of no use to them. There are other columns besides “name” on this census, each of which can provide valuable genealogical information, not only on the named head of household, but on the unnamed individual members of a household, and of individual families as a whole. It can even provide important information on neighborhoods and counties that can be of use to any person conducting American genealogical research.

This census showed that the population of the United States in 1830 was almost thirteen million. Of these thirteen million, a little over two million were slaves. Grant County, West Virginia served as the center of population for the country at this time. This was the first US census that recorded any individual city having a population of more than two hundred thousand. In this case, it was New York City.

The following questions were asked on the 1830 US federal census:

Using this information, genealogists doing American genealogical research can discover the following things about their American ancestors in 1830:

Age groups are broken into smaller groups in this census than in previous ones, which can assist in identifying wives and children who are not named. This is also the first census to list the number of deaf, blind, and mute people in a household, and to also include slaves in those categories.

The territory of the United States was also expanding, with explorations going into areas of the Louisiana Purchase from two decades prior, and people beginning to settle these areas in earnest. Manifest Destiny was the rule of the time. Parts of the United States that had previously been inaccessible, or difficult to reach, were now easily visited with the coming of the railroad to the country. It began being expanded farther and farther west, making migration a much simpler process for those with the means to use it, and bringing supplies to remote areas became easier, as well. This opened up vast swaths of the continent to US settlers who wished to find areas with more land available to them and new economic opportunities.

When you use the 1830 US federal census in your genealogical research, you are looking at a snapshot of your family as it was in that year. You can also place your family in the context of the United States as a whole during this time of change and technological progress. It is a valuable genealogical tool, and one that anyone doing American genealogy research should have at their own disposal.

Download the 1830 Census Blank Form to help you in your research. 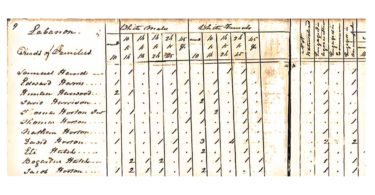 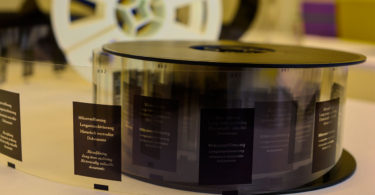